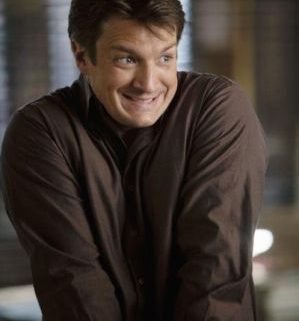 After a couple of weeks off the show was back in full swing with a visit to the set of a fictitious soap opera called Temptation Lane. And Fillion probably felt right at home in this episode since he paid his soap opera dues way back when on One Life To Live.

The show opened with the body of the week (the soap’s head writer) falling from a closet onto the set during the taping of the show. The poor woman had been killed with a fire ax, which, to me, looked more like a prop from Who Framed Roger Rabbit? Even so, it fit perfectly with this light and humorous episode. 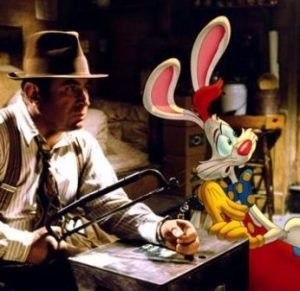 But…(yep, here it comes) Lanie had to open her mouth, spilling the usual flow of stupidity. So I’ll get that out of the way first. REMEMBER, I only point this stuff out so writers, and others, won’t think this is how it is in real life. You guys asked me to do this so there’s no need to complain about my Lanie-bashing! Okay, here goes…

Lanie, while displaying enough cleavage for three women, squats beside the body and says, “Spinal cord was severed with an ax.” 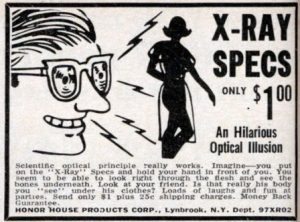 Well, I guess she’d brought along a pair of those x-ray specs you can order from the back of comic books, because that’s the only way she could have known the extent of the injuries at this point. And she didn’t stop there, continuing with, “Upon contact (with the ax, I guess) her lungs filled with blood causing her to drown.” WHAT??????????? Boy, those x-ray specs are really worth all one-hundred pennies. In fact, every detective and pathologist should run out and buy a pair today!

WAIT, there’s more. Lanie says, “Based on the CSU sweep (I didn’t know those folks reported to her) the victim was killed here. The killer cleaned up the blood spatter and then shoved her (the victim) in the closet.”

How (shaking my head vigorously from side-to-side) would they be able to tell where the victim was killed if there was no spatter? THAT’S what they’d use to determine the position of the killer and of the victim.

Enough of Lanie, and believe me, I’ve had enough Lanie “VooDoo M.E.” to last a lifetime. I did like how Beckett and crew eliminated suspects as a means of reaching their goal. That’s normally how it’s done, unless the clues are really obvious. So, good job there. The rest of the investigation was a yawner. In fact, I pegged the killer from moment one, almost as if she had a flashing red arrow hanging above her head throughout the show. However, this episode really wasn’t about  the murder. It was meant to be fun and it was. Lots of great one-liners, and lots of Fillion’s silly side. Beckett was fun, too. Well, with the exception of the phone call at the end. That’s getting really old. But I’ll leave the mushy stuff to Melanie. And speaking of Melanie…what’d you think of this week’s show?

This nod to Nathan Fillion’s days on One Life to Live reminded me why I love the show in the first place: snappy banter, inside jokes, and heated (though small) Castle-Beckett moments.

• Castle started with the banter and flirted with Kate, and she gave it right back throughout the episode. 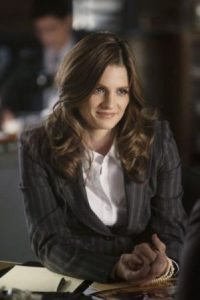 • Rick nailed Kate as a “shipper” — someone who invests in a relationship on a TV show (That would also be me, but we’re talking about Kate and Temptation Lane… right?)

• Castle mentioned the name “Esplanie” for the pairing of Lanie and Esposito… a highlight that cracked me up because that name for the couple first came up on my favorite fan site. (Along with “Caskett” for the Castle-Beckett ship. Creepy, yes… but it fits.) 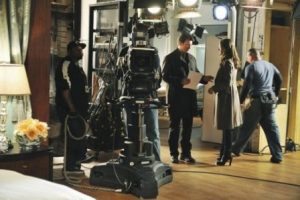 • Beckett and Castle built theory together in classic fashion. Too cute, especially when Ryan and Esposito called them on it.

• A fabulous Castle-Beckett scene at the end of the show after Rick gives Kate a signed picture from the cast of Temptation Lane. The kind of scene that makes my little Caskett heart go pitter-patter… only to be interrupted by a phone call from Josh (Dr. Motorcycle Boy) to Beckett. Worst. Timing. Ever!

All in all, I enjoyed this episode that took us back to the Castle basics. Can’t wait for next week, when a juror drops dead in the jury box.

And just for fun 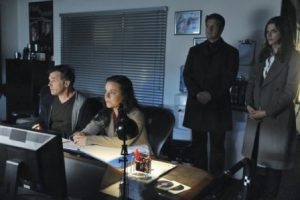 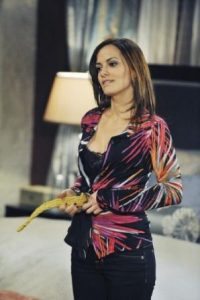 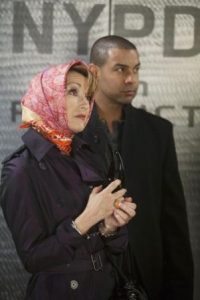 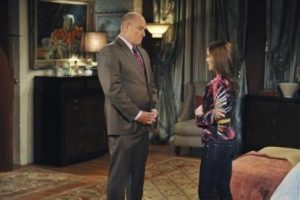 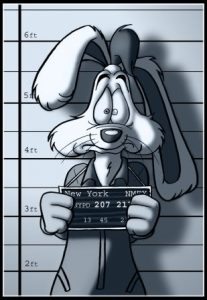 Shooting For Survival: Are You Prepared?
Scroll to top