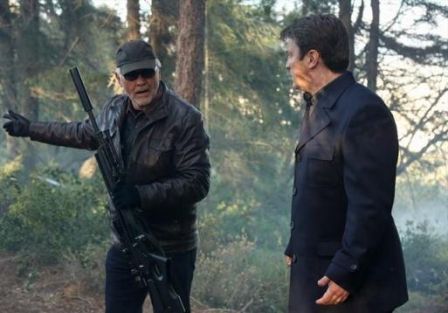 Believable make-believe. That’s the cornerstone of a good work of fiction. Think about it for a minute. Do we honestly believe that a person exists on this planet who could do all the things that Jack Reacher (Lee Child’s fictional hero) is capable of pulling off? How about Stephen King’s characters? Or, Dean Koontz’s Odd Thomas? Of course we don’t actually believe they could do the things they do. However, our imaginations combined with a love of adventure and fantasy allows us to “believe” the make believe worlds that we read about, or that we see on TV and in movies.

Perhaps, somewhere in the far corners of our minds we secretly long to be like our fictional heroes, the Jack Reachers and Richard Castles of TV, books, and/or film. Whatever our reasons, we love a well-crafted story. And, that’s exactly what we saw in last night’s episode of Castle. In fact, I’m even going as far as to say that “Hunt” was one of the best episodes of Castle to date, if not the best.

The Hunt episode was a success in many ways. First of all, it was definitely believable make-believe. Even though I knew that much of what we saw last night was total phooey, I still “believed” what I saw unfold during the show. You all know that I watch for the inconsistencies in their police procedure and forensics, but the police stuff took a back seat last night. Instead, I found myself totally engrossed in the characters, especially Castle and his father, Jackson Hunt, a name that sounds made up, and was, according to Mr. “Hunt.”

We all know that the FBI couldn’t take control of video cams in Paris, especially as quickly as they did. We also know the likelihood of those cameras being in just the right spot to record the transfer of money for the hostage was, well, sort of wacky. How about Castle’s “hired gun” leading him to the one building in Paris where Alexis had been held hostage? Remember, he found it because some guy, a mole-like blind guy in an underground high-tech audio-visual lab, was able to pinpoint the building by zeroing in on everyday sounds he heard on a recording. Again, that’s pretty goofy.

Sure, it’s possible to separate sounds and then use something that’s unique to a particular location to help pinpoint a specific area—a train whistle, or something else distinct, like a man yelling, “Welcome to Disneyland.” Still, the characters in last night’s show delivered nearly every single scene in a very realistic fashion, even Mr. Mole’s “20,000 Steps Beneath The City” lab.

Did anyone else wonder why the bad guy’s computer hard drive was merely sitting inside the stripped-down device? Couldn’t they at least have had Ryan unplug it, or something? That was a bit of lazy writing and direction. By the way, it is possible to retrieve some information from a badly damaged hard drive, including one that’s smashed, or one with holes drilled through it.

Yes, I know the scene where Beckett used her foot to shove the woman to the floor wasn’t really a proper police tactic, and neither was saying, “I’m not a cop today, honey.” But she looked great while doing those things. Oh, and the scene where she kicked open a locked door with a high-heel-clad foot…wouldn’t happen. However, they were going for “Tough-As-Nails-Beckett,” which was a refreshing change from the “Mousey-Beckett character we’ve seen lately.

Okay, since this episode was largely based on characters who were not law enforcement, there was very little police work to pick apart. Therefore, I’m going to turn it over to Melanie who I’m sure was absolutely squealing with delight at every shed tear, touch of a hand, and let’s not forget the hugs…and there were plenty of those to go around.

Melanie, has the pitter-patter of your shipper’s heart calmed down enough yet to write something for us?

Tonight’s episode was the second half of a two-parter that began last week with Target. To catch you up, Alexis, Rick Castle’s daughter, was kidnapped, and now Castle, Beckett, and crew are on the hunt to find her. This one centered around Rick sneaking off to Paris in search of Alexis.

I loved how invested Kate was in the case and how she held Rick’s hand and supported him while he waited to hear if the kidnappers had released the girls. My heart broke for him when Sara’s family paid the ransom and got their daughter back, but Alexis wasn’t with her. Kate never stopped fighting, even then, trying to solve the case so she could find Rick’s child.

Then after Rick left the station, she went to the loft to check on him. How great was that? Her reaction when she found out he had flown to Paris was right on target, IMHO. Closing her eyes and looking so desolate, so scared… perfection. Her kickass interrogation scene when she went after that woman for information was priceless, too. What she did might not have been legal, but it definitely struck a chord with viewers. I read countless tweets praising her kickass-ness. “I’m not a cop today, honey.” Boo-ya, Beckett!

Later in the episode, I adored the scene when Rick learned “Jackson” was his dad. Yes, it echoed the classic, “Luke, I am your father”, but I can live with that. I thought they looked kind of alike, too. And Nathan’s acting… just amazing. He killed it in that scene.

I felt like they crammed too much into one hour and would have liked to have seen more action leading up to and during Alexis’ escape, but I know they were strapped for both time and funds. This is network TV, after all. Did you know that only Molly (Alexis), Nathan’s stunt double, and a couple of crew members went to Paris? Nathan was never really there. Amazing. They did a fabulous job making it all look real.

The last scene was the best one of all, though, if you ask me. A homecoming with Martha and Kate waiting for Rick and Alexis in the loft. How perfect was that? Kate’s relief, her warning, Rick’s promise, their kiss, and the way Kate hugged Alexis — just… wow. I won’t tell you how many times I’ve watched that little vignette already. Best. Scene. Ever!

I loved these two episodes. They were so much better than the two-parters in previous years that tried to go too big, with crazy plots about blowing up the world and such. This one was much more personal, more real (even with the spy plot), and brought out so much more emotion. Kudos to the entire cast and crew. I just hate they all didn’t get to go to Paris!

The next episode, in three weeks (thanks to basketball), should be a funny one. Rick thinks he’s cursed. Oh, really? Hahaha. We need to laugh a bit after all this drama. 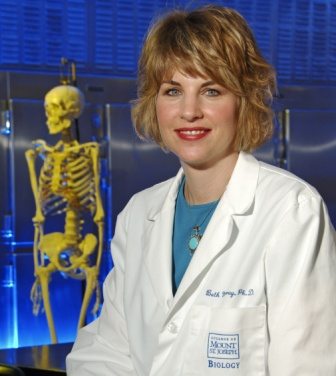 Dr. Murray was also one of the key players in my true crime tale Murder On Minor Avenue.

Please click over to to Terry’s blog to read the article. And please do tell Dr. Murray I said hi.

Free Men: A Journey To Death Row, And Back
Scroll to top