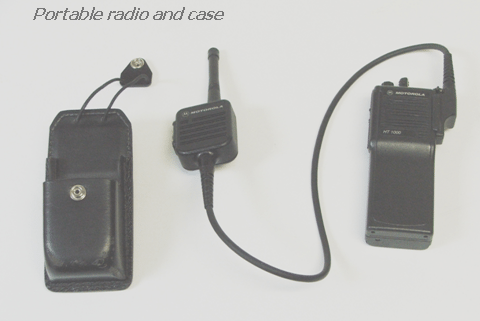 Police work is certainly filled with unknown and unseen perils. Without a doubt, it’s a job that comes with a long list of hazards. Aside from the obvious dangers—fights, stabbings, car crashes, shootings, etc.—one of the most gut-wrenching threats to officers is known universally as the dreaded “Open Mic.”

Open Mic – When an officer unknowingly presses the transmit button on his portable radio and is broadcasting everything he/she says and does to anyone and everyone.

And this, one cold, winter night, is when an open mic caused a bit of embarrassing grief for Captain “Jim” and a young female dispatcher I’ll call Geraldine for the purpose of this post. You see where this is going, right?

I was working late that night, wrapping up after a successful raid on a crack dealer’s house, when I heard the “dead air.” A sound, or lack thereof, that’s unmistakable and easily recognizable to officers everywhere. It usually starts out with a bout of silence, followed by faint traffic noises, a car radio playing somebody’s favorite tune, or maybe a conversation. This faux pas often occurs when an officer leans over to one side and accidentally depresses the talk button on his belt-mounted walkie-talkie. Seat belt connections are notorious for pushing the button inward. However, when the officer moves the button is released and all is well. No problem. 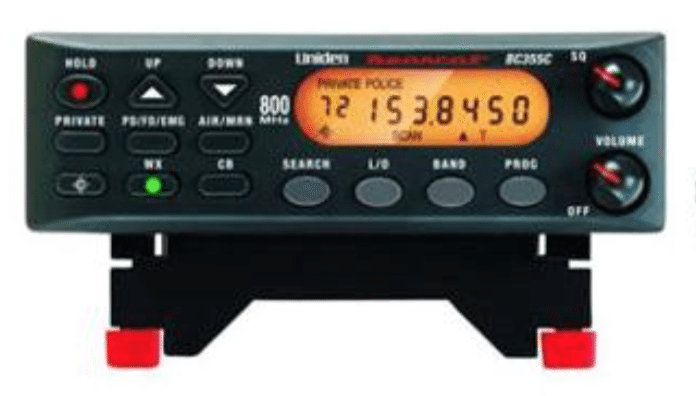 Anyway, back to Captain Jim’s troubles.

I heard the dead air followed by the sound of voices, a man and woman. It quickly became apparent that the male was our boss, Captain Jim. The female’s voice was difficult to pinpoint. Familiar, somewhat, but I had a hard time figuring out who she was because of all the screaming … “Oh, Jim! Oh, Jim! Yes, Jim! Oh, Jim! Yeeeesssssss, Jiiimmmm!!!!

Next, I heard a bit of light smooches and then a few odd, indiscernible clicks and rattles.

Suddenly, an exasperated voice spewed from the speaker in my car, and from, I’m sure, every police car radio in the entire network—city police, county deputies, state police, and every household where a police scanner sat perched on somebody’s grandpa’s nightstand. Even worldwide should someone happen to be listening in on their computer or cell phone from Padooky, Kansas, or Fryonion, Nevada, or Crookedfoot, Alaska. Or even as far away as China, Russia, or Australia. It’s possible.

“What?” said the female voice who I immediately recognized as that of Geraldine, one of the night shift dispatchers. “Stop joking,” she said.

“I’m not kidding,” said Captain Jim. “I forgot about not being able to open the back doors on patrol cars.” A pause, then, “I knew I should’ve driven my own car, dammit.”

“What are we going to do?” said Geraldine.

The next voice I heard on the radio was Captain Jim calling me, asking if I was available to come to his location. He told me he was at an old abandoned runway out at the county’s private airport. Meeting an informant is the reason he gave for being there. Yeah, right.

I ten-foured him and headed out to the airport, grinning all the way as I imagined the captain and Geraldine trapped in the backseat area behind the partition, waiting patiently for me to come rescue them. I also had thoughts of all the folks who’d urinated or puked or bled in the backseat currently being used as a cozy little love nest.

I drove to the end of one runway and then turned left onto the cracked and pot-hole littered asphalt of the abandoned runway, and there, parked among a stand of tall weeds and overgrown shrubs and sycamore trees, and rusty, old appliances someone had discarded, is where I saw the police car. No one was visible in the vehicle. Not that I could see, that is, because the windows were heavily steamed. 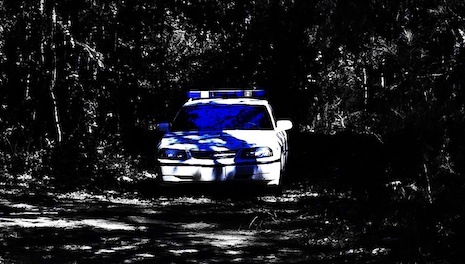 I parked my unmarked car, got out, and walked over to the rear door on the driver’s side where I grabbed the handle and pulled it open. Then I turned around and went back to my car and drove away.

Neither Captain Jim nor I ever spoke about that night. I figured what happened out there was none of my business. I do know, however, that I was never denied a single vacation request from that night forward. 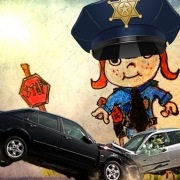 You Must Be “This” Tall to Drive a Patrol Car: The Little Cop Who Couldn’t

And the Cop Said, “I Gave Chase and Pursued Said Subject”
1 reply

Cooking With Cops: Light ‘Em Up Jello
Scroll to top