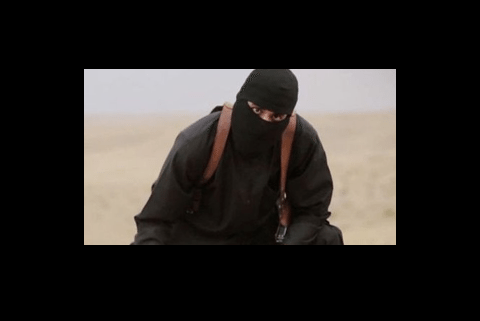 Real-life crime scene investigation is most often unlike the fantasy we see on television shows such as Castle and, well, any number of the CSI episodes. However, some things we see on TV are indeed possible, and such was more than likely the case with the identification of Jihadi John, the Islamic State terrorist who publicly, on camera, executed several hostages.

Before we delve into those details, first let’s visit the Criminal Justice Information Services Division (CJIS) in Clarksburg, West Virginia. If you’ve sat in one of my presentations or have visited this blog over the years, then you’ve probably heard or seen me mention this West Va. facility. It’s the home of world’s largest fingerprint repository where law enforcement send prints for storage (mostly electronic these days), and for possible matches in criminal cases. In addition, CJIS is the home of criminal history records.

Also behind the walls of the CJIS is the Biometric Center of Excellence (BCOE). It is here that the latest in biometrics (biometrics – related to human characteristics and authentication/identification) is explored and utilized.

For example, facial recognition is mostly achieved by geometric measurements and photometrics (viewing facial features). Other methods of identification include retina and iris recognition. To identify someone using the iris, investigators/scientists locate landmark features and analyze the random pattern of the iris. Retina recognition uses the specific patterns of blood vessels at the back of the eye.

Also, and newly available available to law enforcement is the $1.2 billion Next Generation Identification (NGI), a system that’s gradually phasing out IAFIS (Integrated Automated Fingerprint Identification System (read more about fingerprinting and IAFIS in Chapter 8 of Police Procedure and Investigation, A Guide For Writers).

Actually, the FBI is opening a shiny and new $328 million Biometric Technology Center next to the existing CJIS facility. CSI has indeed come to fruition.

But back to identifying terrorist Jihadi John. It is highly probable that, by using the tools listed above, the FBI was able name Kuwaiti-born, British-educated, Mohammed Emwazi as Jihadi John.

So, crime writers, feel free to use these new advances in your work. They are, after all, no longer exclusive to the Sci-Fi world.

Is That a Gun in Your…Pants?
Scroll to top