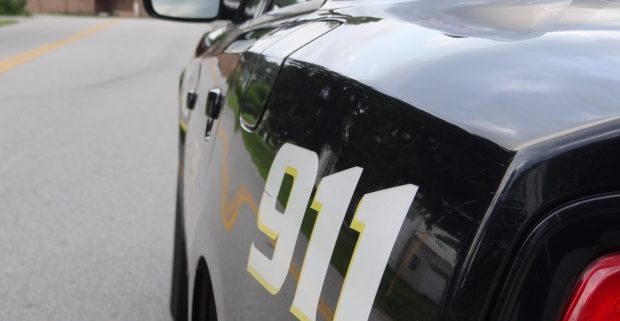 Think those are the only calls cops respond to during their shifts? Well, it’s not all action. For example, this happened…

1. Officers arrested Ms. Dusty Rae Ingram and then delivered her to the county jail for safekeeping. During the booking process jail officials discovered a bag of prescription pills tucked away inside Ms. Ingram’s…uh…private parts. When questioned, the absent-minded Dusty told the officers she usually kept those pills in her purse and she had no idea how they found their way to her genitals.

2. Police were dispatched to investigate a suspicious man who was possibly not wearing pants while crawling along a city sidewalk. When officers arrived they found the man hiding beneath a van. He was indeed naked from the waist down.

3. Police in Florida stopped a young man for a traffic infraction. During the stop the driver attempted to hide what officers described as a “Batman bag.” Officers asked the man to retrieve the bag from beneath the seat and he told them he couldn’t show it to them because it contained something “bad.” He was right. The bag contained Xanax pills and a scale commonly used for weighing narcotics. To add to his troubles, the driver had apparently spilled marijuana on himself because small bits of pot leaves were discovered clinging to his shirt.

4. Police at a Greenacres substation noticed a strange vehicle parked in the lot and went out to investigate. They discovered a man asleep behind the wheel with the motor running. The roused him and asked why he was there. The man told them he was drunk and tired. Officers kindly provided a better place for the driver to “sleep it off.”

5. Police officers were called to a bar to break up a fight between intoxicated patrons. One of the tough and rowdy fighters spit on the responding officers who then promptly arrested him. The brawler then began to bawl like a baby. During his uncontrollable crying spree he told officers he couldn’t go to jail because he’d just gotten out.

– Two men knocking on doors asking people, in English, if they spoke French.

– A couple fighting because their dog died.

– A woman dialed 911 because her taxi driver was yelling at her.

– A woman called 911 because prices at her local produce stand were too high.

– Officers were called to assist a parent who couldn’t get their child to go to bed.

– A woman called 911 to report a fire in her living room. Officers responded and explained that the flame she saw inside her kerosene heater was necessary to heat the home.

– A caller advised police that a dog had defecated in her yard even after she’d asked it nicely to not do it.

– A man called 911 to report suspicious items in his mailbox. Officers responded and discovered the items to be…mail.

– A man reported seeing a male subject exposing himself repeatedly to a woman seated in a parked car in the lot of a convenience store. After a brief investigation officers learned the woman was the store manager and the male subject, who was wearing only an overcoat, was her husband.

– People yelling in a field were found to playing a game that required participants to yell.

– A caller reported seeing footprints on his front porch for several days in a row. Police discovered the prints were left by the mailman.

– A 911 caller reported seeing a strange rock in his driveway.

– A woman called police to report seeing an open door at a residence in her neighborhood. Police responded and closed the door.

– Police were called because animal control would not respond to a sighting of an unruly groundhog.

– A concerned citizen called police to report possible terrorist activity at their neighbor’s home. The caller told the dispatcher a male subject was using a device to spray some sort of deadly toxin. Police arrived and spoke to the exterminator who’d been hired to rid the property of unwanted ants. His truck with a giant rubber bug on the rooftop was parked in the driveway. If only there’d been a clue…

Do You Feel Safer…Now?
Scroll to top