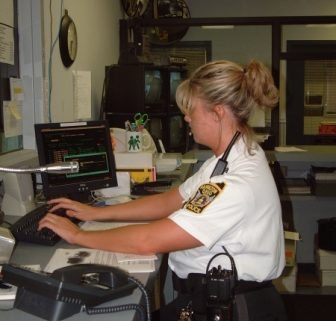 I’m an old-timer. An “old guy” as today’s cops would say when referring to me or any other long-time serving officer or retiree from law enforcement—male or female. The use of the word “guy” in this instance is not gender specific.

I’m one of those dinosaurs with tons of stories to tell to anyone who’ll listen. Yes, I’ve pretty much seen and done it all.

Fortunately, for me and loads of other “old guys,” writers make the perfect audience. But I’m a bit different than most with the telling of my tales in that I have a goal in mind when I speak, and that’s to provide good and solid information about the world of law enforcement.

I’m not a journalist, which means I have no “papers” to sell. And that, my friends, means you get the facts—how things are in the real world. I try not sugarcoat, and I try not to show bias toward anyone or anything. On the other hand, I wholeheartedly try to avoid political correctness. Naturally, I don’t want to offend anyone, but sometimes, as they say, truth hurts. But the truth is what writers need to hear. How else would they get their facts straight?

By now, I’m sure you can tell that I’m about to tell a story about a couple of touchy subjects—race and gender.

I’ll start by saying this … if you think racial issues and unequal treatment for women is bad today, well, you are one of two things—young or extremely forgetful. Keep in mind, though, that I’m only addressing these two issues as they’re related to law enforcement.

Let’s go back to the early to mid 1980’s (picture one of those hazy, smoky TV “thinking back” screens) when cops still carried revolvers and patrol cars all featured red lights. Blue lights were a thing of the future, as were cell phones.

Okay, the picture is now in focus and we find ourselves inside a law enforcement department in a southern state. We’re all cops and we’re attending role call and receiving our assignments. First of all, there are no women present. Not one. They’re all in another room preparing to serve as dispatchers or jail matrons. Neither of them wears a gun because the boss doesn’t allow “his girls” to wear guns. “If there’s any shootin’ that needs doing the men will take care of it.”

By the way, women in law enforcement, even those who worked “back in the day” receive the same training as their male counterparts—driving, shooting, etc. This boss, however, did not believe in women carrying guns or driving patrol cars.  In fact, the moment a female officer completed her training she was immediately required to hand over the weapon she’d used during her time at the academy. The course certification she’d just completed was also to become moot, because her permanent assignment was to be inside the office handling the phones and radios, typing reports, and making coffee so the men would have unlimited access to fresh caffeine.

This was a department that also ran a jail, and jails need supplies from time to time. So, the boss would allow a female officer to use a patrol car—the only time a woman was allowed to drive a patrol vehicle—to go to the store to pick up things, such as cleaning and office supplies, and canteen items for inmates. In other words, she did the shopping. She did this while in uniform, but without a gun. A sitting target is what she was. Luckily, there were no incidents.

To add insult to injury, the boss of this department divided his sworn officers into two groups—blacks and whites, as he called them. As always, the black guys were assigned to work together. White guys were also lumped together. To save on expenses he assigned two men to a car—two whites or two blacks, and the patrol districts were divided by race as well. Black guys patrolled “their” areas while white guys patrolled the neighborhoods of “their” people.

A black captain headed up his group of men and a white captain was in charge of his.

There was very little interaction between the two segregated teams of officers, and that was by design. However, the white guys were expected to handle/work calls in “both” areas, because the boss felt it was best that the black guys not respond to white areas unless they were needed during an emergency—a white-guy-in-trouble call.

I vividly recall one white officer (I think you may know the guy) who bucked the segregated system and took it upon himself to work with the black officers. Together, they made a pretty good team. And, as a result, many barriers were broken down. In fact, it wasn’t long before the boss began to mix things up a bit by integrating the shift assignments and patrol areas. Believe me, the benefits were huge. Morale increased greatly. Crime rates went down while smiles around the office went up.

The biggest smile, I believe, erupted the day the first female patrol officer hit the streets. She even had a gun strapped to her side when she rode off into the moonlight. Sure, she was stuck on permanent graveyard shift, but it was a start.

The change was big for everybody, in fact, because the men suddenly had to learn how to make their own coffee.

Followon TwitterSubscribeto RSS Feed
PTSD and Me: The Monster Who Lives Inside My Head

RJ Beam: WPA 2017 From an Instructor’s Standpoint
Scroll to top