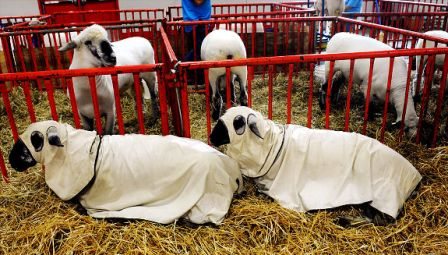 Body armor is a life-saver. No doubt about it. But let’s face it, many cops complain about having to wear it. It’s uncomfortable. It’s bulky. It’s confining. And it’s HOT! Imagine wrapping a few layers of thick, dense clay around your body while sitting in the hot sunshine for several hours. That’s sort of what it’s like to wear a vest, especially for a newcomer. Sure, you get used to it after a while, but getting used to wearing a vest doesn’t make it any cooler inside those little Kevlar ovens. I know, I know. It’s worth a little discomfort in order to be safe and go home at night. But that doesn’t stop the bellyaching.

Another problem with body armor is that the material deteriorates and becomes less effective when exposed to water. Kevlar, for example, has been found to be approximately 20% less effective when wet. Actually, it’s recommended that body armor be replaced after five years of use due to constant exposure to moisture – sweat and humidity. But with the lack of even the day-to-day funds to operate police departments, replacing every $600 – $800 vest at the five year mark just isn’t going to happen. In fact, most departments NEVER replace their vests. And I’m willing to bet that there are still some police officers out there who’ve never worn one as part of their regular uniform.

So what’s being done to help with the heat, the moisture, the costs, and the comfort? One word…Sheep. After all, those walking army blankets don’t seem to mind water, so what if… 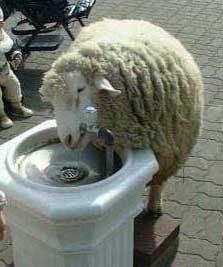 That’s right, researchers from RMIT’s School of Fashion and Textiles have discovered that by blending 20-25% wool with 70-75% Kevlar, the material actually works even better when it’s wet. And it’s cheaper to make than a vest made of all Kevlar (Kevlar cost about $70 per kilogram compared to $12 for wool). And, by replacing a portion of the Kevlar with wool, the vest also weighs less.

So help is on the way, folks. And not just for the little boy who lives down the lane…

And, just an FYI. Here’s an image of a bullet fired by the Taliban that struck a soldier’s body armor.

And this is the result of that same bullet being deflected by the soldier’s body armor.  The soldier was knocked to the ground by the hit, but he’s alive.

The Morgue: A Pictorial Journey
Scroll to top