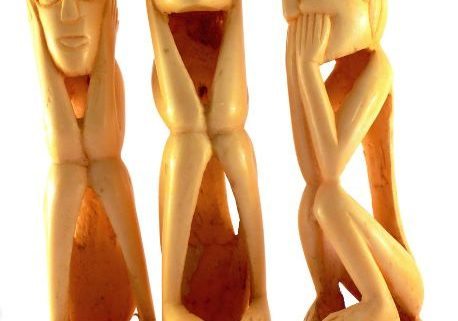 It’s been reported that Officer Betty Shelby, the Tulsa police officer recently charged with manslaughter for the shooting death of Terence Crutcher, will include auditory exclusion as part of her defense.

When I first wrote about the incident I said that Shelby would be charged, and she was, and I remarked about the stark differences in responses of the four officers on the scene—Shelby fired her service weapon, another officer deployed a TASER, a third pointed his firearm at Crutcher but chose not to fire, and the fourth did nothing more than rest one hand on her/his gun belt while using the other to key the button on a portable radio mic. My commentary also included snippets such as these throughout the piece—“I do know that it’s impossible for us or even the officers on the scene to know how Betty Shelby perceived the situation that unfolded so quickly. … Perception is key. How did the Betty Shelby perceive the encounter? Did she fear for her life or the life of others?”

I wrote those sentences with physical responses to stress-induced situations in mind. Many of you have heard me speak about the deadly shootout I was in back in the 90’s. Others have read the story here on this blog. In both I tell of the involuntary engagement of a “slow motion switch” and the switching-off of all sounds. The shooting seemed to occur in slow motion while in a vacuum where sounds were not permitted to enter.

From my earlier article:

One way our bodies react to intense stress is to induce inattentional blindness, a phenomenon that reaches across all senses, including vision (tunnel vision) and sound (auditory exclusion). In short, the brain processes only what the person/officer is focused on, such as a potentially deadly threat. In my case, it was a bank robber who was firing a gun at me. In Betty Shelby’s case, and this will likely be a large part of her defense, her focus was on the man who was not obeying commands to stop moving toward his vehicle. I know, I cannot possibly know the focus of her attention, but I’m offering the information as to what we might hear as part of her defense. I do, however, know that auditory shutdown is a very real thing during high-stress situations, and I say this from my own personal experience.

Remember, darker colors are identified at a slower rate than bright colors, acute vision at closer distances is greatly decreased, sounds have all but ceased to exist, adrenaline and heart rate are higher, officers are trained to fight not flee from danger, and officers are trained to react to threats. And all of this occurs in a the blink of an eye. There is no time to sit down, discuss, plan, and map out the premium response. This is wholeheartedly in contrast to the armchair cop experts who chime in after the fact with the uninformed, misinformed, social-media-educated, and inexperienced “cop’s are too quick to shoot” comments.

Now, does any of this explain what happened the day Betty Shelby encountered Terence Crutcher? Well, only Betty Shelby can know how she perceived the situation. No one else.

However, I can say from experience that during a potentially life-threatening situation, barking dogs, screaming officers, sirens, and gunshots are sometimes the loudest sounds you’ll ever NOT hear.

Sixteen Signs That You’re A Cop
Scroll to top