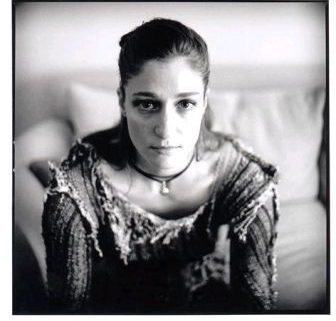 Alix Lambert’s feature length documentary “The Mark of Cain” was nominated for an Independent Spirit Award and aired on Nightline. She went on to produce additional segments of Nightline as well as produce 7 segments for the PBS series LIFE 360. Lambert has written for a number of magazines including Stop Smiling, ArtForum, The LA Weekly, and GQ, among others, and is an editor at large for the literary journal OPEN CITY. She wrote Episode 6, season 3 of Deadwood: “A Rich Find” and was a staff writer and associate producer on John From Cinicinnati.

As an artist Lambert has exhibited her work to international critical acclaim, showing in The Venice Biennale, The Museum of Modern Art, The Georges Pompidou Center, and the Kwangju Biennnale, to name a few. Her monograph: MASTERING THE MELON is available through D.A.P. Her book THE SILENCING has just gone into a second pressing and is available through Perceval Press. Her book RUSSIAN PRISON TATTOOS is available through Schiffer Publishing, and her book CRIME is available through Fuel Publishing. She is currently Executive Producer for an hour-long segment on criminal tattoos that will air on The History Channel.”The Criminal Mind”

On January 19th, 2009 another journalist was killed in Moscow; emphasis on the word: another. I am sad to say that I was not surprised by the news. It was brought to my attention in the form of an email from The Center To Protect Journalists:

“An unknown assailant wearing a ski mask shot and fatally wounded Anastasiya Baburova, 25, a freelance correspondent for the independent Moscow-based newspaper Novaya Gazeta, on January 19th, at around 3p.m. The journalist was walking in downtown Moscow with human rights lawyer Stanislav Markelov, who had just given a press conference at the Independent Press Center that Baburova had attended and planned to write about, Sergei Sokolov, Novaya Gazeta’s deputy editor told CPJ. Baburova was a journalism student at Moscow State University and had contributed to Novaya Gazeta since October, covering the activities of neo-Nazi groups and race-motivated crimes, which have been on the rise in Moscow in recent years, Sokolov said. Baburova is the fourth Novaya Gazeta journalist killed since 2000.”

I have traveled to Moscow many times over the past two decades. My first trip was in the early nineties to exhibit some photographs in a gallery, years after that I made a documentary in the Russian prisons, a number of years after that I published a book on the subject of journalists who have been murdered in Moscow. A month after the above-mentioned murder, I boarded a plane headed to Moscow for my seventh trip there. My friend Tom Firestone and I had been working together with the Union of Journalists and The Moscow Human Rights Bureau to organize a roundtable to address the issue of protection for journalists. After some setbacks, the roundtable was finally going to take place. The Ambassador had agreed to speak. The guest list was in order. The bottled water was set out in front of the microphones. Selected chapters from my book had been copied for all present. 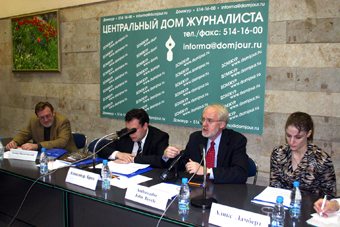 Let me go backward for a moment to explain how I came to publish a book on the subject of murdered journalists. When I made my documentary in 1999/2000 (The Mark of Cain). Two people were especially supportive of my efforts at the time. Peter and Paul Klebnikov ( who were brothers) helped me in a number of ways. Paul was the editor of Russian Forbes Magazine, and I remember him going over a list of dos and don’ts with me, things like where I should be cautious about speaking English. I’ll admit that at the time I thought he was being overly cautious. Then, in 2004 Paul Klebnikov was murdered. He was shot with a Schechin automatic pistol as he was coming out of the Russian Forbes offices in Moscow. 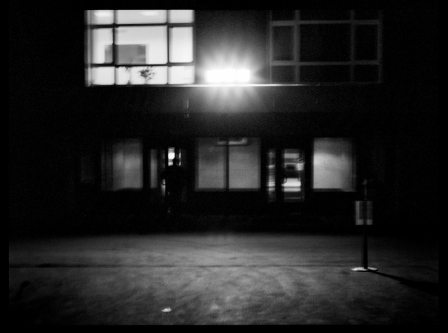 The violent and blood-soaked practice of murdering journalists in order to silence them has become epidemic. It should be said, that murder is not the only way in which journalists are silenced – but it is the most extreme and irreparable. Today, Russia ranks behind Iraq and Mexico as one of the most dangerous places for a journalist to work.

When I decided to put together a book on the subject I chose to focus on Russia because of my personal connection, because I have spent time working there and because, unfortunately, the problem is so widespread that without narrowing the scope one might get lost in the subject. I chose six murders that happened in Moscow, including the murders of Paul Klebnikov and of Anna Politkovskaya. I photographed where the murders took place and interviewed colleagues and family members of the slain journalists.

I also spoke with people who have dedicated long hours to the fight for a free press and fought hard on behalf of journalists everywhere. When I interviewed Paul Steiger (chair of The Committee to Protect Journalists) he said this:

“I think that people who use terror as a weapon have learned that murders of scale – large numbers of people – and murders of prominent people, including murders of journalists, get major coverage, and that’s what they are looking for. We’ve gone from an environment in which people view journalists as communicators to seeing journalists becoming targets: one way to get a message across is by killing them. Society has a huge stake in reversing this trend. 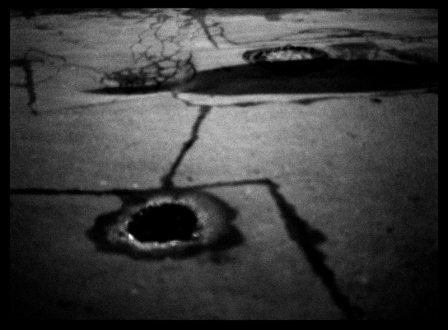 At the roundtable Ambassador John Beyrle began to speak to those assembled:

“The topic of today’s roundtable is certainly timely. Last week’s verdict in the Anna Politkovskaya case and last month’s murder of Anastasiya Baburova have kept the subject of journalist security at the front of all of our minds. Any contract murder is a terrible crime, but the murder of a journalist in order to silence him or her, has ramifications for society beyond the crime itself. It undermines freedom of the press and freedom of speech, essential elements of any society that aspires to be free and democratic. In thinking about the public ramifications of a murder, we must never forget that any murder is first and foremost a tragedy for the victim’s family and loved ones.” 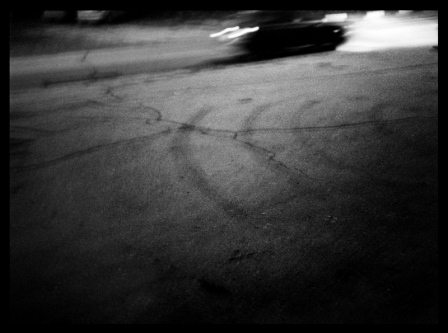 In any murder case only the killer and the killed know the details of what happened between them, and although the dead cannot “speak” they do tell stories. It falls to the rest of us to bear witness to the effects that murder has on the world we live in, and on ourselves as the citizens of that world. It is for this reason that I chose to photograph the absence of what happened, rather than the presence. Our imaginations have always carried us somewhere beyond … filling in the gaps to a story to suit our own individual insecurities, fears and neediness. By photographing the doorway, the elevator shaft, the train track, or the empty street where a murder took place I am allowing the reader to see a vision of a world with out journalists as they simultaneously conjure, in their own minds, the horror of what happened there. When these images are coupled with the first person testimony of the deceased loved ones – it is my hope that a vision of what loss looks like will begin to plague us into action. 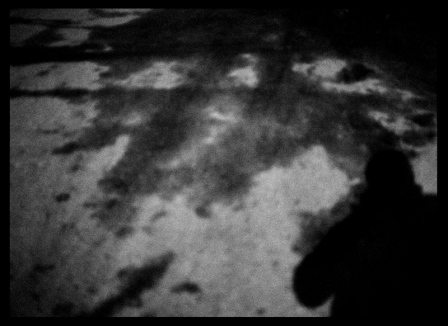 Unfortunately the attacks on journalists continue. One tiny roundtable will not change the course of history. It will take much more. Lest we hesitate, we should remember the words of Dr Martin Luther King Jr., a great man who was assassinated for speaking the truth: “Let us realize the arc of the moral universe is long but it bends toward justice.”

None of the cases in my book have been solved. The importance of a free press cannot be overstated. Speak out.

Followon TwitterSubscribeto RSS Feed
I See You!You Be The Judge: Is It Okay To Taser a Grandmother?
Scroll to top