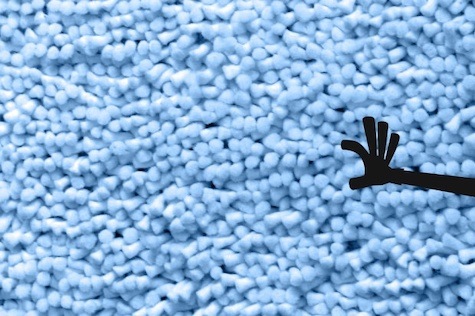 Investigating a murder can be, and often is, a methodical and meticulous slow-grind of information gathering. It’s knocking on many doors, speaking with countless numbers of people, digging in the dirt and leaves and mud, pawing through mounds of garbage, searching through closets and hampers filled with grimy and disgusting clothing. It’s collecting solid bedding and mattresses, stained underwear, and body fluids. It’s hours and days and months and years of clue-chasing rollercoasters that seem to go round and round and round and up and down and back again. All to catch a person who ended the life of another human.

In the end, it’s extremely satisfying to ratchet cuffs around the wrists of a suspect who used a weapon of some type to kill. All that hard work coming to a close leaves an investigator with a combined sense of relief, success, and satisfaction that they’ve help bring a small bit of closure for surviving family members.

Sometimes, even though mountains of potential evidence piles up during an investigation, it’s the tiniest bit—a trace—such as a carpet fiber, that serves as the cornerstone of a case. And such was the key element that helped Delaware investigators nab a serial killer known as The Corridor Killer.

A dark and story night

As it’s been said to not be said, it was a dark and story night on November 29, 1987, when 23-year-old ex-prostitute Shirley Ellis hoped to to catch a ride into Wilmington by hitchhiking along Route 40 near Bear, Delaware. She was on her way to deliver a Thanksgiving dinner for an AIDS patient who was undergoing treatment at Wilmington Hospital.

At approximately 9:25 p.m. that evening, a teenage couple pulled into a popular make-out spot to do the things teenagers do in those types of secluded locations. It was then that they discovered Ellis’ partially clothed body. Her legs were spread apart and autopsy later revealed evidence of torture and mutilation—she’d been bound at the feet and the ankles and scraps of black duct tape were still attached to strands of her hair. It was likely that the tape had been used to prevent her from screaming. She had not been sexually assaulted.

Seven months later, on June 28, 1988, Catherine DiMauro, a 31-year-old woman with a history of prostitution arrests, was walking along Route 40, near Bear, around 11:30 p.m. It’s not known if she was soliciting customers or simply using the route to go from point A to point B. But it was that night when she accepted a ride from a man driving a blue van. Her nude body was discovered by workers building a nearby apartment complex. Her wrists and ankles were bound and, like Ellis, duct tape had been used to silence her. And again, like Ellis, there was no indication of sexual assault.

This time, though, a vast amount of blue carpet fibers were found on DiMauro’s body. Finally police had a clue. A minor clue. But a clue. And the police were all over it. They assembled a 60 member task force with access to airplanes, helicopters, rental vehicles, and an unlimited budget. No stone or fiber was to be left unturned or untested.

The task force consulted with the FBI’s Behavioral Science Unit in Quantico, Virginia, and they concluded that these acts were the acts of a serial killer. 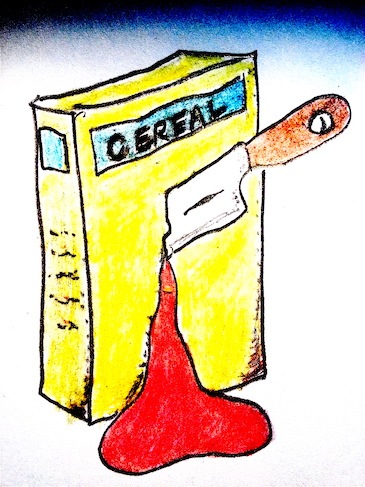 The team decided to send out undercover female police officers dressed as prostitutes to walk the stretch of Route 40 where the killer had picked up the victims. They flirted with the men who stopped, and there were several, but they never got into a vehicle. In the meantime testing was underway to identify the blue fibers found on DiMauro’s body. Without fibers to use for comparison, however, these blue pieces of evidence would remain on hold.

On Aug. 22, a prostitute named Margaret Lynn Finner went missing. She was working the streets along U.S. 13, near the stretch of Route 40 connected to the crimes of the serial killer. Finner was last seen climbing into a blue Ford panel van with round headlights. The van was driven by a white male.

Roughly three months later, Finner was found dead near the Chesapeake & Delaware Canal. Due to the advanced stage of decomposition a cause of death couldn’t be determined. No clues were found and no one was charged for death.

On Sept. 14, 1988, a 23-year-old New Castle County, Delaware undercover officer dressed as a prostitute headed out to walk the Route 40 corridor, hoping to snare the killer. It wasn’t long before a line of 5 or 6 vehicles lined up on the side of the road. The drivers of those vehicles included doctors, lawyers, schoolteachers, and they all wanted to talk to “the prostitute.”

But the vehicle that caught the undercover officer’s attention was a blue Ford panel van with round headlights that drove past. Her cops’ alarm bells sounded loudly inside her head when the van stopped a little farther down the road and turned around to make another pass. The driver of the van repeated the action, driving past and then U-turning, seven times within a twenty-minute period.

The officer walked to a more secluded area, hoping to tease the driver into stopping. Finally the van pulled over and a white male opened the side panel. The officer immediately saw blue carpeting covering the van’s interior. She later said the man was different than any other person who stopped for her. His demeanor was cold and he was difficult to engage in conversation. He seemed to stare through her.

While talking to the man, the undercover officer used the time and distraction to rub her hand on the carpeting, pulling out a few blue fibers for testing. The driver, though, demanded that she get in the van, but she refused, saying that she tired from partying and needed to sleep. The man gave up and drove away. A task force member in the area recorded and ran the plate numbers on the van. It was registered to Steven Brian Pennell, a Delaware electrician. His record showed no arrests.

Police sent the blue fibers were sent to a lab for testing. In the meantime, on September 16, Michelle Gordon, a 22-year-old known prostitute was seen on Route 40 climbing into the passenger side of a blue Ford panel van. But there was a witness and she knew both Gordan and Pennell, and she recognized Pennell’s van

This time, however, police caught a major break. The lone witness to the abduction knew both Gordon and Pennell, and she immediately identified the vehicle. Sadly, Gordon’s body was found four days later when it washed up on the banks of the Chesapeake & Delaware Canal on Sept. 20. Gordon died while being tortured.

Three days later, 26-year-old Kathleen Meyer was last seen alive hitchhiking along Route 40 around 9:30 p.m. This time the witness was an off-duty police officer who saw Meyer accepting a ride from a man driving a blue Ford van. The officer ran the plates and learned the vehicle was registered to Pennell. Meyer’s body was never found.

After having to wait for evidence (carpet fibers) to be processed and Delaware Attorney General Charles Oberly to approve a search warrant for Pennell’s van, police took matters into their own hands and pulled Pennell’s van over for a routine traffic violation. This allowed them to take Pennell into court to pay his ticket.

Icing on the Investigatory Cake

In the meantime, officers searched the van and immediately discovered carpet fibers that matched those on the victims. They also found hair and blood and even the same brand of duct tape used to silence DiMauro. The icing on the investigatory cake was Pennell’s gruesome “torture kit”—pliers, needles, a whip, handcuffs, knives and various types of restraints.

Police had their suspect.

Pennell opted to remain silent and did not offer a statement.

The blue carpet fibers were indeed the cornerstone of the entire case against Pennell. Without them, the state’s case could not have moved forward because any other actions and evidence would have been ruled as fruit of the poisonous tree.

So, of course the defense attorney attacked the fibers, stating the officer did not have a legal right to remove those fibers from the van without a search warrant. However, Superior Court Judge Richard Gebelein denied the defense claims and ruled that the carpet was in plain view once Pennell opened the door to invite the undercover officer inside the van.

On November 23, 1989—Thanksgiving Day—as a massive snowstorm blanketed the area, Pennell was convicted of murdering Ellis and DiMauro. The jury, however, deadlocked on the Gordon case. They also deadlocked on the death penalty.

In 1990, Pennell was sentenced to two life terms in 1990 and, as a result, Pennell filed appeals, alleging that the fiber seizure was unconstitutional. During this time, police continued their investigations and, based on new evidence, Pennell was indicted for the murders of Meyer and Gordon. Pennell asked the court if he could be allowed to represent himself for the new charges. The court granted the motion.

Pennell then did the nearly unthinkable. Even though he did not offer a confession, he pled no contest to both murders and asked the Superior Court to impose a sentence of death.

At a hearing to determine if Pennell’s life should be spared, Pennell offered a bizarre argument for his own death –  “‘The law was developed from one book, and it’s that book I quote from,” he said. “‘In Numbers, chapter 35, verse 30, ‘Whoever kills a person, the person shall be put to death.’ “‘Also, in Genesis, chapter 9, verse 6, ‘Whoever sheds man’s blood by man, his blood shall be shed.'”

“This court has found me guilty on the testimony of witnesses. So I ask that the sentence be death as said by the state’s laws and God’s laws. That’s all I have to say.”

Perhaps it was both fitting and somewhat spooky that, on Halloween day in 1991, Pennell was sentenced to death. As part of Delaware’s mandatory death penalty appeal process, Pennell appeared before the to the state Supreme Court court on Feb. 11, 1992, where he again asked for his own execution. He remains the only person to represent himself before the state Supreme Court, and the only one, of course, to ask for death.

During the entire case, Pennell always referred to himself in the third person. Never in first person.  During the appeal, Pennell said to the court, “The perpetrator must have sensed a pleasure in the killings. Since he did not commit just one, but continued in the same depraved manner on the others, this pleasure is evident.”

On March 14, 1992, Steven Brian Pennell was the first man executed in Delaware in 46 years.

Pennell died by lethal injection, and as a result of a savvy undercover police officer who thought to grab a couple of tiny blue carpet fibers.

Followon TwitterSubscribeto RSS Feed
Blood, and It’s Mine!: Page 447 Of My Spiral Notebooks

Officer, Please Button Your Shirt and Zip Up Your Pants!
Scroll to top