Crime headlines these days sometimes cause my eyes to glaze over and my brain to lock up, like a cheap virus-infected computer. My body treats today’s barrage of click-bait headlines like the often and instantly-denied foreign organs introduced into the bodies of transplant recipients—immediate and total rejection. My brain, the leader of the shut-down attempts, does so because today’s crimes, simply put, just aren’t what they used to be.

Honestly, I sometimes find myself longing for the good old days when most crimes, including the vilest of all—murder—were easy to solve, and catching many of the bad guys was as easy as shooting fish in a well-stocked galvanized metal washtub, the kind we took baths in at grandma’s house.

In fact, it wasn’t all that odd for the old-time murderer himself to phone the police, confessing his dastardly deeds to the gum-smacking dispatcher on our end of the line. A guy robbed a liquor store … we all knew who did it because he’d done so over and over again. So we simply hopped into our patrol cars and drove at a leisurely pace to his house to wait for the thug to come home. Sometimes the crook’s wife or mother offered us a glass of iced tea to sip on during the vigil, which usually wasn’t too long.

But enough time passed during our wait to allow us to play with freeze tag or Simon Says with a couple of the crooks’ snotty-nosed kids, or to toss a saliva-soaked rubber ball a couple dozen times to the family’s three-legged, one-eyed dog. You know, I often wonder about the correlation between bad guys and dogs with three legs and one good eye. They do seem to go hand in hand. It’s a mystery that’s never been solved.

Back to the bad burglars back in the day, though. There were a dozen or so of them in each small town, and each had his own style (M.O. for you writers who insist upon using TV terminology). Again, cops most often knew the names of most suspects, sometimes even before the sleuths broke out their handy-dandy Sirchie fingerprint kits (notice how I subtly worked in the name of a Writers’ Police Academy sponsor).

Four Arrests for Every 100 Citizens

That one definitely stopped my eyes in mid whirl. Could the stat be true? Because, if so, then out of everyone at the WPA—instructors, volunteers, and recruits (attendees), well, we should automatically handcuff a dozen of them right there at the registration table and immediately deliver them to the nearest jail.

Two full Greyhound buses pass by on the highway—4.5 of the passengers inside are destined for incarceration.

Has it always been this way? If not, what are the differences in how crime is handled today as opposed to “back when?”

Let’s take another look at the headlines for a moment and choose just two, and then reminisce to days gone by to learn why there weren’t as many people arrested in those days.

Okay, for starters, I don’t normally associate murder with men who belong to a troupe whose hobby is to dance at pro basketball games while wearing oversize Dallas Cowboy Cheerleader uniforms. But, it seems that Bowser was searching for his girlfriend at two separate houses where, for some reason, he killed four people (two of the wounded were innocent young boys—11 and 13).

In the old days, had Mr. Bowser entered my childhood home, ranting and raving about his girlfriend, the entire family would have shown him and his barely-there sparkly costume to the door. Had he resisted, then Pops and Uncle Percy Jenkins, who by the way, always stopped by on Sunday for a fried chicken leg and a heapin’ helpin’ of good old tater salad, would have enhanced their message of “Go away,” with a couple of Louisville Sluggers.

Our three-legged, one-eyed dog might have joined in as well, taking a chomp on the intruder’s rear end.

You see, back in the day, guns weren’t used all that often as a “first-resort” like they are today. Not at all. A fellow would first have to endure, at minimum, a black eye and a roll across a gravel driveway before going back to his pickup to retrieve the Saturday Night Special he kept beneath the tattered cloth seat. And back then everyone knew to get the heck out of Dodge when a man reached under his seat. It was indeed time to scatter.

So “back in the day” wins this round. No one dies. Just black eyes and a whole lot of a**-whuppin’.

Christopher W. Dillingham of Stevenson, Washington was the proud owner of a fireworks stand. He also used to own a golden retriever. Ah … you already see where this is going. You should be detectives.

But, authorities say they couldn’t charge the man with animal cruelty because the dog died instantaneously (duh …). Instead, the  suspect was charged with reckless endangerment and possession of an explosive device.

Dillingham told police that his girlfriend had given him the dog and that she’d “put the devil” in it. Prosecutors considered other charges. I don’t know the outcome, “doggone” it.

But way back when, if a man killed his dog at 4 a.m. it was sort of his business. Neighbors most likely would have assumed the animal was rabid, or something of that nature because people simply didn’t harm Rover or Spot or Rufus. No way. Well, not unless there good reason, and foaming at the mouth was certainly a solid reason to break out the pump shotgun. Even then, the animal was usually afforded a fair chance to run away. After all, it was a part of the family.

But to set off an explosion that early in the morning, when Pops and Uncle Percy had to be at the foundry at 6 for another 12-hour shift in the grueling heat. Well, Mr. Dillingham had better hope there was enough black powder left to immediately send himself to the moon, because two angry foundry workers would be on their way over in their boxers, each carrying a ball bat and a whole lot of mad.

I believe “back when” is again the winner since justice would’ve come immediately in the form of several lumps on the head and a few kicks to the hind parts, courtesy of Pops and Uncle Percy who, by the way, had consumed too much corn liquor after the Sunday lunch, so our mother had him sleep it off in my room, which then forced me to sleep on an ironing board stretched across two rickety chrome-legged kitchen chairs. The grown-ups called it camping. I called it, “Uncle Percy’s too snookered to drive home so I gotta suffer.”

Here’s a third headline, as a bonus.

3. Man Accused Of Attacking Pig To Appear In Court

Benjamin Fullwood of Effingham County Georgia was arrested for attacking and stabbing a pig multiple times. Then, as if the edged weapon attack didn’t do enough damage, he had his two pit bulls repeatedly bite the unarmed porker.

Fullwood told officers that he was afraid Oliver (the pig) might hurt nearby children. Neighbors told the cops they’d witnessed Fullwood chasing after the fleeing and frightened and oinking porker as it ran between rows of rusty mobile homes and jacked-up picked trucks and plastic, pink flamingos.

They told of him “a screamn’ and a hollerin'” and of the pig screeching loud oinkity-oinks and growling grunts.

Then, they all said in unison, that Fullwood gained on the pig as it rounded the far corner of Jimmy Buck’s pop-up camper, the one with the rebel flag sticker on the trailer-hitch receiver. They went on to say that just when it looked as if Porky (they named it somewhere around three minutes into the action) was going to escape for good, Fullwood launched his wiry, shirtless body high into the air, landing smack dab on the swine’s back where he commenced to trying to slay the animal with his whetstone-honed deer-skinning knife.

Okay, I confess, I embellished a little bit and definitely overwrote it, but the story is true. And it’s timeless and typical. Today or way back when—you attack a pig in the south and you go to jail. And the reason why is obvious. There’s no loyalty among swine.

They’ll squeal on you in a heartbeat. 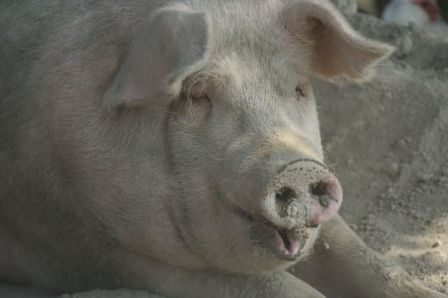 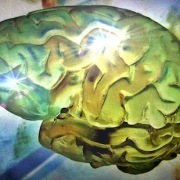 Followon TwitterSubscribeto RSS Feed
Big News! Your Name in Craig Johnson’s Next Book, or Lunch in NYC with...

You Could Win a Week at Sirchie’s Exclusive Evidence Collection and Processing...
Scroll to top