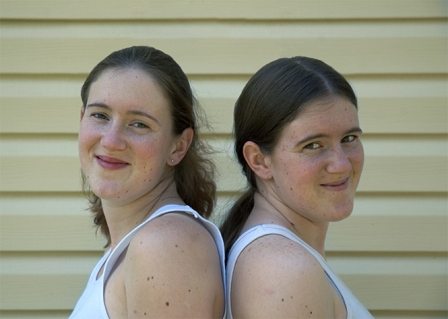 While we have spent a lifetime with our siblings, getting to know every quirk, trait and annoying habit that they have, we often don’t stop to think of the real impact that our sisters and brothers have on who we are and how we act. Whether it’s the order you were born in or all that good-natured (or bad-natured as the case may be) ribbing to which you subjected each other, our siblings can have an intense and long lasting effect on our lives, influencing everything from our health to how we interact with others. To learn more about how your relationship with your brothers and/or sisters has shaped who you are, here are some facts drawn from scientific research on the subject that helping illuminate the true depth of relationships between siblings.

1. Children spend more time with their siblings than with friends, parents, teachers or even alone. While siblings may not always get along, they do choose to pass a great deal of their free time with one another — more than anyone else in their life, in fact. By the time children reach age 11, they’re spending about 33% of their free time with siblings. Even as they grow into adolescence and get busy with their own lives, a Penn State University study found that they still spend about 11 hours a week with one another. In big families, these numbers can be even higher, with kids passing 17 hours with one another.

2. Siblings fight. A lot. Sometimes with a conflict every 10 minutes. Any parent of more than one child knows that they sometimes just don’t get along. Whether it’s a power struggle, competitive personalities or just plain irritation from being around one another, siblings spend a lot of time battling it out. One researcher found that brothers and sisters between 3 and 7 years old engage in conflict 3.5 times an hour. Younger kids fight even more, with a fight happening every 10 minutes.

3. Sixty-five percent of mothers and 70% of fathers exhibit a preference for one sibling over another. Talk to most siblings and they’ll tell you in a heartbeat who they believe their parents prefer. While most parents outwardly deny having a favorite child, studies have proven time and time again that this simply isn’t the case. Many, if not most parents have a favorite and kids are well aware of it. Research has shown that many non-favored siblings use this situation to their own advantage, but that it can be damaging in the long run to their self-esteem and confidence.

4. Having a sibling of the opposite sex makes boys and girls more likely to adhere to gender norms. Siblings can often try to mimic one another and follow in each other’s footsteps, but another phenomenon known as de-identification can also come into play. This is when siblings make a purposeful attempt to be different from each other and stake out their own role in the family dynamics. It can come into play in strange ways with families who have one child of each sex. Studies have suggested that this may intensify gender identification, with girls seeking out more traditionally feminine activities and friends and boys playing up the rough and tumble traits more readily attributed to their gender.

6. Firstborns are generally smarter than the younger siblings, having on average, a three-point IQ advantage over the second sibling. As unfair as it may be, siblings who are born first tend to have a substantial academic advantage. They outperform their younger siblings by the equivalent of having had an extra year of schooling and are more likely to score higher on an IQ test. There are several theories on why this is the case, the strongest being that older siblings spend time teaching their younger siblings, thereby reinforcing their own understanding of concepts and ideas. Oddly enough, other studies have shown that younger siblings are generally born with a higher IQ, but this disparity reverses by the time children reach age 12. 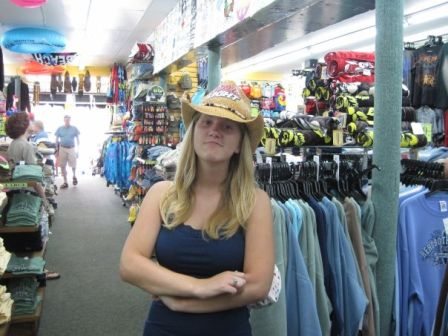 7. Younger siblings tend to be more extroverted than older siblings in large families. Some believe that this is because they are so used to dealing with a large number of siblings, they are forced to speak up to get attention. It can also occur in smaller families for similar reasons. This extraversion can have long lasting effects, with surveys of siblings showing that younger siblings often have an easier time being funny and having lighthearted interactions with others. Younger siblings in the study were also found to be more creative, unconventional and rebellious than their older siblings, who were often much more serious.

8. In general, siblings interact significantly less with each other if they are not fully related. As odd as it may be, siblings’ interactions and relationships with one another may be partially determined by blood relatedness. While some step- and half- siblings may grow close over time, relationships are much more intense and warm between those who are fully related. Oddly enough, the same rules don’t necessarily apply to adopted children as step-siblings and half-siblings. Studies done by the University of Minnesota have shown that these relationships aren’t significantly affected by adoption.

9. Your sibling’s bad habits may rub off. For instance, a girl with a teenage sister who becomes pregnant is four to six times as likely to become a teen mom herself. If you have an older sibling who drinks, you’re twice as likely to drink. With smoking the numbers are four times as likely. Yet it isn’t a given that siblings will follow in each other’s less-than-stellar footsteps. The closer siblings are in age, the less likely a younger sibling is to emulate the older. Researchers think this may be because the siblings are already so alike because of their closeness in age that each one may seek ways to differentiate themselves.

10. A big part of individual personality develops in relation to interaction with siblings. All those fights with siblings may just change who you are as a person. Skills children learn in conflict resolution with siblings can carry over into other areas of life, making us better or worse at forming romantic relationships, working with others or having lasting friendships. Some other studies have suggested that birth order with siblings may also play a role in personality development, with older siblings being more nurturing and middle siblings being peacemakers, though many dispute these findings.

11. Siblings can make you shorter. A study of 14,000 British children found that those with three siblings were, on average, about one inch shorter. Having an older sibling can literally stunt your growth, because by the time younger siblings arrive on the scene there are simply fewer resources to go around. With less time, money and attention, younger siblings may come up short.

12. Have more older brothers may have an impact on sexual preference. It sounds strange, but having a few older brothers may make you more likely to be gay. According to new research, for every son a woman produces, the chance that her next son will be gay increases by 28-48 percent. It’s called the Fraternal Birth-Order Effect and researchers estimate it plays a role in the sexual preferences of up to one in seven gay men. No similar effect is found with women.

13. The number of siblings you have and your birth order can influence your health. Younger siblings are less likely to develop allergies and eczema than their older siblings, perhaps because by the time they arrive their home is already awash with germs brought in by other siblings helping to build a stronger, better immune system. Of course, all that health early on might not matter, as older siblings are much more likely to live past the age of 100. Researchers think it has more to do with the age of the mother when she gives birth than anything else, with the idea that younger eggs and wombs means healthier babies.

14. Birth order does not affect personality. The effects of birth order on personality have been the subject of research for decades now. Many believe that older children, middle children and younger children develop traits based on where they are in the birth order and the role they play in the family. New research shows that might be true– to a point. These effects are only limited to familial interactions and do not extend to those that take place outside of the family unit. So while the oldest child may be sober and serious while at home, he or she may be quite different in the role he or she plays in the outside world. 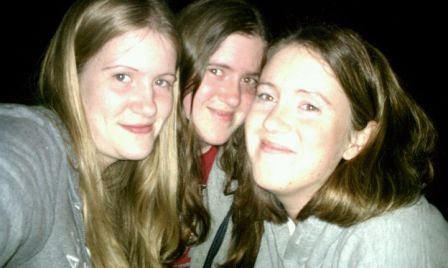 15. Siblings tend to resemble each other in looks and intelligence but are quite different in personality. Researcher Robert Plomin discovered that when it comes to home we look and how our brains work, we’re usually pretty similar to our siblings. Yet when it comes to personality, even though we share similar genetic material and upbringings, brothers and sisters often can’t be more different. Tests done on siblings to measure personality demonstrated that siblings might as well be strangers. Similar studies revealed something else as well. Even if you and your sibling are vastly different, those who didn’t grow up as only children are generally happier than their counterparts.

Followon TwitterSubscribeto RSS Feed
You’ve Got To See This!

Castle: Knockout – A Review of the Season Finale
Scroll to top