As I promised now I am getting down to the meat of the matter the basics of hunting. Most common folk have this misguided notion that a bounty hunter goes in “with guns blazing.” While on the silver screen it makes for good viewing that is not how it works.

True Bounty Hunting is a series of boring phone calls to various folks listed on the personal information sheet which should have been filled out when the bond was posted. It consists of sitting for long hours in stakeouts waiting for the jumper to show up at any number of his local haunts.

By the time the hunter gets the jacket, aka the folder of the jumper, the jacket has grown cold. In other words, the accused has not shown up for his hearing, a warrant has been issued for failure to appear and the bonding company has exhausted all means of looking. It is time for the hunter to work his magic.

When I hunted I loved cold cases. They were a challenge in more ways than one. Because of my background in criminal justice and my ability to understand the basic human nature of man cold cases were right up my alley.

Human beings are creatures of habit, even those on the run. They can’t help doing some of the things they do. Case in point, when a jumper jumps the first thing he does is return to his comfort zone. We all have one. That zone is about a 35 mile radius. It consists of places and people we know and trust. A place we feel safe to return to. Most of the time in that zone there are people who will cover for us. Those people include of course mom, best friend, wife, ex-wife, girlfriend, ex-girlfriend, grandmother. Maybe dad.

Once I determine the comfort zone. I go to work. I start the call to the most obvious first. The one who signed and put up the 10% for the bond. That is usually a best friend.

When I make the call it is a friendly call like I am just looking for my jumper not as a hunter but as a friend. If the person I am talking to plays stupid, I remain friendly. I don’t want to spook him. I also don’t want him calling the others on the list before I get to them. Next on my calling list is mom. Again I am very friendly. I might or might not tell her who I am and why I am looking for her child. I want it to remain friendly. “Mrs. Jones, my name is ____, I am a friend of your son/daughter. I just got back into town and was trying to get back in touch with _____. Do you know how I can reach them? Do they live with you or have they already moved?”

This keeps mom from just giving me a yes or no question. She has to talk to me. This is very important in the hunt. Yes or no questions will not help you. The hunter is looking for information. So to continue.

Again it is not a yes or no question. Mom’s answer will give me more information.

I will keep asking questions until I feel that mom has told me either all she knows or all she is going to give up with this conversation. I will get hard core later.

Before I hang up I ask her what phone number I can reach_______ at. Again she is forced to give me an answer. Sometimes it works and sometimes it doesn’t. We save the hard core for another day. I politely close the conversation.

My next call is to the wife/ex- wife/girlfriend/ex-girlfriend. Again it is a polite conversation. I don’t want to appear threatening yet. They will become my best friend, especially if my jumper has pissed them off. There is an old adage “Hell hath no fury like a woman scorned.” Let me tell you, I have heard stories. That adage is true. They will roll in a heartbeat. But the hunter has to know when and how to push those buttons. Their first instinct is to protect.

By the time the first phone call is finished I have really gleaned a lot of information. Information which I use when I continue down the list. It becomes like the thread of a tapestry which is becoming unraveled.

These phone calls could continue for several days and with each day I become more aggressive. My favorite line to the person how has gone on the bond when I am not getting co-operation is this:

“My judge doesn’t care what body he gets in front of him, he just wants a body – so be prepared I am on my way to pick you up.” Funny how that works. They don’t know they can be charged with aiding and abetting. More times than not they roll very fast. If they don’t know where my jumper is – they know who does. It is like a dam bursting they can’t talk fast enough. The words tumble out.

Once I get a place on my jumper who thinks he is hiding in plain sight, I usually sit for hours. I have to wait for him to make an appearance.

I worked with two partners. They both were former Marines and both had been cops in NY. They were not nonsense. One had a Hispanic background and the other was Afro-American. I am white, five feet nothing, and weigh maybe 115.

Anyway, we had a jumper I had worked on for several weeks. Time was running out. Our bonding company was going to pay the entire bond to the courts. I was ready to shoot him myself when we found him.

I had begged my partners to let me go into a bad part of town to set up a sting in a drug deal we knew he was dealing in a certain area. They refused. Silly men. After much bickering back and forth and much foot stomping on my part, I pulled myself together and went to plan “B”.

There was one number we had not yet called. That call was to my jumper’s girlfriend’s ex-husband. I have to tell you. We hit the mother lode.

“My name is Yvonne, I need your help.” See how nicely I asked?

“What do you need” He is really leery.

“Well, I am looking for Jane (the girlfriend) do you happen to know where I can find her or (George)”

“Really and why is that?”

“She got caught selling to an undercover cop and she had my eldest son with her. They both are in Henry County jail and that idiot goes to see her every Tuesday.” 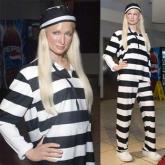 See how he just volunteered that wonderful information.

Well, as I smiled gleefully, I thanked him and hung up the phone. I called my partners and told them I would be calling Henry County to see if she was there and if our jumper did indeed visit her on Tues. at 2:00. Sure enough he was on the visitors log and sure enough she was still there.

What could be sweeter. My partners, took off to South Atlanta, to Henry County. They parked the SUV in the lot and waited. The waited until 1:45 no jumper, 1:55 no jumper – they were not happy.

But all was not lost, they were getting ready to leave, they had decided to leave in the next five minutes when much to their surprise who should appear.

It was 2:15 and a male was approaching the steps leading to the jail. He appeared not to be in much of a hurry. My partners causally got out of the SUV and walked slowly up behind him as he continued up the steps. Right before he turned the knob to enter the building they identified themselves and cuffed him.

They told him they had someone who really wanted to talk to him. So they promptly called me.

That was a good day. It was a day which paid off a lot of hard work, which at times seemed hopeless.

No guns were drawn, no one was hurt. But we got our man. He went willingly he knew he was caught.

There is an adage which I was raised on, “When one draws a gun one must be prepared to use it – if one doesn’t one will be dead.”

I know how to handle a gun I am licensed to carry. I use a Smith and Wesson Semi with a clip that holds 12 shots with one in the chamber. I carry a back up a 380 Kel -Tec I was trained very well. However, I never want to have to use it. I never hunt alone. It is too dangerous.

Next Week- I begin the series on the hunting laws in the different states.

Crime Scenes: Picking Up The Tab
Scroll to top