To deliver top-shelf quality books, writers who weave tales featuring crime, cops, and criminals, face difficult challenges each time they sit in front of their computers. And, without a background in law enforcement, crime scene investigation, firefighting, EMS, death investigation, ER procedures, and, well, you get the idea, those challenge multiply for hardworking authors.

Like readers who expect and deserve the best, writers also demand the best when it comes to research. Enter the Writers’ Police Academy, a hands-on training event that’s meticulously designed to provide the most realistic experience available anywhere in world.

Sure, the WPA takes place at a renowned international training academy located on the campus of Northeast Wisconsin Technical College (NWTC), and we provide state of the art equipment and technology, and attendees participate in workshops where they drive patrol cars in heart-pounding conditions (spinning, chasing, lights, sirens), they shoot rifles and handguns, suit up at the Tactical House and search for armed bad guys who’ll stop at nothing to further their escape, including firing shots at the officers (you), and we even pamper our attendees by providing resort-like hotel accommodations (including the fabulous Oneida Casino) and delicious food prepared by a stellar chef.

But, we don’t stop there. We know what it is that writers need to make their stories ring true, and that’s because the WPA is designed, directed, and produced by writers with years of law enforcement experience.

The WPA, as described by Sisters in Crime, is rightly renowned, and is sponsored and supported by top writers (you) and writers groups, including Sisters in Crime, a major sponsor of the event for several years.

Best of all, though, is that we provide only the top instructors in their fields. In fact, many of our instructors literally wrote the books on their respective areas of expertise. And, they’ve trained many of the instructors who teach at other events and academies. To add to this group of outstanding instructors, we also feature bestselling authors who bring decades of their own expert law enforcement experience to their WPA classrooms.

The WPA doesn’t mix hands-on police, fire, and EMS training with writing craft. That’s just not what we do. There are no writer panels. No agents or editors to impress. We feel you already have a ton of top quality writing conferences to attend, therefore our focus is solely on providing writers with actual hands-on academy training. We even go the extra mile by providing advanced workshops that just aren’t available anywhere else.

And here’s where we really pull ahead of the pack…our instructors, and I’d like to introduce you to a few of them today (more on the way). Starting with… 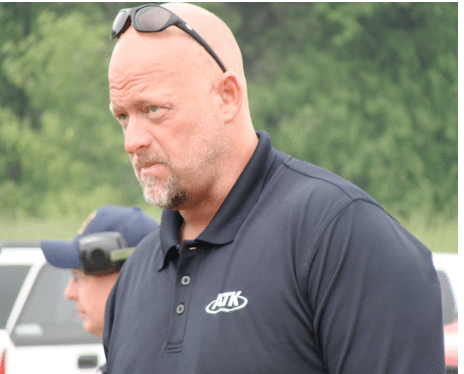 Randy’s long and distinguished law enforcement career started as a Special Agent for the Drug Enforcement Administration (DEA). His 13-year career as a decorated agent also included serving as an Instructor at the FBI Academy, in Quantico, VA, as part of the Safety & Survival Unit. He’s the co-author of both Simunition’s and Vista Outdoor’s Force on Force™ reality-based training manuals, and now heads up Vista Outdoor’s high-profile Force on Force™ product line where he manages the overall brand and, more importantly, the new and revolutionary Scenario Instructor Training Course.

Randy Clifton is the foremost authority on reality-based, tactical-scenario training.

Robert Willis is the original author and master instructor of the “Defensive and Arrest Tactics” (DAAT) program of the State of Wisconsin and he has been responsible for training and updating instructors for Police, Sheriff’s, State Investigators and Department of Natural Resources agencies since 1986. He has instructed for the State of Wisconsin Department of Corrections/Division of Community Corrections, Juvenile Corrections and has trained and certified defensive tactics instructors for the Division of Probation and Parole.

For more than a decade Mr. Willis traveled the United States and Canada with the Calibre Press, Inc. “Street Survival®” Seminar and trained in excess of ten thousand officers per year. He is often consulted and interviewed by the media, especially after critical events. He is sought out as a speaker at conferences and symposiums and recently taught at a Law Enforcement conference in China. 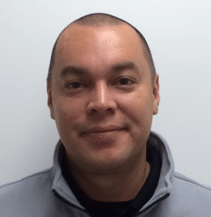 Matt Ninham has been a Patrol Officer for 15 years and is currently assigned as a Community Resource Officer. He’s a member of the Oneida Tribe and has lived on The Oneida Reservation almost his whole life.

Matt has experienced how Native American Gangs use tribal culture and symbolism to recruit gang members, represent their gangs, sell, and transport illegal drugs. He has an insider’s knowledge of how Native American Gangs affect the Tribal Communities they are established in and is able to give insight on how he combats gangs through relationships with community members and community events.

I’ll be featuring more of our fabulous instructors in the coming days. In the meantime…

Registration for the 2016 Writers’ Police Academy opens this Sunday, February 21, 2016 at noon EST. Available slots will go quickly so please, please, please be ready to sign up the moment the registration link goes live!

This is THE event of the year!

*Sisters in Crime, a major sponsor of the WPA, is offering a whopping $150 discount to the WPA for their members attending for the first time. Not a member? No problem. Sign up prior to registering for the WPA to receive the generous discount. Go here to join.