“This is getting really old, Beckett.” ~ Castle

I didn’t like last night’s Castle episode nearly as much as I did the one that aired Sunday night. After watching that intense show, this one came off as more like a farce than a police procedural comedy/drama. The actions of the Russian Diplomatic Security Agent/Cleaner were over the top and even downright silly at times. What men in that position act that way?

Rick slipped at the beginning of the show while talking to Martha and Alexis and pretty much let the cat out of the bag about having resumed his relationship with Kate. If they can’t figure out what’s going on now, they’re dumber than they look. How long do Rick and Kate think they can keep up this ridiculous charade without looking like total idiots? Oh, wait. Too late.

I won’t comment on the bizarre case involving the death of a Russian diplomat’s son, except to say that for once Lanie got it right when estimating time of death by saying, “according to liver temp” instead of “according to lividity.” Woohoo! I cheered.

The rest of the investigation just made my head hurt. At one point, Kate met with Rita, the intelligence agent (or former agent… who knows?) who is helping her with LokSat and is also supposedly Rick’s stepmother, in a search for info, and they ending up having a heart-to-heart of sorts about the state of Kate and Rick’s marriage. Really? I thought the woman lived in the shadows and was some sort of threat. And now she knows the truth, too?

Then the woman turns up at the precinct — in public — a little too animated and gleeful to be a covert agent, brought there by Kate under the guise of working with the State Department, and Rick meets her for the first time. Once he learns who she is and that she’s helping Kate take down LokSat, he says, “This is getting really old, Beckett.” And he’s right! I’m SO sick of this stupid storyline.

Of course, Rita and Rick had to have their own heart-to-heart, and he asks her about his dad. Rita hugs him and whispers in his ear, “He’s so very proud of you.” Nice. That’s about the only thing I’ve liked so far that Rita did. If she’s a covert agent, she’s not doing a very good job of being covert. Just sayin’.

The twist at the end didn’t shock me, because I suspected the woman in question was alive all along. Glad to know I was right. She might not have murdered her son, but his death was pretty much her fault. Too bad I didn’t care anymore.

They wound the story up by confronting the killer at the Russian Embassy, and that didn’t surprise me. Rick and Kate’s actions once the Russians left the room did, however. Once they were alone, inside the Russian Embassy, they slipped into another room to have their way with each other because they’ve already done it in six different countries and wanted to add Russia to the list. Oh, please! Who does this? If the scene was supposed to be romantic, I missed out on that vibe completely and was simply embarrassed for them. What were the writers thinking?

This was episode 11; I’ve heard they plan to keep the annoying LokSat thing going until episode 16, when they end it for good and get Kate and Rick back together. Hope I can hang on that long.

Melanie is far too kind, which is precisely why she’s the good cop. I’m the bad one so I’ll sum up this episode in three short words. I. Hated. It.

From the stupid baby gift scene at the beginning, to the totally unrealistic scene at the end where Beckett and Castle supposedly sneak off to a secluded room inside the Russian Embassy to…well, let’s just say that even whistling inside Russian homes is considered bad luck, as is shaking hands or kissing over a threshold. So what those two were about to do would probably doom this show to a huge downward slide in the ratings. Oh, wait…

Of course there were good points, such as Lanie predicting a cause of death using actual science—checking the victim’s liver temperature. But I don’t think she liked it because the look on her face when she said, “Liver temp puts the time of death between 2 and 4 am,” was of pure disgust. I read between the lines, though, and took her expression as a private jab aimed at me. It was as if she said, privately, “There, I dropped the lividity thing. Are you happy now?” I’m so proud. *Sniff, sniff*. Our little M.E. has finally grown up.

Ryan and Espo hung on again, managing to avoid the silliness associated with the Russian agent, Castle’s covert agent stepmom, and the stupidity we all know as Lokstat. By the way, speaking of Castle’s secret-agent-stepmom, when I worked undercover I tried my best to avoid hanging out at police stations. There were no huge/touchy-feely moments inside the precinct. After all, doing so sort of compromises your cover.

Besides, if Beckett is so bleepity-bleep afraid that her big-time secret mission could endanger Castle, so much so that they must pretend to be separated (why would merely being separated save him, anyway?), then why have him very publicly hanging out at the precinct while foreign and domestic spies wander in and out, take him with her to the Russian Embassy and to a swanky party there, and, well…dumb, dumb, and dumb.

This entire season makes me want to, well… 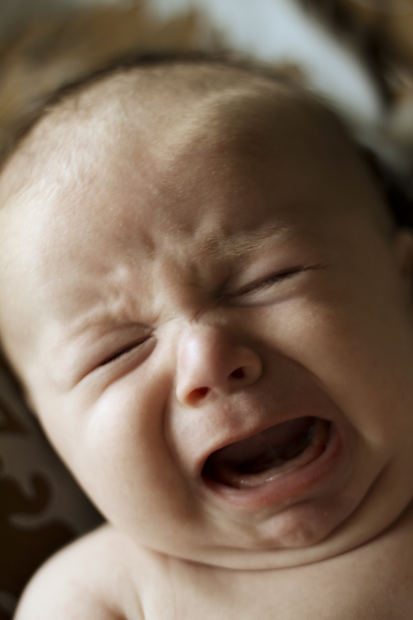