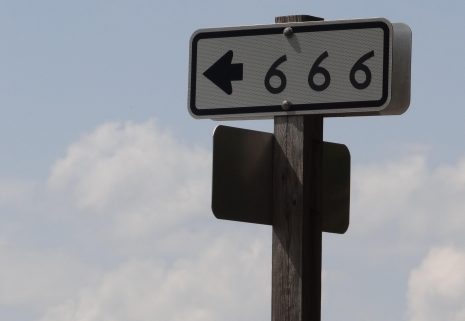 Readers want to become invested in the characters in their favorite books, and it’s the job and duty of writers to make that happen. Therefore, to prevent taking their fans down the wrong road, most writers spend a great deal of their time developing the people in their stories.

The hard-earned fruits of an author’s labor during this development stage often results in straight-shootin’, tall-in-the-saddle fictional characters who come with intriguing backstories and interesting current personal lives. They love, they hate, and they’re flawed in ways that make our hearts go pitter-patter. Yes, we love reading about drug-using, cursing alcoholics who smoke, regularly use violence, and who can shoot the hair off a gnat’s rear end. And those are those are the good guys.

But to read an entire book that’s solely about a super-cool man or woman who meanders about town smiling and helping old people cross main street each time Geritol and Depends go on sale at Happy Jack’s Corner Drugstore would be, well, boring. So, to transform unimaginative into exciting and interesting, it’s important that writers turn to Isaac Newton’s first cousin, Jerome “Winky” Newton, for a bit of advice.

Remember, it was Isaac said, “For every action, there is an equal and opposite reaction.” Well, Isaac sort of stole part of his law from cousin Winky who, after reading a tale featuring the aforementioned meandering, smiling street-crosser, made his own profound statement of, “For every action there’s an opposite reaction that’s not quite as equal, but it’s pretty doggone close to it and it’s one the hero of a book must overcome. It’s what makes the story interesting.”

Here’s a bit of trivia for you – Newton family rumors have it that it was Winky who was struck on the head by the falling apple, an act that caused him to spontaneously utter his own statement, words that Isaac promptly stole and turned into his third law. Until that day, he’d only written two and had been suffering from a terrible bout of writer’s block.

Anyway, back to Winky Newton’s Law and how it applies to today’s writer. For a tall tale to work properly there must be, of course, a totally compelling protagonist. AND, there must be a compelling antagonist, so sayeth the great and powerful Winky Newton. And Winky is right, writers should spend equal amounts of time creating both the hero and the bad guy (remember, an antagonist does not have to be an evil villain – see The Secrets to Creating and Writing Compelling Villains).

After Winky passed away, the family discovered his journal, a small book that included a list of rules further explaining his profound Law. Here are three relevant points to ponder.

*By the way, Isaac Newton has a solid place in today’s crime fiction. Remember his third law, the one he sort of stole from Winky – “For every action, there is an equal and opposite reaction.” Well, keep this one in mind when you write about people shooting guns. If the blast is enough to send a victim flying backward through a door, then the same force is there in reverse and your shooter would also fly backward through the opposite door. Therefore, when the police arrive at the scene they’d find two unconscious people, one in the backyard and one in the front.

Typically, when people are shot they simply fall down and bleed.

For fun, here are some additional things writers often get wrong about police, crime, and criminals.