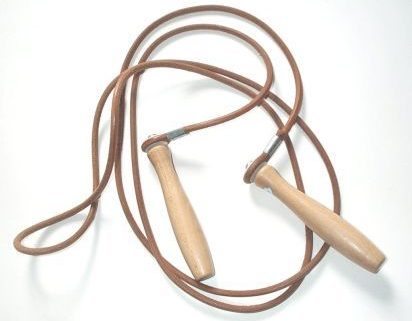 The house was small by any standard. Just four rooms, neither of which was a bathroom. Inside, were two children, a boy of five and a tiny girl—a toddler—who was just getting the hang of walking and talking. A small kerosene heater sat in the center of what the family called the front room. Its tank was empty and the flame had long ago burned out. Icicles dangled from the decaying front porch overhang. The dirt yard, what I could see of it, was a resting spot for junk cars, non-working appliances, tattered furniture, old tires, and a pitiful and old mixed breed dog chained to an engine block. I knew the place almost as well as I know the back of my hand, because this was at least the umpteenth time I’d been there, for various reasons. She stabbed me. He hit me. They beat the kids. Shoplifting. Cocaine. Shots fired. Stolen property. Armed robbery. Prostitution. Yes, I knew it well.

I received the call just after midnight. “A concerned neighbor reported two small children left alone in the house while the mother is out buying crack. The father is there, outside, but he’s so intoxicated he can’t stand up. The neighbor says she heard loud arguing followed by two gunshots. That’s when she called. She also said her husband said to ask that you be the one to respond, if possible.”

I parked my patrol car next to a dented vintage Cadillac that sat atop four cinder-blocks. Its tires had been removed, a sight that, for some unknown reason, reminded me of a toothless old person. I was behind that very car when the owner crashed it while driving drunk and trying to outrun the police (me). The driver immediately jumped out and stumbled quickly across a small field and into the backyard of a small church. I caught him when he reached a chain-link fence and tried to dive over. He vigorously resisted my attempts to handcuff him, including a couple of nasty bites to my hand and arm. That was a long time ago, but some things, and people, never change.

When I stepped outside into the cold to check on the kids, I glanced around at the other houses lining the street. All were similar—four rooms, lacking paint, yards devoid of grass, and filled with the same despair as the one before me. I’d “visited” most of those, as well. Many times. The area was as close to hell on earth as you could get, and poverty was only the tip of the troubles.

Standing in the streets at various locations in the neighborhood, were an assortment of drug runners—the guys who hold small amounts of crack cocaine while the larger supplies are held inside one of the houses. There was absolutely no shame in their games as they stood there blocking the roadway when a police car approached. Some they moved for and others they didn’t. I was one of the officers who, for some reason, they allowed to pass without confrontation. Mainly, I suppose, they knew I wouldn’t stand for it. Not for a second. After all, standing in the street, interfering with traffic is illegal, and dangerous.

This was “the trouble spot” in the county. Far more crime occurred there than anywhere else in the jurisdiction. Murders, rapes, robberies, B&E’s, assaults, shots fired, stabbings, shootings, beatings, domestic violence, child abuse, animal abuse, and arson. Bullet holes in patrol cars were a constant reminder of what could happen and sometimes did.

Managers of the apartment complexes in the area offered free rent to any police officer who was willing to move in and park their patrol car out front as a means to at least slow the crime rate. A couple of officers tried to make it work but the department had to stop the program due to the destruction of police cars and equipment, and the danger presented to the participating officers. They were sometimes shot at when coming or going.

I’ve always been a firm believer in community policing and developing relationships with residents. More often than not, I and a few other officers, parked our police cars, got out, and walked the neighborhoods. There’s no better method of policing than knowing your beat as well as the people who live there.

I’d sit on front porches, sometimes having a glass of iced tea (I’d been offered something stronger) where I’d chat with the homeowners and other occupants. We discussed everything from sports scores to community affairs to racism. No subject was ever taboo. I even stopped to chat with the drug dealers, and I often offered to help them find real jobs (a couple actually accepted the offers).

I made time to toss footballs with young boys and girls, and I’ve turned quite a few jump ropes in my day, while in uniform working my shift. By the way, those kids were amazing. They didn’t see me as a police officer. Instead, I was one of them…just another person having fun playing a game with other people. Of course, they weren’t satisfied until they saw me step in to jump with pistol, handcuffs, and other do-dads on my duty belt bouncing up and down. Their laughter was priceless.

I spent a great deal of my time working patrol in that small section of the jurisdiction. Then, when I became a detective I spent even more time there because that, unfortunately, was the hub of major criminal activity. I was on a first name basis with nearly everyone there, and they knew I would be there for them if they needed something, and the same was true in reverse for many of the residents.

Several children came running each time they saw my car turn the corner, because they knew I always had some sort of treat for them. When I first started patrolling there the kids would yell “5-0” to alert everyone that a police officer had entered the area. Then they’d run off in the opposite direction. Big change in a relatively short time.

Of course, one question always popped up when I was chatting with the criminals. “Why are you always in our neighborhood and not “over there?” (referring to a different section of the jurisdiction). My answer was always the same. “We go where we’re needed and we do what we need to do to keep everyone safe. When homes in other areas become the targets for thieves, and the residents there start shooting, robbing, raping, and selling drugs in the streets, we’ll be the first officers there to arrest the bad guys. Until that time comes, though, this neighborhood is where we need to be.”

Officials within my department, along with elected officials, received numerous letters and calls from the citizens in that particular area. The letters expressed the gratitude of the law-abiding residents for the job we were doing in their neighborhood, and it was a good feeling to be appreciated for our efforts.

What made this work so well was that it was a two-way street with dialog and trust between the police and the citizens. To make it work, though, required real effort and desire. I won’t mislead you by saying this was a smooth and fast transition, because it wasn’t. Not even close. But no one ever drew a line of any type in the sand. Instead, everyone listened, learned, and acted appropriately.

And that’s how it’s done, folks. Not by violence. Not by the media fanning the flames. Not by Monday morning armchair cops and crooks. Instead, good things happen when good people come together and talk. Talk, not yell and scream accusations.

Yesterday is gone. Now it’s time to jump rope. I challenge you to try.

Eric Garner’s Death Was a Homicide, But He Was Not Murdered
Scroll to top