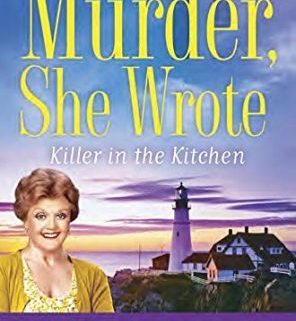 As writers, most of you go the extra mile to conduct research for your books, and your fans certainly appreciate the effort. But how far do your characters go on their own to be sure they don’t do something silly? I know they’re serious about getting their facts straight because several of them—Jack Reacher, Monk, Joanna Brady, and many more—have shown up at my door to ask questions about police work and how detectives conduct investigations.

Some characters, however, such as Cabot Cove’s beloved super sleuth, Jessica Fletcher, take the “get-it-right” approach to an even higher level by purchasing her own research books. Don’t believe me? Well, here’s a bit of dialog from Murder, She Wrote: Death of a Blue Blood. It’s a conversation between Jessica Fletcher and Scotland Yard Inspector George Sutherland.

“Did Father Christmas treat you well this year?” George asked as we looked over a tray of holiday socks that had been set outside a clothing store.

“Yes, indeed. Someone gave me a lovely tartan shawl,” I said, holding up a corner of the scarf. “Thank you again.”

“You’re very welcome again. And thank you again for the leather fishing belt.”

“Made in Maine,” I said, laughing. “I couldn’t resist when I saw the silver trout on it. We’ll have to go fishing together one day.”

“I think I would enjoy that.”

“I did buy myself a present when I was in New York City.”

“I would have thought you knew all that by now.”

“There’s always more to learn. Plus, I love having my own library of reference books. The Internet is wonderful, but it doesn’t match the feeling of paging through a book and finding something you didn’t even realize you needed. I hope that experience never goes away.”

I’m extremely flattered that Jessica Fletcher has called on me in past, but it’s an added thrill to know that she and her writers, Donald Bain and Renee Paley-Bain, often turn to my book and this blog when concocting a new crime-solving adventure. And it never gets old seeing my name in the acknowledgements of the Murder She Wrote books. After all, I’ve been a Donald Bain fan since, well, since his book, Coffee, Tea, or Me? found its way into the hands of many teen boys back in the mid to late 60’s.

So yes, I’m extremely proud that my own book has a home in the Bains’ office. I’m also proud of the personally signed copy of Coffee, Tea, or Me I received from Donald Bain not so long ago. How cool is that!

As for Jessica Fletcher, well, I truly think these two make a nice-looking couple. Don’t you? 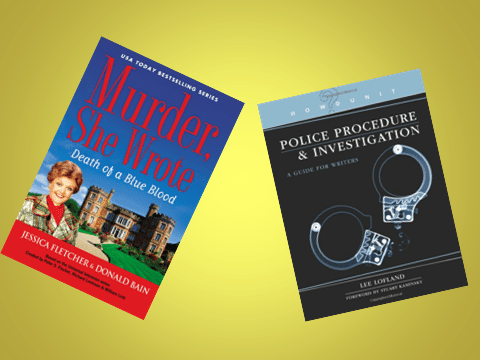 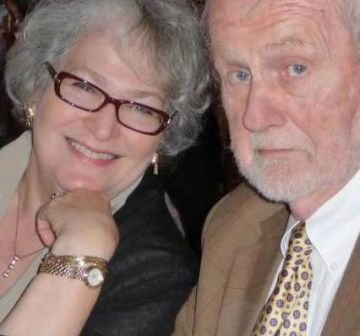 Donald Bain has written more than 125 books, among them 43 in the “Murder, She Wrote” series on which he has collaborated with his wife, Renee Paley-Bain, for the past 15 years.