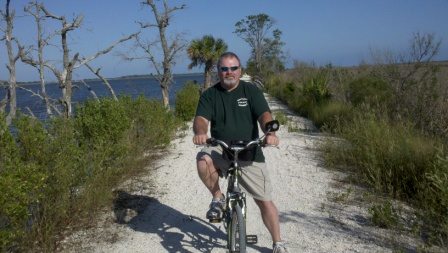 Life on the islands is never boring. Why, just yesterday we sat in our kayaks a mere twenty feet away from a huge blue heron as it fished for its lunch. The big bird took a few glances at us before deciding that food was more important than flying away. It was an amazing sight to see, especially at such a close distance.

Earlier, hermit crabs shuffled along the banks, dragging their seashell homes as they passed two feet from my boat. Thousands of scurrying fiddler crabs moved along the shoreline, like soldiers storming a foreign beach. Pelicans dove into the water, oyster beds jutted up and out of the water, and I got sunburned. But it was a wonderful day.

And late Thursday afternoon proved to be just as spectacular, when we took a several-mile-long bike ride along the Bull River across the marsh from our house. So hop on your two-wheeler and join us. I think you’ll be glad you did. By the way, Writers’ Police Academy t-shirts are great for bike riding… 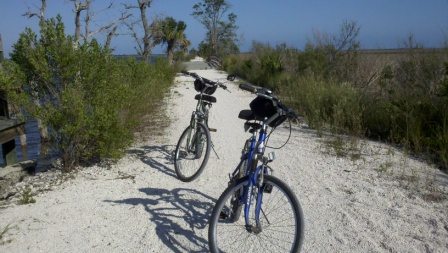 After riding for a few miles we stopped beside a rickety old dock that had pulled away from the shoreline. But, not wanting to pass up the views, we simply had to explore. 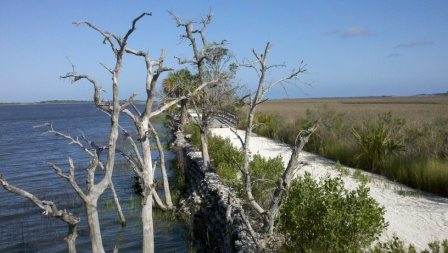 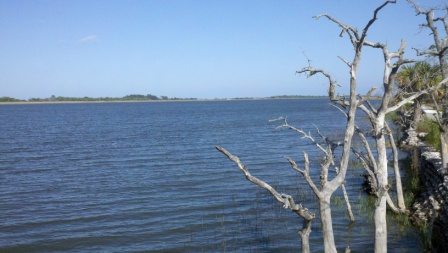 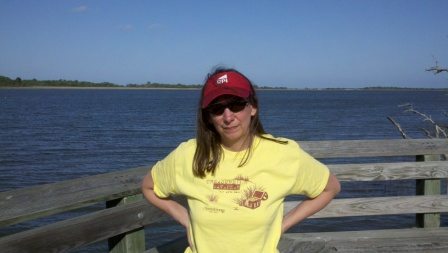 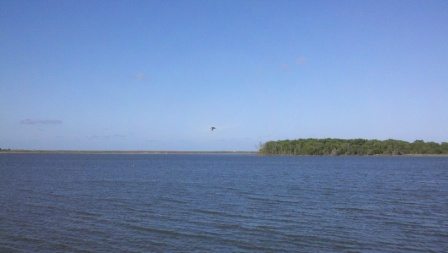 A lone pelican was scanning the water for dinner. We were lucky enough to see it catch a few appetizers. 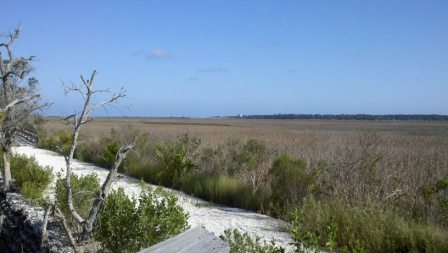 Yep, we live on the other side of that marsh. Made me realize just how far the trip back would be. Unfortunately, there’s no road or path across, so its back the way you came…all the way around. 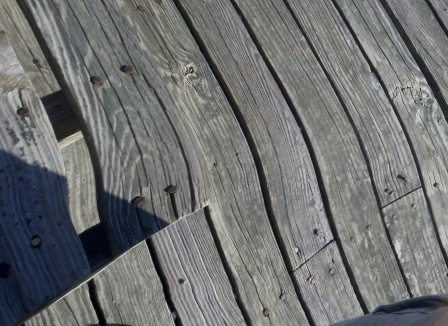 This shot was accidental. There was a four- or five-foot space from dock to land, and I guess I hit the camera button as I jumped. My movement at the time of the shot caused the illusion of the curved boards. They are actually straight. 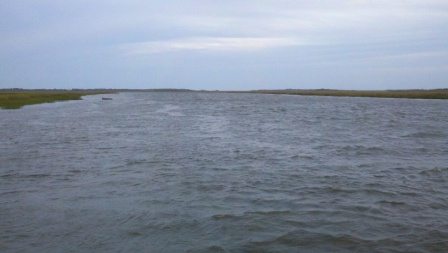 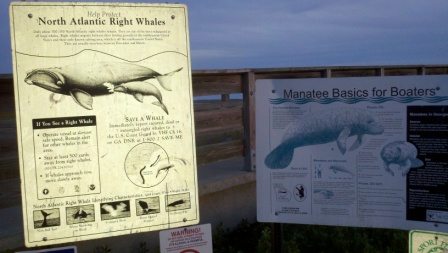 You never know what sort of wildlife you’ll see in and around these waters. 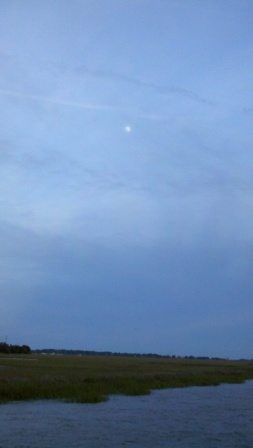 Don’t forget, tonight the moon will be at its closest point to the earth. The “super moon” occurs at 11:35 p. m., but the best time to observe is during its rise and set. It will appear extremely large against the horizon. 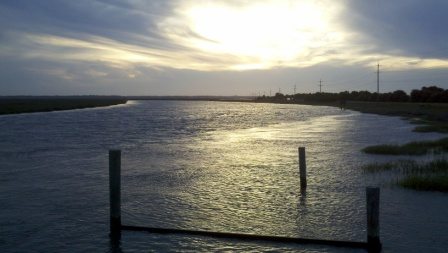 And we say goodbye to another day in paradise…