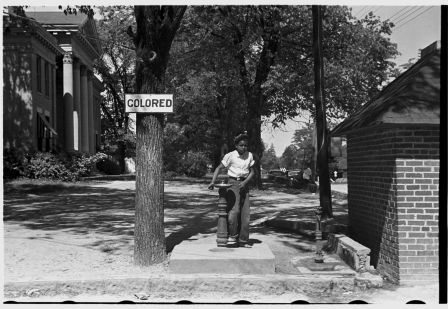 There’s an unwritten rule here at The Graveyard Shift, and that’s to avoid the controversial topics of religion, gun control, politics, and racism. It’s not that those topics aren’t important to me, because they are. And, sure, I have my personal beliefs and opinions like everyone else. But this blog is mostly in place to bring you factual information regarding law enforcement and criminal investigations. This is a place where you can visit and leave the heated discussions behind.

However, there are times when law enforcement crosses paths with the controversial topics, and the subject of racism v. justice is what prompted today’s post.

The criminal case of Michael Dunn recently ended with Dunn being found guilty of three counts of attempted murder. The jury was unable to reach a verdict on the 1st degree murder of 17-year-old Jordan Davis. Dunn is white and Davis was black.

For those of you not familiar with the case, here’s a brief recap. Dunn and his wife stopped at a local convenience store to get gas for their car. They parked at the pumps beside an SUV occupied by four black teens. Music coming from the SUV was loud, in the way that many young people like to play their tunes. Apparently, the song selection was rap—it’s believed that Dunn referred to it as “thug music.” Dunn asked the teens to turn down the music and what happened next is where Dunn’s story does not match the accounts of witnesses.

Dunn, a 47-year-old software engineer, claims one of the teens displayed a weapon. In response, Dunn drew his pistol (he had a concealed weapon permit) and began firing into the SUV. In all, Dunn fired 10 rounds into the teens’ vehicle. Jordan Davis was struck by one of the rounds and died. No weapon was found in the SUV or in the possession of the passengers, including Jordan Davis.

Dunn claimed he fired in self defense. Was he acting in defense of himself or others? Was his action a case of premeditated murder? Well…

First of all, it seems that somewhere and somehow along the road to 2014, the word “thug” has become a derogatory term equal to the “N” word. I must not have received the memo to that effect, because I use thug as a blanket term to describe crooks, gangsters, bad guys, bank robbers, and, well, you get the idea. The word thug, to me, is not related to any race.

Next, we can’t have a discussion about the Dunn case and others like it, while tip-toeing around racial issues, pretending they don’t exist, and while fearing we’ll hurt someone’s feelings. I’m sorry, but those feelings are nothing new. In fact, they were first hurt a long time ago, and a great example of that is in the photo at the top of the page. I don’t think I need to explain how degrading and hurtful it must’ve been to that young man who was only allowed to quench his thirst at a “Colored Only” fountain. By the way, the location of that image was in Halifax, N.C., not far from the Va./N.C. border along I95.

Was Dunn’s shooting racially motivated? Some say it was, while others say it wasn’t, and I don’t think it takes a rocket scientist to know the majority of who believes what. And that brings us to the big question…WHY? Is it that whites absolutely hate people of color? Do people of color hate whites because they’re white. Or is it that the hatred and distrust stems from the way people were treated many years ago, long before we were born. Another question at the top of the racial question list is, “Do cops target black people, especially young black men?” If so, why?

I can’t begin to speak for others and their beliefs and knowledge of racial issues. I can only speak to what I’ve experienced and witnessed with my own eyes. What I observed during my career in law enforcement and the years since and those preceding (most of which was spent well below the Mason-Dixon line), is a basic lack of understanding of races and cultures other than our own. Sure, we may all live in the same towns and even in the same neighborhoods within those towns. HOWEVER, there are barriers that divide the races. Those barriers prevent us from completely understanding our differences. We’re confused because those on the other side of the barriers don’t do as we do and we don’t do as they do. And what is it that rears it’s ugly head when we’re unsure about something…FEAR.

Where there’s fear there’s often an overcompensation of our defense mechanisms and defensive posturing, and that’s often the case in the males of our species. Blacks and whites both often enter situations with chips on their shoulders, ready to “defend” their skin colors against all who dare to approach. In many instances it’s assumed that the a person of a different skin color is out to harm another of a different flesh tone.

We can pretend it doesn’t exist (prejudice) but it’s out there no matter how hard we all jump up and down and declare it’s not. Still, and I’ve seen it, a great portion of the racial divide is caused by the aforementioned fear. Self-induced, stereotypically-induced, ignorance-induced, historically-induced fear. And nothing but.

And that brings me back to Michael Dunn, a white man who encountered a group of four young black men. Davis “asked” the teens to turn down their music, but after a moment of discussion they refused. They liked the music and they liked it loud. Should they have turned it down? Well, maybe. But not because Dunn told them to turn it down. Instead, there’s more than likely a city ordinance that governs loud music and other noise pollution, and it is the job of the police to enforce the law. Not Mr. Dunn.

So the teens opted to leave the music as is. In response to their actions Dunn drew his weapon and shot at them, killing Davis. Would Dunn have fired into an SUV occupied by four white teens whose music, perhaps a Maroon Five song, was blasting at top volume? In my opinion, probably not.

Why do I think this incident occurred? Well, the loud music was being played on the other side of that imaginary barrier. To Dunn, he saw black kids playing their “thug” music and when confronted they bristled up because it was someone from the other side of the cultural barrier who’d demanded they reduce the volume. Dunn then felt threatened by people he didn’t understand, or he may even have been appalled that they (the black teens) had questioned his request/demand. So, a line was drawn in the sand at the precise location of “the barrier”.

Dunn, ignorant of reality, was probably scared of the black kids. And, his pride was possibly in jeopardy. Well, that and the fact that he seriously appeared to feel as if he were the victim in the incident. 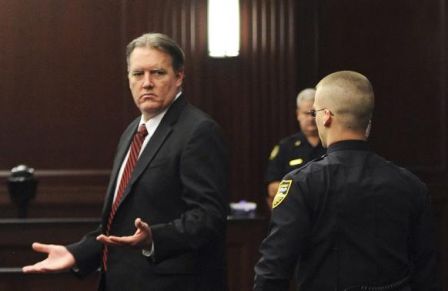 Michael Dunn (L) raises his hands in disbelief as he looks toward his parents after the verdicts were announced in his trial in Jacksonville, Florida February 15, 2014.

The jury could not reach a verdict on the charge of 1st degree murder, and people are angry, crying that he got off because he’s white and there’s no justice for blacks. First of all, juries are charged with using only fact to reach their decisions. Race and opinion should never enter into the equation, unless, of course, race is an issue that was introduced as motive. In Dunn’s trial, it was not.

Next, to reach a guilty verdict for first degree murder, the prosecution absolutely must prove that the murder was premeditated, meaning that Dunn thought about and planned to kill Davis in advance of the shooting. In this case premeditation was not proven beyond all reasonable doubt. However, there is no set time frame when premeditation must occur. That planning and thought could actually be in as short a time period as it took for Dunn to go for his gun and then pull the trigger.

I imagine we’ll see Dunn tried again for 1st degree murder. After all, this one ended in a mistrial. The door to a new trial is wide open. 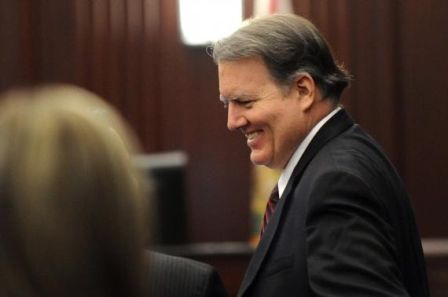 A smiling Michael Dunn talks with his lawyer Cory Strolla after the jury began their deliberations in Jacksonville, Florida February 15, 2014.

You know, until we, as intelligent humans of all races and cultures can come together to share and learn about one another, and to overcome the fears of what we don’t understand, well, I “fear” there’ll be scores of funerals and murder trials in the coming days, weeks, months, and years.

Remember, kids aren’t born despising and fearing other kids. Someone has to teach them hatred. Until then, they love everyone. 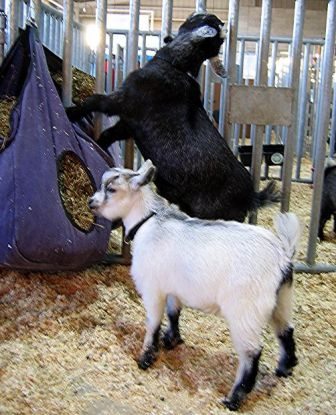 *For the record, I don’t like rap music. But not because it’s predominantly performed by people not of my skin color. Instead, it’s because it doesn’t sound like music to me. It’s noise with someone talking really fast about killing cops and and abusing women. You know, like the conversations in any and every cell block across the country.

I prefer four or five people who can actually sing a song and play an instrument. You know, like the Beatles or Led Zeppelin. Janis, The Temptations, Clapton, Aretha, The Oak Ridge Boys, etc. Hell, I’d take The Partridge Family over rap music…any day. Do I hate the people who enjoy rap? Of course not. Would I like to see it banned from the planet earth. Sure…and it couldn’t happen soon enough. And, please, take auto-tune with it.