When thinking of solving a convoluted murder case we often picture highly-trained, highly-skilled scientists releasing DNA from a bloody glove or sock. On TV we see experts hovering over steaming vials, boiling test tubes, and genetic analyzers. We read about the protagonist who magically locates key pieces of DNA in the most improbable locations. Sure, the science of DNA is pretty interesting. But did you know you can actually extract DNA in your own home using everyday household items?

Every living thing has its own unique DNA, including plants. In fact, the last time I was in a DNA lab we extracted DNA from a strawberry. For the purpose of this home experiment we’ll use an onion, because the smelly vegetable produces a really nice strand of DNA that’s easily seen with the naked eye. 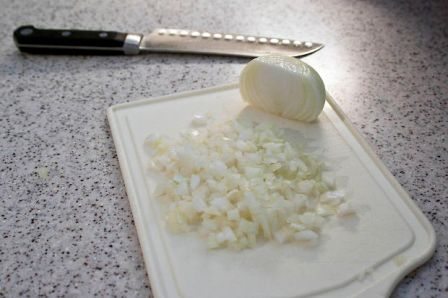 First of all, you’ll need to collect the ingredients needed to unlock the DNA from the onion—approximately 100ml of finely chopped onion, a pinch of salt, meat tenderizer, rubbing alcohol, dish detergent, and 200ml of ice cold water.

Now place the chopped onion, salt, and ice water into a blender. Blend for approximately fifteen seconds (this separates the onion cells). Repeat the blending for another 20 seconds, or until the mixture becomes foamy, like the beginnings of a meringue.

Pour the foamy mixture into a glass container and add 1/6th of dish washing liquid as there is mixture (yields two tablespoons).

Swirl soap through mixture and then pour into test tubes until each tube is about 1/3 full.

Sprinkle a pinch of meat tenderizer into each tube. The tenderizer acts as an enzyme that cleans proteins away from the DNA.

Tilt the test tubes to one side and slowly pour in rubbing alcohol until the tubes are 2/3 full. The alcohol forms a separate layer at the top of the tubes. 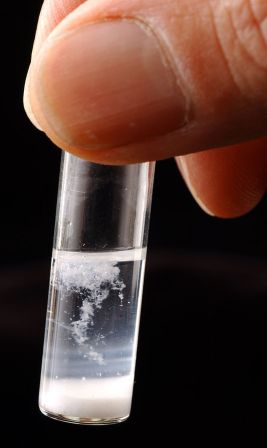 DO NOT shake the test tubes. 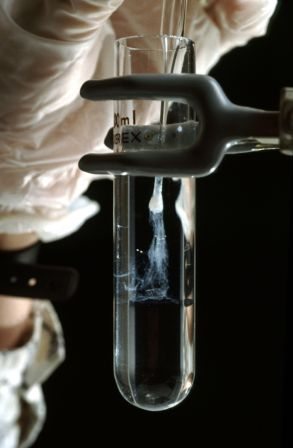 The onion DNA wraps itself around the stick, or rod (the DNA slightly resembles a sperm cell).

Remove the DNA from the tubes.

There you have it, your own DNA lab in the comfort of your own home. No back logs and no cross contamination from other scientists and samples. The question is, “Did the onion do it?”

Followon TwitterSubscribeto RSS Feed
What Happens In Monterey…Shows Up Here!