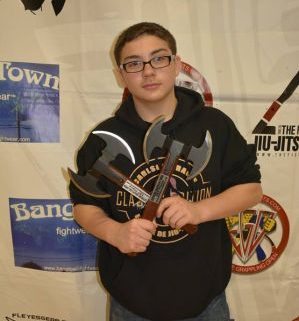 Tyler Proffitt is a champion, several times over. His room is practically filled to the brim with trophies, medals, and other top awards, most of them 1st place accolades. 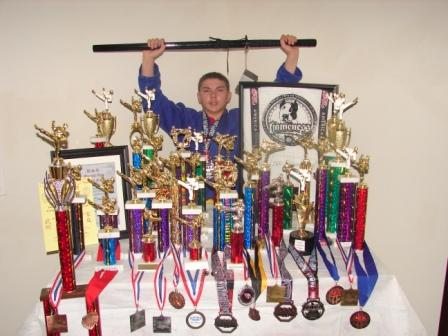 Tyler pictured with a few of his awards.

Tyler, who’s 13-years-old, competed against 16-year-olds in the No-Gi division (Gi is the traditional garment worn in martial arts) and, after a grueling day, wound up fighting for the top spot. 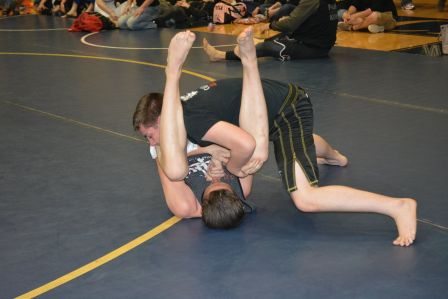 In the end, after one win and a loss, Tyler came away victorious after locking in a belly-down arm-bar on his opponent who quickly tapped-out.

A “tap-out” occurs when a competitor submits to his opponent, usually as a result of intense pain being applied to a portion of their body. Submission is signaled by using a hand to tap the mat or somewhere that’s visible to the judge. 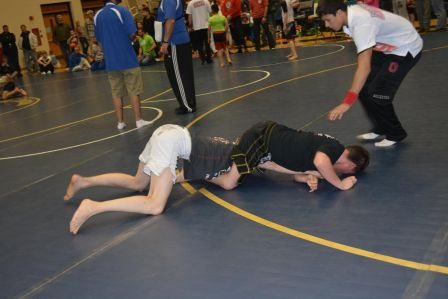 When the final match was finally over, Tyler congratulated his much older and much larger competitor before heading to the podium to receive his 1st place award. 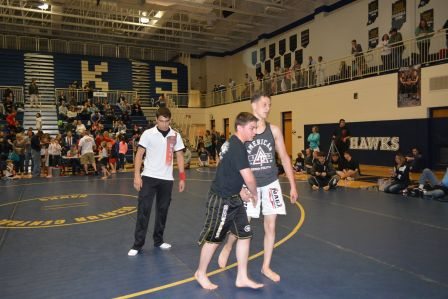 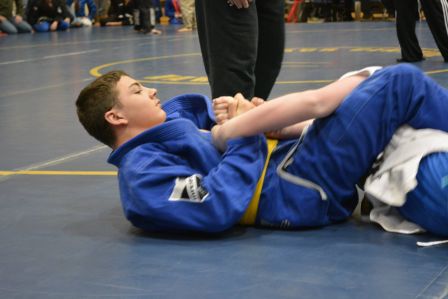 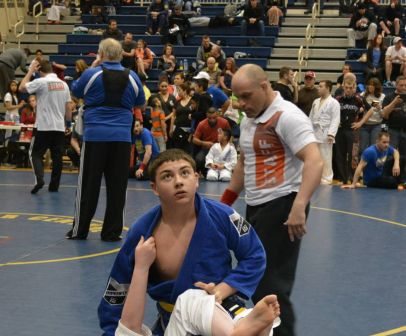 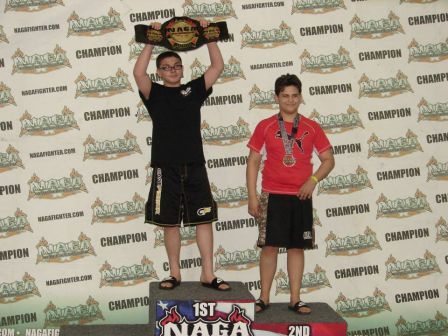 Tyler on the winner’s podium holding up the coveted title belt. Pictured with him is the silver medal winner (2nd place).

Thanks to his hard work, coaches, teammates, and you, the writers who stepped up to sponsor him, Tyler has been able to compete in, and win, numerous high-profile competitions. To name only a few:

Advanced Naga – 2nd Place in Gi and No Gi

Tyler is also a two-time nominee to the USA Martial Arts Hall of Fame.

Here’s a brief video of Tyler during a few of his championship matches.

Again, thanks to all of his writer sponsors. By the way, their books are featured in the right side bar of this blog.

*If you are interested in becoming a sponsor and having your books advertised on this page please contact Lee Lofland (the proud grandpa) at lofland32@msn.com.