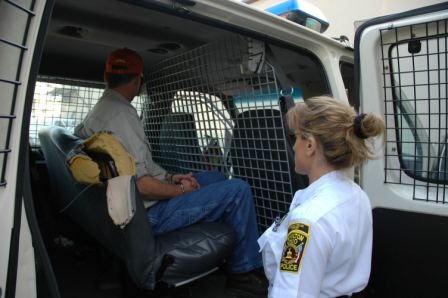 Years ago, when I first went to work for a county sheriff’s office, police procedure and equipment were quite a bit different than they are today. Yes, that was back in the day when my co-workers were Flintstone and Rubble and other Bedrock friends. 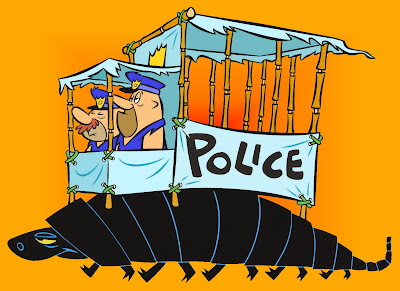 In those days, we didn’t have cages or partitions between the front and rear seats to separate us from the folks we’d arrested.

The lack of that piece of important equipment meant we had to transport unruly prisoners in the front passengers seat, which often made things a bit dicey. This was especially so when a suspect was a homicidal maniac who carried on vivid and animated conversations with the voices inside their twisted minds. It was slightly unnerving the night when a violence-prone prisoner said to his invisible friend, “Sure, I’ll do it. I’ll kill the cop.”

Once in a while we’d encounter a “little darlin'” who’d decide that he should have control of our sidearms, a desire that caused us to fight tooth and nail all with them the way to the jail, all while trying our best to keep our pistols inside our holsters instead of in the hands those homicidal maniacs who wanted to kill us.

If suspect was particularly combative we’d call on another deputy to ride in the back seat with them. This type of subject was often a real sweetheart who, by this time in the process, had urinated and/or thrown up on the seat, floor, windows, and even the ceiling of the car. Sometimes, if we were really lucky, they’d also “do their business” in their pants and then smear the feces on any and every available surface.

Ah, the good old days of wrestling with one hand, holding onto to your weapon with the other, all while rolling around in a puddle of warm, fresh body fluids and other “matter.”

Indeed, those were the days. Sigh …

Today, though, police cars are equipped with sturdy cages and partitions that prevent prisoners from assaulting officers during transport. Partitions also provide a slight sound barrier between the front and rear compartments. Not much, but any reduction of nonsensical noise level is nice.

Believe me, there’s nothing like a nice Saturday night drive while listening to a drunk screaming obscenities at the top of their sweet little lungs. And, did you know there are people who have the power to cause the immediate dismissal of any officer who dares to arrest them? Yes, they’re out there and they’re quick to let you know they possess this unique ability. They typically inform you of this remarkable power by screaming subtle niceties while their onion-dip-vomit-pickled-pig’s-feet-cheap-beer-smelling breath gently caresses your face and tickles your nostrils.

“The mayor’s my cousin’s brother’s sister’s mother on my daddy’s side of the family. You just wait until she hears about this. You’ll be in the unemployment line come Monday morning, you a**hole.” 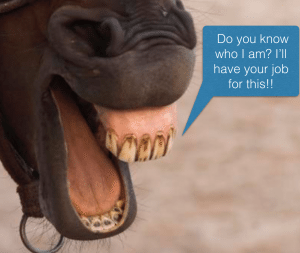 Of course, the violent kicking of the doors, windows, and cage, and the screaming, spitting, and peeing everywhere like a spurting, spraying backyard lawn sprinkler, combined with the constant barrage of blaring radio traffic and wailing and yelping sirens, all join together to ensure a safe, smooth, and distraction free ride to the jail. This soothing, ambiance helps to settle an officer’s nerves after struggling for twenty minutes to handcuff the intoxicated violent wife-killing, puking, window-kicker.

Many police cars also feature hard plastic rear seats and drain plugs in the floor. These two features are worth their weight in gold. Now, officers can simply hose out the entire back seat area, if needed (and you now know why). 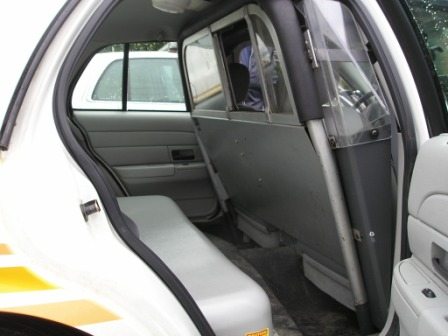 1) Always search the prisoner before placing them inside the patrol car. This includes a visual search of the inside of their mouth, a place where handcuff keys, drugs, etc. are easily hidden.

2) Always search the rear compartment of the patrol car before and after transporting a prisoner. The same is true before a shift begins and again when the shift ends. The reason is to locate any evidence/contraband so it can’t be blamed on someone who did not leave it there. They (arrestees) leave it behind so it won’t be discovered during booking (drugs, weapons, etc.), because it could lead to additional chargers for weapon and drug possession. Of course, officers should find all items when searching suspects subsequent to arrest, but things happen. They’re human and bad guys are slick. That’s part of what makes them bad.

3) Prisoners should be handcuffed with their hands to the rear, and seat-belted once inside the car. (Seat-belting is not a term for beating someone with a nylon strap). 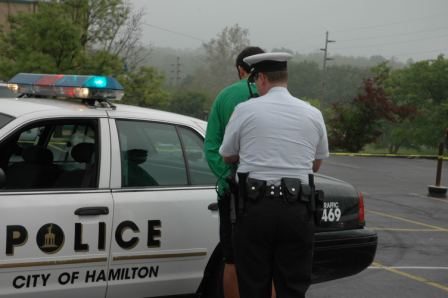 4) Adjust the rear view mirror to an angle that allows visual monitoring of  the prisoner. I know of some officers who installed a red lens cover over the overhead interior light fixture, or a dim light bulb, to allow nighttime monitoring of a prisoner without affecting the ability to drive safely. And, of course, many present day patrol cars are equipped with interior cameras.

5) Always remain alert, especially at the end of the trip. Many prisoners make their move to escape when the officer opens the rear door. 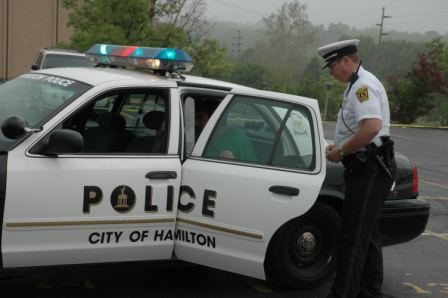 6) In an emergency situation, one end of a thin strap (a hobble) can be attached to leg shackles and the other end closed in the car door. This reduces the prisoners movements. Some police vehicles are equipped with a metal eye hook in the floor. The hook is used to secure cuffs or leg irons to the vehicle. However, most department policies do not allow securing prisoners to a moving vehicle because they’d be unable to free themselves if the car crashed. Back “in the day,” though, rules were far more relaxed.

Sometimes rear compartments of police vehicles are used for purposes other than transporting criminals, such as transporting dignitaries to various meetings and other high-profile functions. 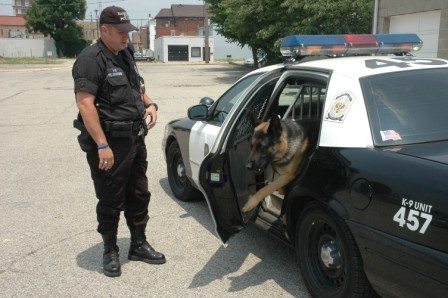 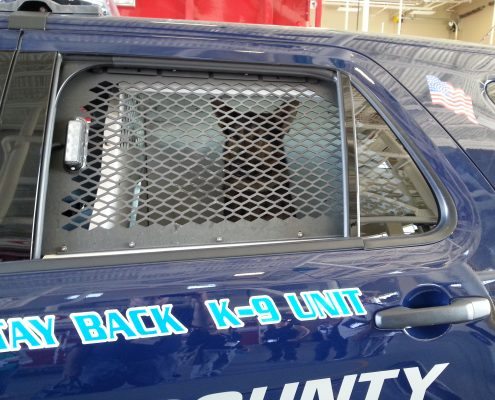 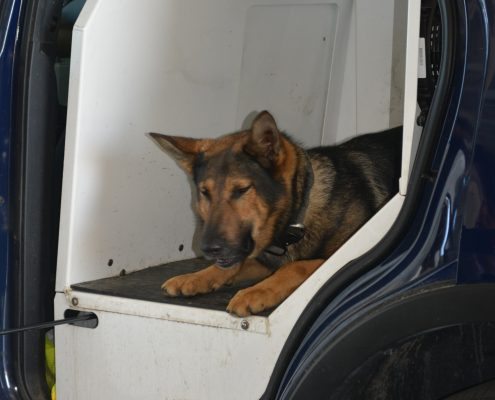 We love our VIPs. 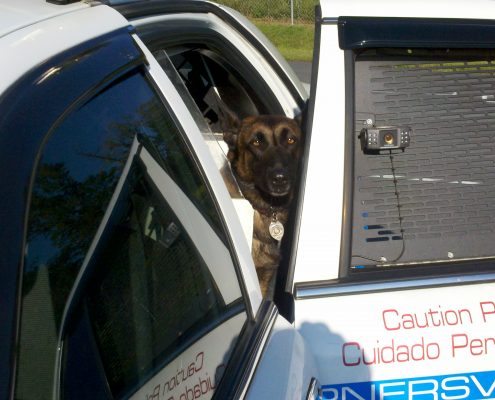 Our favorite kind of backseat rider

Who Let the Dogs Out … 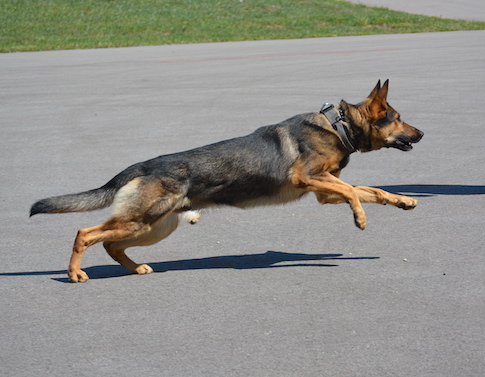 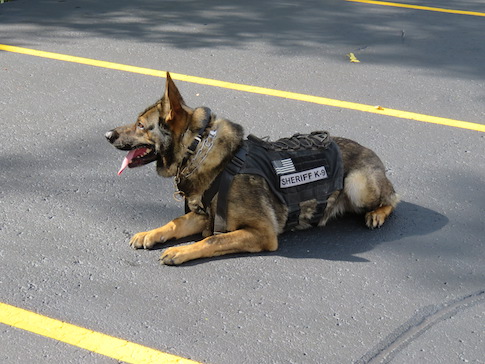 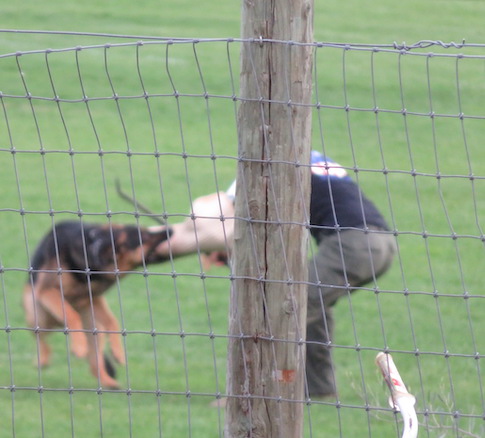 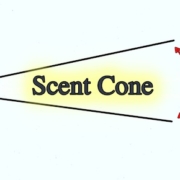 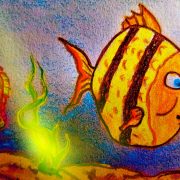 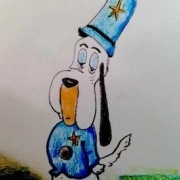 We’re Looking for a Few Good Stories, Because “People Are Stran...
Scroll to top