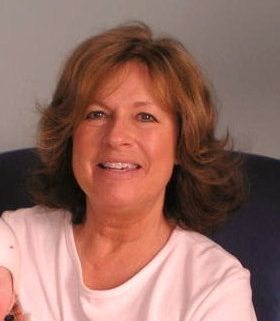 Born in San Francisco and raised as an Army brat, Thonie spent time in Germany, as well as army posts around the US. She lived in and attended school in Marin and college at Lone Mountain College in San Francisco. A writer since the age of ten, Thonie was detoured into law enforcement in 1973 on a dare. In the thirty years since, she has been a parking enforcement officer, dispatcher, community service officer, records supervisor, and communications training officer. She is an alumnus of San Rafael PD, Petaluma PD, Sonoma County Sheriff and Bishop PD. Newly retired from Rohnert Park Department of Public Safety Dispatch, Thonie is concentrating on her writing career: two crime novels completed, one in revision (the other in mothballs) and police and firefighter profile articles monthly for a local newspaper.

Thonie is married to a retired fire captain, Danny and currently lives in Northern California. Her outside interests include riding her senior citizen thoroughbred and raising a rambunctious Rottweiler puppy.

It drives me crazy when fiction novel, television, and movie characters use 911 incorrectly (for instance-the dispatcher dismisses a caller as a kook and doesn’t send help). The truth is usually more ordinary than portrayed but it still can be exciting. In the interest of writers’ accuracy, I was invited to explain 911 and how it applies.

For my reference, I reached out to 60 of my dispatcher friends and co-workers on Facebook. I sent an inquiry asking for media misrepresentations of 911 (9-1-1-never nine eleven) and dispatchers. I was surprised at the intensity of their responses.

Topping the list is a recent blunder. Did you see the first episode of the new series, “Trauma”? In the first scene, a paramedic–on his way to an emergency call-is “patched through” via dispatch, directly to the caller to give CPR instructions. First, there is no such thing as “patching through” from dispatch to a field unit. This was the most notable criticism from dispatchers about television and movies. “Patching through” is a common movie/TV term but in reality, it is impossible. Secondly, consider how unsafe it would be to have public safety personnel enroute to an emergency get on the phone and either answer questions or give directions to a person who could be hysterical, unable to perform, or any variation of levels of consciousness. Think about it: how much attention could a paramedic give to driving while responding code three and trying to explain CPR?

Here are a few other myths my co-workers suggested:

Call traces–the phone company does traces, not police agencies. Even if I have a suicidal caller on the phone, my partner has to call the phone company to get a trace started. Last time I did this, it took two hours to provide an address. Cell phones are not traceable yet. GPS and cell tower technology are used in lieu: latitude and longitude are provided on the 911 screen along with percentage estimate of accuracy. It follows that even if the latitude/longitude are correct, if the caller is in an apartment complex-well, you see the potential for problems locating a victim/patient. You also might note the possibilities for plot spikes. A building search would certainly amp up the tension! For cell biller information, we have to fax an emergent request to service carrier’s security department. There is no time limit on how fast they reply.

The dispatch center is portrayed as quiet, calm and soothing–well, sometimes it is. More often than not though, police radios are blaring, phones ringing, partners yelling out what needs to be done. Officers (and firefighters, paramedics, rescue units, you get the idea) are a dispatcher’s first priority. Even if it’s just plain busy-not anything critical-just busy (think firecracker complaints on the Fourth of July), there are cranky field units, radio feedback, open microphones (then no one can transmit), bad reception, and non-stop phone calls. Please note that all calls must be answered, even if they come in on business lines. It’s happened many times that in the middle of a catastrophic event another emergency call will come in. It is also common to have citizens call during an incident like a manhunt to find out why the helicopter is hovering above his neighborhood. All these calls must be answered, often all at the same time.

Chain of command-we follow it. We are directed by the lead dispatcher, dispatch supervisor, patrol sergeant, lieutenant, etc. It is rare that a chief will come into dispatch and order the dispatcher to a task. This is how paramilitary organizations work; you deviate, you get reprimanded.

Wasting my time-every weekend, Rohnert Park dispatch has a little old lady who calls 911 to ask the time. While this is technically a misuse, I don’t think any one of us has ever reprimanded her. It’s just easier to tell her. She’s happy and we get her off the phone quickly. However, in California, it is a misdemeanor to call 911 with the intent to misuse it. If a person calls because they think they have an emergency and we determine it is not, we will re-direct the caller to the business line or the appropriate agency. For instance, I had a man call saying he had bedbugs from a local hotel. Obviously, he was upset but this was not a life threatening situation so after he denied the need for an ambulance, I referred him to the health department. There are also malicious callers: the guy who used an untraceable cell phone to report a man with a gun at a local high school while he was getting ready to rob a bank across town. (We caught those guys!)

Let’s take a look at the nuts and bolts of 911–911 is a dedicated telephone system inaugurated in 1968. The three digit number was intended as an easily-remembered, coinless method of reaching public safety in an emergency. Landline and cell phones allow for 911 calls even if there is no service contract.

A 9-1-1 system is made up of two levels of service-Basic and Enhanced. Basic provides three digit dialing and intelligent routing to a communications center. Enhanced service is the current industry standard. This level of service displays the billing party’s address and telephone number, plus other technical info (such as law, medical and fire agency jurisdiction). The resident/business name is culled from the phone company billing. 911 lines are dedicated to incoming calls. This means if you hear a busy signal, all lines are busy. A fast-busy tone indicates circuits are down (as can happen in a disaster). 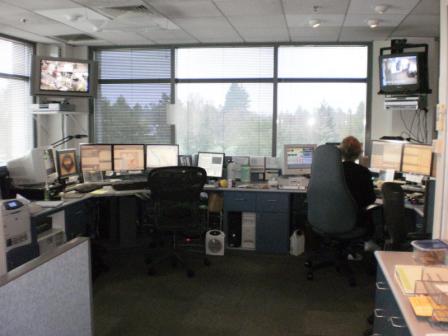 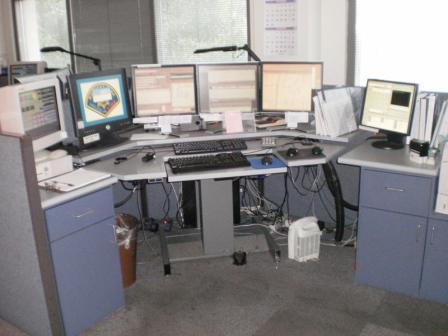 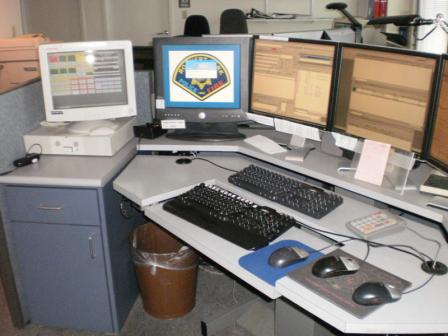 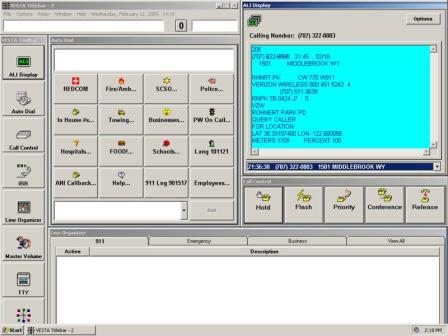 Calls can be transferred to local outside agencies that include county sheriff, surrounding police departments, poison control and language translation. They can also be transferred to out of the area jurisdictions however the dispatcher will have to look up the phone number the same way you do. Law enforcement directories only list administration numbers-not a 24 hour communications center.

I work at Rohnert Park Department of Public Safety. Our county-wide protocol dictates ambulance requests be transferred to an emergency medical dispatch (EMD). EMD centers are staffed with specifically trained personnel. This is aimed at patient safety: EMD works on a very strict medical matrix. Providing the wrong treatment info can jeopardize a patient, so when EMD is done, it is by trained medical dispatchers.

Emotional fallout-this is a wonderful career, to be sure. It doesn’t get better than this: helping people get the help they need. But there is emotional fallout. Career dispatchers can burn out if they don’t take care of themselves. To be effective, a dispatcher must take emotion out of the equation-at least during work hours. I know of a dispatcher who took a call on her first day back from maternity leave of a five year old that shot and killed her four year old brother. We are human and feel the pain, but not when there’s a job to do. Even when we lose an officer, there’s so much to be done to finish out the incident that we cannot cry until later. Then there’s what I call the “accrued damage”. It is the graveyard shift when you didn’t get enough sleep, lack of closure on calls, and too much overtime. It’s the little unresolved things that add up, like dirt that accumulates in the corners.

My daughter, Melisa Conti, a dispatcher with CHP in Bishop, California, commented that “CSI” episodes irritate her the most. “…because they give the public some false hope about how expeditious solving a crime can be.” As the first line of contact with the public, I can tell you I often have to explain to people that the technology for solving their crime is fiction.

In short, a writer’s work exists in an imaginary world but credibility is lost (and thus an audience) when it is inaccurate. Story tension is imperative but not at the expense of authenticity. “Trauma” lost me in the first 30 minutes because a paramedic had a temper tantrum in the middle of a mass casualty incident. I’m not saying it couldn’t happen, but a character with that temperament would’ve been weeded out early in her career. The possibility of this kind of behavior may pump up the drama but it is unrealistic enough to “turn off” the public safety audience. Between cops, firefighters, paramedics, support staff and all their families and friends-that is the loss of a huge chunk of your audience.

So let’s write it right!

Registration is officially open and I’m pleased with the number of people who’re taking advantage of the low early registration rate.

Our registration page has been updated. The spammers were killing us with ads.

A large portion of the Writers’ Police Academy proceeds will be going to the Guilford Technical Community College Criminal Justice Foundation. Without them this event would not be possible. The instructors for this event also devote a heck of a lot of their time to answering questions for writers.

* Space for the FATS training is limited to the first 100 people who sign up for it and we’re rapidly approaching that number!

Castle: Deep in Death – A Review
Scroll to top