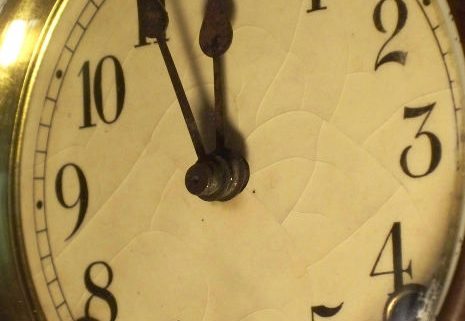 2355 hrs – I signed on for my shift, the first of a string of graveyards. This was a night back in the day when Patty Hearst was in the news, Peter Frampton and his group were asking the country “Do You Feel Like We Do,” and the Son of Sam pulled a gun from a paper bag, the beginning of his reign of terror over the city of New York. During this same period of time, a horse with no name wandered around the desert, Eric Clapton shot the sheriff, and Gladys and the Pips got the hell out of town on a train that also operated during the midnight hours.

Ah, yes, my nemesis…graveyard shifts. I despised working midnights, especially the hours between 4 am and 7 am. The dead zone is a great moniker for those mind-numbing three hours of forcing oneself to remain awake and alert. So yes, there is a bit of irony embedded within the name of this blog.

This particular night started off with a call the moment I signed on, and it was one of those calls. The deputies working the shift before mine had it planned. They, my friends and fellow keepers of the peace, purposely saved the call just for me. It was a temporary detention order (TDO) for a troubled young woman in her early 20’s who had a problem that needed immediate psychiatric attention. So, with the judge-signed order in hand, a female deputy and I drove over to the woman’s house where she lived with family members. I should point out, though, that the female deputy was not a police officer. She worked in the jail but I wanted a woman to go with me in case of, well, you just never know. And, since there were no female deputies working at the time…

The family, of course, was quite upset, and through tears and sobs the mother told me her daughter had locked herself in her room, barricaded the door, and wouldn’t come out. Lovely.

Once inside the room the realization hit me as to what a long night that was going to be. The woman was totally naked and she’d armed herself with a can of hairspray and a tube of lipstick. She’d also smeared a coating of baby oil over her body.

Yes, it happened. A wild-eyed, slimy, buck-naked woman attacked me, and it was like I’d fallen onto a combination of spinning windmills, two running chainsaws, and a school of angry piranhas.

Please. Before we continue, close your eyes and picture the scenario. Place yourself in my brown, shiny shoes and think about this for a moment. Let it sink in. Ready now?

Okay, so there I was, in the middle of one of the worst nude lipstick assaults in the history of law enforcement, trying to protect myself from a 120 lb. naked woman who’d decided to climb me like a squirrel on speed. I wanted to be compassionate. I really did. After all, she was a troubled woman suffering from mental illness. But she was all over me. First here. Then there. She slithered up and down and around at such a rapid pace I couldn’t tell from where the next bite, scratch, pinch, hit, or hairspray squirt was coming.

Instinctively, not wanting my face and uniform decorated in candy apple red striping, I grabbed for the hand that held the lipstick. Big mistake. I should’ve gone for the hairspray. Are you aware of the intense stinging that stuff causes when your eyes receive a direct hit? Not to mention it tastes like @$%# when you get a mouthful.

At this point I’m wrestling with an un-attired woman. My eyes are on fire. I’m spitting and sputtering, trying to purge my mouth of AquaNet. I’m bleeding from a couple of bite wounds. My face and uniform are painted with so much lipstick I look like I’m preparing to attend an Aboriginal tribal ceremony. And I’m in this alone because my backup, the woman deputy I’d brought with me to help in the event something like this occurred, panicked and retreated back to my car where she remained until all was once again well.

I finally managed to cuff the nude Tasmanian Devil, which was not my preference in situations that involved the mentally ill, but sometimes there’s no alternative. There was no way the family could control her and my “partner-du-jour” was certainly of no help. So you do what you have to do and think about the big picture, and in this case it was that she would get the help she so desperately needed.

Anyway, the woman’s mother covered her with a robe, which we made certain was securely tied to prevent further show-and-tells, and off we went to the hospital. I cannot begin to imagine what the people in the hospital thought when our motley crew entered the building. Of course, the two women with me looked fine. It was I who looked like the battered villain in the final scene of a Terminator movie sequel.

I don’t care how hard you try, you can’t be cool when you’re covered in lipstick from head to toe, including an imaginative and sort of artistic doodling on my rear end (I’m not sure how or when that happened), your eyes are bloodshot (a shade that complimented the lipstick, though), dried blood on your neck and arm, and the place where your badge is supposed to be is reduced to shredded bits of brown polyester. Nope, not a single ounce of swagger in that look.

And this was only the first call of the night, with six long hours to go.

So yeah, I despised graveyard shifts.