The experts preach that DNA testing take weeks, sometimes months, before the results are known. So how was it possible for the U.S. government to use DNA to confirm bin Laden’s identity so quickly? Easy. The DNA testing process has never been slow. In fact, the entire procedure can be completed in a just a few hours. The problem with DNA testing in criminal cases is the enormous backlog of cases waiting for their turn in the lab (imagine the line at the DMV and then multiply it by a hundred). Even back in the old days of gel testing it only took about two days to learn the results of the test, but due to the backlog, law enforcement officials sometimes didn’t receive test results for months. So, as a safety net it was best, if necessary, to have other evidence available, such as a confession, fingerprints, and tool marks. In fact, it’s still best to collect all evidence, relying on DNA evidence as the “icing on the cake.” 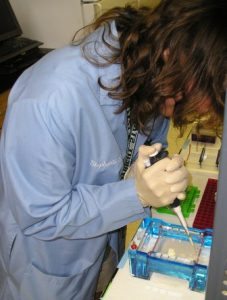 In all cases, there must be a known sample for comparison to the DNA that’s undergoing testing. If not, results wait in limbo until matching DNA is entered into the system (a suspect is arrested and tested, etc.). In the bin Laden case, officials most likely used a DNA sample obtained from his sister when she died of cancer in a Boston hospital. If so, officials were able to determine that the body in question was indeed bin Laden’s. And they were 99.9% sure of that fact.

So exactly what are the steps to complete an entire DNA test using today’s procedures? 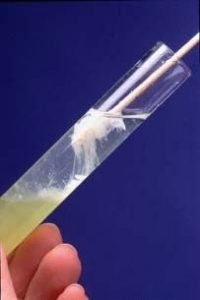 1. Extract and purify DNA, a fairly simple chemical process that can be completed in between 30 minutes and a couple of hours. 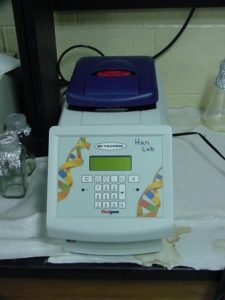 2. PCR amplification of the recovered template DNA using commercially available kits (looking at either nine, 13 or 15 polymorphic loci depending upon which kit was used — no doubt the same kits used for forensic casework in the US) in a process that takes 1.5 to 2 hours (sort of a DNA copy machine). 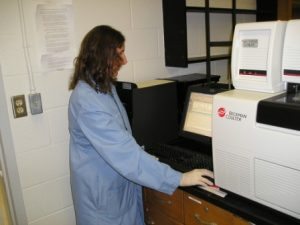 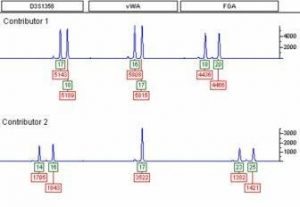 4. Interpretation of the results which can be accomplished in a matter of minutes — essentially the amount of time it would take to enter between 18 and 30 numbers into a spread sheet.

According to world renowned DNA expert Dr. Dan Krane, the most time-consuming step in the entire procedure is…Well, why don’t I use Dr. Krane’s words. 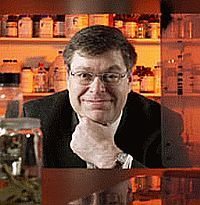 “I do not have any inside knowledge of the tests that were performed to identify bin Laden and I have not seen the test results. However, I would expect that the government generated and compared conventional, automated STR DNA profiles. Those types of comparisons are done fairly routinely in the case of missing person identifications.

The largest and most expensive instrument involved would be the genetic analyzer used for the capillary electrophoresis step — they weigh a few hundred pounds and are about the size of a typical desk but are found in crime labs and molecular biology research labs (they are used for DNA sequencing) around the world.

Getting the sample to a place that had a genetic analyzer may well have been the rate limiting step. In the case of the DC sniper shootings several years ago DNA profiles were generated by the FBI within five or six hours of each shooting and the time that it took to get the samples to the lab was often the rate limiting step. Generating profiles in so short a time frame is a clear indication that the work was very high priority — in typical crime investigations samples can take months to be processed due to wide spread backlogs.

Humans are diploid organisms meaning that we have two copies of all our genetic instructions. We get half of that material from each of our parents. As a result, siblings share on average half of all their DNA which is substantially more than pairs of unrelated individuals. In essence, it is a very rare pair of siblings that might be confused as being a pair of unrelated individuals (and vice versa).

I have heard that there is a 99.9% certainty that the tested DNA was from a sibling of bin Laden’s sister (whose tissue was genotyped approximately six years ago when she died of a brain tumor). I think that a more appropriate way to phrase that statistic would be “it is approximately 1,000 times more likely that the tested DNA came from a sibling of bin Laden’s sister than from a randomly chosen, unrelated individual.” That phrasing is more consistent with how paternity and sibling tests are typically described.

It might be worth pointing out that the type of DNA profile that was generated can say nothing about the age of the individual tested. The same applies to things like the birth order of siblings and the age of the sample being tested.”

Lab on a Chip

“There has been a substantial investment in the development of methodology that would allow DNA testing to be done in the field in a very short period of time (an hour or less — using “labs on a chip”) but that methodology is still at least several years from being ready for use to my knowledge.”

Lab on a Chip