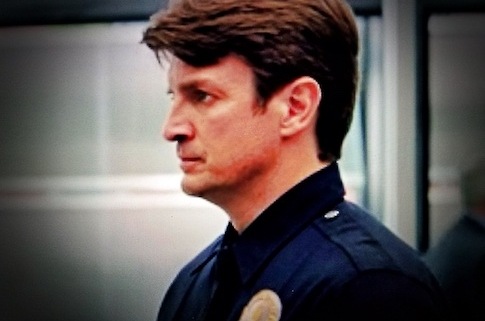 We’re BACK! Yes, author Melanie Atkins and I have once again teamed up to review the romance and cop stuff seen on a popular TV show. As you may recall, we wrote a weekly analysis of the hit TV show “Castle.” Now, we’ve followed Nathan Fillion to the streets of Los Angeles where he stars in his new role as John Nolan, a forty-year-old police rookie, and if the pilot episode is an any indication, well, we’ve got our hands full of cool stuff to scrutinize in the weeks to come. Looks like fun. So off we go, starting with Melanie. 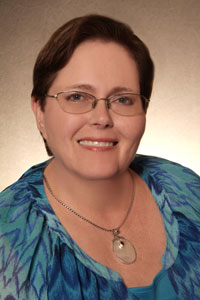 Hello, everyone! I’m glad to be back. As you know, Lee and I reviewed Castle until it went down in flames. We’ve looked for other shows to review but finally decided on The Rookie, Nathan Fillion’s new venture that debuted this week on ABC. I’m sure Lee has told you this already, but I wanted to add my two cents. I wasn’t happy with Fillion after hearing rumors—some of which were true—about the way Castle ended. But commercials for The Rookie grabbed me anyway, probably because I’m a sucker for cop shows, so here I am, watching with a jaundiced eye in regard to Mr. Big Ego.

So far, so good. I watched the pilot of The Rookie one day late and really enjoyed it. The show is fast paced, current, and a bit edgy, all while including enough humor and romance to make me smile. I’ll let Lee critique the police procedure, but nothing except the rookie’s age jumped out at me… and that might be totally okay in some jurisdictions.

Fillion’s character, John Nolan, a forty-year-old in the midst of a “mid-life crisis” following his divorce, moves cross-country from Pennsylvania to Los Angeles to become a cop after inadvertently ending up in the middle of a bank robbery. A weak premise? Yes, in some ways, but the writers make it work by flashing forward to John’s first day on the job as a rookie instead of focusing on the move, the application process, and/or the academy. I liked that.

Most of the action involved police work, Lee’s bailiwick, so I’ll focus on the relationships. Nolan gets along well with the two fellow rookies assigned to his precinct, Jackson West and Lucy Chen—even so far as sleeping with Lucy—but the other cops are wary because he’s twenty years older than the average rookie cop. His training officer, Angela Bishop, doesn’t care about Nolan’s age but doesn’t want him getting in her way of her advancement up the career ladder. And their watch commander, Sargent Gray, calls him a “walking midlife crisis” and fears he’ll get other cops killed. He’s waiting for Nolan to fail . . . and fail, he does.

Or does he? In an attempt to save three other officers under fire, he abandons Bishop and almost gets her killed—but also catches the perpetrator and saves the day. Gray promptly fires Nolan, only to grudgingly have to reinstate him after the captain overrules his decision.

John Nolan hangs on to work another shift.

But will he and Lucy stay together? Before the shift that goes sideways, they pledge to keep their fledgling relationship under wraps, but Bishop, who is no dummy, makes them and confronts Lucy. Not only is dating another cop in the same precinct frowned upon, but it will brand a female cop. So . . . will she stay with John, or break it off?

I plan to tune in next week to find out. The Rookie intrigued me from the beginning and refused to let go, so I’m going to keep watching. How about you? 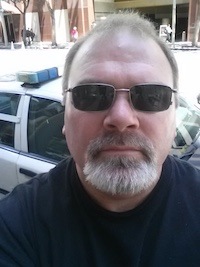 TO = Training Officer. In some areas they’re called FTOs, or Field Training Officer. The FTO has a huge responsibility, teaching young recruits the right way to do the job. It’s about adapting the things they’ve learned in the academy to real-world practices. It’s meshing the book-learning and practical exercises with real crooks, honest citizens who need help, and the ability to combine officer safety with the use of deadly force and/or de-escalation when the time comes, if it comes.

The FTO wears many hats. He or she is a teacher and a babysitter, having to continue the rookie’s training while preventing the anxious and nervous newbies from making stupid mistakes, all while protecting themselves and others from harm as the “boots” stumble along in their new careers.

Recruits, during the FTO portion of their training, should always, always, always assume that more seasoned officers know more about the job than they, the rookies, could possibly know in the four hours they’ve been on the streets.

However, it’s not unusual to see a brand new cop question their FTO or to attempt to do certain things on their own without the direction or supervision of the training officer, and that’s a huge negative, especially considering the danger level of the job. That, and the potential of harming innocent people since many rookies are especially prone to tunnel vision, having no real life experience of their own on which to reflect. Their minds are focused solely on academy training. They’ve not been subjected to Mike Maulacop who’s favorite pastime is beating on police officers. They haven’t yet developed the skill of peripheral cop-vision, seeing danger and action coming at them from all sides. 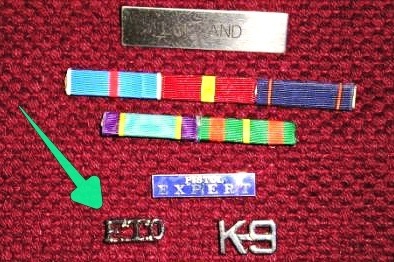 FTO pin worn on my uniform shirt, indicated by the green arrow. The others indicate expert marksman (blue ribbon with orange bands), years of service, medal of valor, and other distinctions.

It’s an FTO’s duty to mold new officers into street-ready cops, yes, but it’s also their job to evaluate those fledgling cops to see if they do indeed have what it takes to get the job done safely and efficiently—to see that they maintain proper command presence.

As an FTO for several years, I wholeheartedly agreed when the hit TV series Southland summed up command presence by telling officers to “look sharp, act sharp, be sharp.” That’s they key to it all. Plain and simple.

And it’s those six words that take me to my part of the review, examining Nathan Fillion as “The Rookie.”

Let me start my portion of this piece by saying that as a police academy instructor I once experienced training a recruit who was in his mid 40s, a man with gray hair, and crow’s feet at the corners of each eye that resembled squiggly lines carved by a child’s fingers into wet beach sand. He had kids nearly as old as his academy classmates. He could’ve been a father to either of the young men and women who trained beside him. He was a friend of the sheriff who’d hired him to serve as a deputy.

This man, the “old guy” as many of his fellow recruits called him the first day of academy training, out-ran, out-exercised, and out-tested nearly every other new officer. He was on a mission. He had to prove himself to the others and to himself. The only thing he couldn’t seem to do was to leave his own past life experiences and memories at home. He was practically untrainable because he, older than some of his instructors, thought he knew more than his trainers.

He simply could not leave 30-plus years of adulthood at the academy doorstep. And that was dangerous. He was a liability and a threat to the safety of those around him because he refused to learn the job and always second-guessed everything he was told, especially when told something by someone younger than he. He did not graduate the academy.

The world of cops and robbers is not what we see on television, such as Nathan Fillion pretending to lower his weapon when facing a knife-wielding man holding a hostage, only to quickly pull it up and shoot the guy in the leg to save the day and the crying woman. Perhaps Officer Nolan saw someone on Law and Order or CSI do something similar on their fictional television programs and it stuck in his mind as a cool tactic. Total BS in real life, though.

The same for the rookie on his first day out who froze during a shootout. Sure, that happens. I’ve seen it first-hand. But the officer couldn’t/shouldn’t be trusted to go back to street duty. The reality of that situation is, well, chances are great that he’d either get himself, a fellow officer, or a citizen killed should a similar scenario arise. Departments can’t take those sorts of chances. That should have been his last day on the job.

For now, though, part of my job is to separate author Richard Castle from Officer John Nolan, a task I’m having a difficult time achieving. I found myself watching and waiting for Kate Beckett to show up and save him from making goofy mistakes. Of course, Beckett made enough goofy mistakes to last every TV cop an entire lifetime, including losing her gun and allowing herself to be taken hostage, over and over again. I certainly hope this show doesn’t start up that unrealistic nonsense. We’ll see.

All in all, I really enjoyed the show. Please remember, I wholeheartedly understand this is fictional television. I get it, and yes, I realize it’s “just a TV show,.” But, as always, I’m here to help writers, and others, learn right from wrong about police techniques, equipment, and tactics. Writers want to know what’s real and what’s not so they don’t make the same mistakes in their work. They requested that I do these critiques of the police procedure. The folks who can’t seem to understand this are the folks “who don’t get it,” not me. 🙂

No Sweat: Solving Crimes and a Sweaty James Brown
Scroll to top