Hugh Killdme and The Poisoned Peas

Hugh Killdme let the spoonful of peas and carrots rest on his tongue. He closed his eyes, savoring the combined taste of his two favorite vegetables. In his mind, he pictured the green and orange delicacies as they danced and rolled in boiling hot water. He saw tendrils of wispy pea-carrot flavored steam shimmying and twisting up from the blue porcelain Rachael Ray pot to the gleaming stainless steel hood above the range.

Hugh shifted his thoughts to the basement freezer. He’d purchased the Acme Super-Duper Chill-Zero model from a close friend, an expert on refrigerators and freezers, who owns a local appliance store (Wile E. Coyote isn’t the only character in the world who knows where to shop for a good deal). 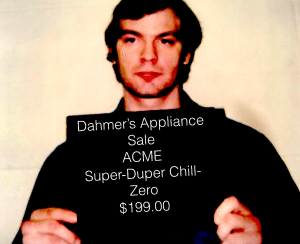 The day after Acme’s number one best-selling frost-making machine arrived, he’d packed it to the brim with bags of frozen peas and carrots. Bought every single package within a twenty-mile radius.

Hugh always got all warm and squishy inside when he heard his wife, Earline, say those three little words he so adored—“Dinner is served.” And say them she had, and best of all she’d said them on Peas and Carrots night at the Killdme household.

The second she’d uttered those delicious-sounding words, Hugh rushed to the dining room where he slid his Hush-Puppy-clad feet beneath the table and picked up the silver spoon beside the molten-hot bowl of green and orange ecstasy. As he began to shovel those scrumptious orbs and blocks into his gaping piehole, he couldn’t stop himself. He was just so darn happy that, well, he couldn’t stop his lips from splitting into a very wide but lopsided grin. So wide, in fact, that several tiny, sweet peas almost tumbled out.

He was graveyard dead thirty seconds after swallowing the first spoonful.

The instant Hugh’s face crashed into his dinner plate, sending airborne little green pellets and perfectly cut squares of orange, his wife of thirty years scurried toward the basement to unplug the freezer, muttering along the way about never again cooking another pea or carrot as long as she was able to draw a breath. For that she was thankful. She was also thankful that the poison had worked so quickly. Not because her husband hadn’t suffered long, though.

Instead, she had plans to play Bingo at the Presbyterian church over on Save-a-Soul Drive, and to have her portly husband flopping around on the kitchen floor for hours would have absolutely ruined her evening. Probably would’ve ruined the shine on her brand new linoleum too.

Her mother always said things have a way of working out. She, too, went quickly … bless her heart. It was her affection for green beans that brought about her early demise. But, Earlene was, after all, in need of a new car and mother’s life insurance was just enough to take care of it and the new Acme Fill ‘Er to the Brim Baby above ground pool in the backyard. Earline opted for the model 200xz, the really big one. Sure, it was more expensive, but … 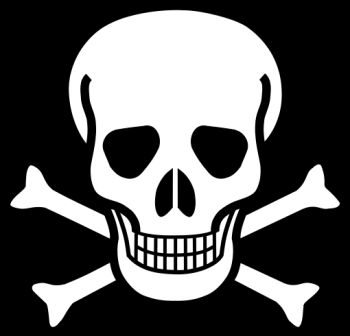 I get them all the time, and the number one question that most often pops up is, “What’s the best poison a fictional wife could use (on her fictional husband) that would act quickly and be difficult for police to detect?” So lets dissect this one by visiting a very real high-profile case.

First of all, police officers probably won’t be the folks who detect the poison. That’s the job of the medical examiner and/or laboratory scientists. Next, to detect a specific poison the medical examiner would have to request specific testing for the substance/toxin/chemical/etc. A tox screen is not a one-stop-shop and does not detect most poisons. This is where the police can be a big help to the M.E., lab technicians, and scientists. For example, a savvy detective may notice a bottle labeled “Husband Killer” on the kitchen table next to the head of the deceased. If so, he/she would collect the bottle as evidence and report his/her discovery to the M.E., who would then order testing for the potentially deadly concoction. 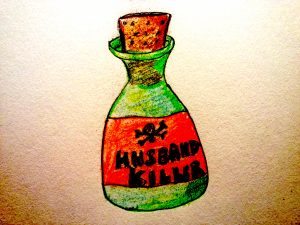 Another huge clue that sharp detectives should pounce on would be the fact that the widow works as a scientist for a bio-pharmaceutical company. And that’s sort of what happened in the case of Tianle Li, the Chinese woman who was convicted of murdering her husband, Xiaoye Wang. Her weapon of choice—thallium.

Thallium, a metal that’s used in electronic switches and some medical devices, was once used as a major component in insecticides and rat poisons. It’s basically odorless and tasteless. And it is well known as the “poisoner’s poison” because it is so difficult to detect in the human body. Thallium use as a pesticide was banned in the U.S. in the early 70’s.

Biotech and pharmaceutical companies are permitted to conduct research using dangerous chemicals, toxins, poisons, extracts, etc. That’s how Tianli Li obtained the thallium she used to murder her husband. As a chemist for Bristol-Myers Squibb, Li ordered thallium to research its effect on humans.

After receiving doses of thallium (how Li introduced the thallium into her husband’s body is not clear) Wang became ill with flu-like symptoms and checked himself into a local hospital, where he lapsed into a coma and died two weeks later.

Had it not been for a quick thinking nurse who’d read about a thallium poisoning case in China, Li would have gotten away with murder … the “perfect murder,” using the “poisoner’s poison” as her instrument of death. The nurse alerted officials who then conducted tests and indeed found thallium in Wang’s body.

So there you have it, my writer friends—two very important bits of information for possible use in your work (writing, that is). One – thallium is the poisoner’s poison because it is difficult to detect. Two – people who work in biotech and pharmaceutical research are able to purchase just about anything in the name of “science.”

By the way, it takes a while for most poisons to get the job done. Having your character go as quickly as Hugh Killdme is, well, fictional. 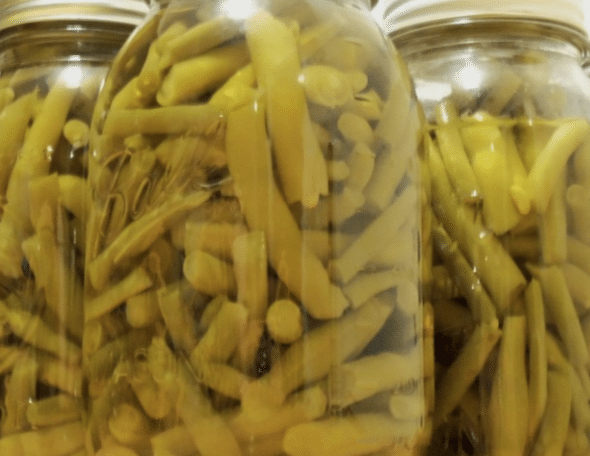 Now for a true story about botulism, the cause of poor Hugh’s death. But this case, the true story, wasn’t murder, just an unfortunate accident that involved a woman, some green beans, and a home canning jar.

Canning jars have lids designed to exhibit a slight indentation in their centers when food is fresh. If the indentation inverts (pops up), the vegetables may be contaminated, and should be discarded.

A woman was preparing dinner for her family and decided to serve some of her home-canned green beans that evening. She picked up a jar of beans, but thought the pop-up didn’t look quite right. So, to satisfy her curiosity, she opened the jar, touched her finger to the bean juice, and tasted it. It tasted fine to her, so she cooked the beans and served the steaming hot dish to her family. The next day, the woman died, but her family survived. The beans contained botulism toxin, produced by the bacteria, Clostridium botulinum.

Botulism toxin is one of the most powerful neurotoxins known to man. About 10 ounces could kill everyone on Earth. It works by paralyzing its victim.

Oh, why didn’t the other members of the woman’s family die? The toxin is inactivated by heat.