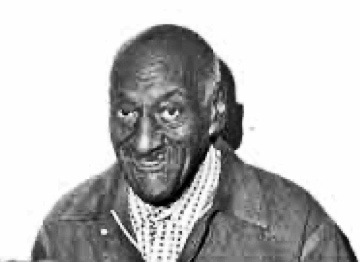 Depending upon which source is believed to be correct—Social Security or the census—Johnson Vandyke “Van” Grigsby was born in either February of 1888 or February of 1886, respectively. Grigsby, the son of freed slaves, however, said March of 1885 was the month and year of his birth.

In 1900, Grigsby and his family moved from their home in Shelby County, Kentucky to Kokomo, Indiana, the county seat of Howard County. Seven years later, Grigsby, an African-American, killed a white man named James Brown. The pair had been playing a game of five card stud poker in a saloon in Anderson, IL. when the two men engaged in a fight.

During the altercation, the men, as men often do, cursed at one another. Then racial slurs were uttered. As the fracas became intensely heated, Brown pulled a knife on Van. So Van left the bar to retrieve a knife of his own. When Van returned Brown picked up a chair and threw it at him. In response, Van lunged at Brown, with his knife, and subsequently stabbed Brown to death.

Grigsby, as the story goes, plead guilty to second degree murder in order to escape the electric chair.

Convicted of second degree murder in 1908, Grigsby began a new and extremely long chapter in life when he was delivered in a horse-drawn cart to the Indiana State Penitentiary in Michigan City. The trip lasted several days.

When he arrived at the prison on August 8, 1908, the same year the four-cylinder, twenty-horsepower Model T was first offered and sold for $825, Grigsby left behind his life as a free man and became “prisoner #4045.”

Upon his release in December 1974, inmate Grigsby had served 66 long years in the penitentiary, with 50 or so of those years spent in a ward for the insane. A doctor, though, finally examined him and declared that he was “not crazy.”

In spite of being a model prisoner who passed the time by reading (and re-reading) the Bible, a dictionary, and a complete set of encyclopedias from A_Z, he’d applied for parole 33 times before finally being released.

As a free man once again, Grigsby had to adjust to life on “the outside” as someone who’d been secluded from the world for nearly seven decades. While Grigsby’s former daily life had consisted of staring at concrete and steel and barbed wire, life beyond the prison walls passed him by, and when he finally stepped outside the front gate an entirely new world was there to greet him. The stark differences were surely like the moment in the Wizard of Oz film when things instantly transformed from black and white to vivid color. There were no subtle changes. 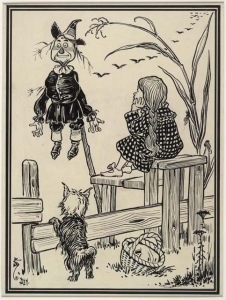 *The Wizard of Oz premiered on the big screen in 1939, eventually making its way to television in 1956. Grigsby was behind bars for both. Judy Garland, who played Dorothy in the film, was born in 1922 and died in 1969. Her entire life and career took place during Grigsby’s period of incarceration.

In fact, during Grigsby’s time inside, he’d missed such “firsts” as …

Grigsby’s entire life passed by in dreary stagnation while the world continued to rapidly spin and twirl and advance in gigantic leaps and bounds. Is it any wonder that when his feet did finally hit the pavement outside he’d stepped into a world that was unrecognizable to him. By the way, the first ready-mix load of concrete was delivered in Baltimore, Md. in 1913. The Hoover Dam, made of concrete, was constructed in 1936.

It must’ve been like finding oneself on a distant planet … a new world filled with magic and awe. He most likely saw a traffic light for the first time in his life. Music and art and speech, and cars, and trains, and stores and, well, everything—all brand new and shiny and spinning and flashing and whirling and whirring.

He was a 90 year old man who was launched directly from 1908 nearly 70 years into the future, a world where he was instantly expected to adapt. But, as should have been expected, Grigsby found himself unable to cope with such drastic change and voluntarily returned to prison, where he remained for 17 additional months before he was again released. This time, though, at the age of 91, he was out for good. He ended up in the Marion County Health Care Center, though, where he found much comfort at being told when to get up, when to eat, when to bathe, and when to go to bed. This being the only way he knew to live and to survive.

Grigsby’s situation is all too familiar to many men and women who serve long periods of time behind bars. Time, people, and life pass swiftly by, leaving long-serving ex-prisoners confused and lonely and, upon their release, they find it difficult to obtain employment in a world that’s unlike the one they knew prior to incarceration.

The stigma of being a convicted felon is already a huge hurdle to overcome when job searching, but add to it the lack of modern day skills and sudden forced adjustment to the unknowns makes the effort almost insurmountable without a hand up from friends and family. Unfortunately, it’s commonplace that friends and family have long since turned their backs on the folks serving extensive prison terms. That, and decent housing and educational opportunities are often unattainable for felons.

Therefore, the exasperated former inmates often see no way to survive without returning to what they know … criminal activity.

For these people to survive as productive citizens, somewhere, somehow, sometime, someone has to offer a true second chance. They need the opportunity to hold their heads high and not hang them down in shame for the balance of their time on earth. A means to earn back their rights and to remove the “scarlet letters” from their chests.

Of course, we all realize that some of these folks will never change and prison is, without a doubt, the best place for them. But others do regret the bad choices they’ve made, and they do indeed want and welcome change.

But to forever brand former prisoners, and to not provide a support system that keeps them current with the times and technology is, well, it’s not good for them nor is it good for society. 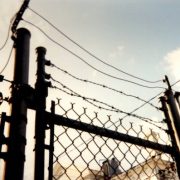 Recidivism: Where And How Does It End and How #prisonreform and Second Chances Could Help 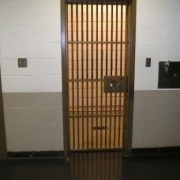