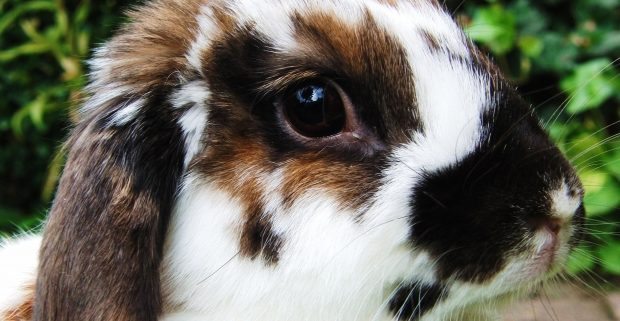 My name is Officer I.C. Nothing. The year is 2025 and I work patrol in Scaredtown, Ca. I was sworn in back in the fall of 2020 and attended the police academy soon thereafter. Part of our academy studies included a brief history of policing, and let me tell you the things we learned were eye-opening to say the least. The biggest shocker was that officers actually carried real guns back in earlier times. They were also required to exercise, learn defensive tactics and handcuffing techniques, and how to drive during something called a pursuit. I ask you, how cavemanish was that?

Our academy training is much different. We spend the majority of our time learning about things that offend people and how to avoid doing those things. After all, they pay our salaries, play golf with our bosses, and they definitely know their rights and the laws far better than we do. I understand that’s been the case for a long, long time.

We trained to avoid high crime areas and placing ourselves in situations where criminals are typically located. Sensitivity training and safe space development are also part of our studies. We learned effective and delicate letter writing (more on this below) and how to use our happy voices when answering the phone. Here a list of other required academy courses.

Today, the only people who carry firearms are criminals. In fact, we abandoned all weapons and uses of force many years ago. Actually, I can’t remember the last time any of us put our hands on anyone for any reason. The Supreme Court put a stop to that nonsense, ruling it unconstitutional for law enforcement officers to touch or intimidate private citizens (we’re called law suggestion officers now, by the way). That ruling stemmed from a case involving a group of college students who filed a lawsuit against a department in California after a campus police officer approached and attempted to shake the hand of the president of the Association of Student Safe Spaces. The highly controversial incident took place following a meeting where it was decided that students would no longer be required to attend classes, study, or gain knowledge of any type to receive diplomas. It was deemed that learning new things and information about the present and past are highly offensive.

According to witnesses, the student president recoiled in horror after seeing the officer’s outstretched hand. His attorneys, Stickem, Gougem, and Sue’em, convinced the court that their client, Mr. I. Wanna Trophy, Jr., was the victim of an atrocious and violent act and that the officer’s inappropriate attempt to use his right hand to contact the hand of Mr. Trophy caused immediate and lifelong mental anguish to each of the students present at the meeting. In short, they each honestly believed they were going to die right then and there.

Well, this was the snowball that started the avalanche of similar lawsuits all across the country. As a result of Trophy v. Everybody Passes University (EPU) of California, law enforcement officers were immediately stripped of all weapons, patches, guns, pepper sprays, handcuffs, and any other objects that could be seen as offensive or harmful to the feelings of citizens. Aggressive police K-9’s were taken out of service and were replaced by adorable puppies and kittens. Some agencies opted for fuzzy bunnies and Silkie guinea pigs.

Patrol cars were replaced with passenger vans to allow members of police review boards to ride along at all times. It’s mandatory that members of those boards be from the groups #ihatecops, #policearescum, and #Fthepo-po.

Our main function is to stand outside of meeting places (we’re not allowed to go inside) and say, “There, there. It’ll be okay,” when people file out after listening to speakers talk about the latest things that should deeply offend them. I saw a brochure at my last assignment that listed a few of the recent things that offend.

In addition to “There, There” duty we are sometimes required to interact with dangerous criminals. However, the law states that we must conduct all business of this nature by email, and the first step is to send a nice, friendly message such as this one I sent to a man who used a can of peas to bludgeon his wife and three neighbors.

The Scaredtown Police Department humbly and respectfully sends this message to advise you that we recently learned of the beating death of your loving wife of 25 years, and your good friends the Cuposugar family. We sincerely hope this letter does not offend you, but we are required by law to ask that you not kill anyone in the future. You’ve exceeded your limit with this one incident; therefore, should a second murder occur we will have no choice but to send you another letter, which may be slightly more strongly-worded, depending upon the circumstances. In the meantime, please watch for a package from us that should arrive within the next five business days. It’s a new puppy. We hope you enjoy your new buddy. His name is Didntdoit. Like you, he’s a good boy.

Your friend, Officer I. C. Nothing

So, that about sums up policing in the year 2025. Please stay safe, and I apologize if this article offended you. I’m also sorry if my apology was offensive.

Have a good day, if you want to. If not, we could send you an official puppy, kitten, bunny, or guinea pig. By the way, they’re trained to be neutral so as to not hurt your feelings.

Finally, here’s a song we adopted as our official training academy theme song. I think these guys were on to something…