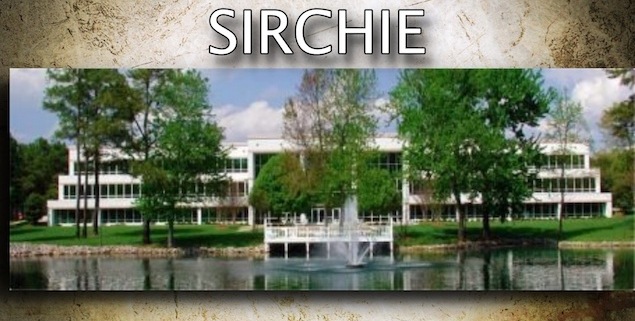 It was nearly seven years ago to the day when I first made the three-hour drive from our North Carolina home to the 130 acre Sirchie Fingerprint Laboratories compound, and I could barely contain my excitement. After all, the folks at Sirchie are probably the best in the world at what they do and the mere thought of the many superstars of crime-fighting from around the world who’ve been trained at Sirchie is almost overwhelming. Not to mention the hundreds of thousands of crimes that have been solved using Sirchie products—products that are made right there on the compound.

After traveling for what seemed like an eternity, while answering emails and phone calls regarding the Writers’ Police Academy, the sprawling Sirchie property appeared on my right. The first thing that caught my attention was the golf-course-like green grass that stretched as far as the eye could see. And it was surrounded by what appeared to be an endless, gleaming, white 3-rail fence. A large gate, complete with a coded-entry system, was the only break in the fence. Very impressive. 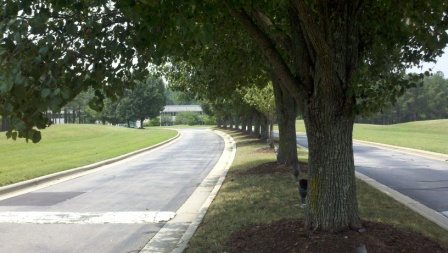 I made the right turn off the winding country road I’d been traveling since I left the bustle of interstate traffic and headed through the opening in the metal gates. Two or three huge, white buildings sat at the end of the drive. And there was a beautifully-landscaped pond in front (I later learned the pond was even stocked with fish). There were no signs or identifying markers—nothing—to let anyone know that this was indeed one of, if not THE premier crime-fighting operations in the world. But, I soon saw a personalized license plate on a vehicle that let me know I was in the right place. The lettering had something to do with crime scene investigation. Bingo.

Anyway, the purpose of my trip was to meet with the folks who run the massive Sirchie operation to discuss their involvement with the Writers’ Police Academy. I can’t begin to tell you how lucky the attendees of the WPA are to have the opportunity to learn from Sirchie instructors. They’re the best-of-the-best and they teach the best-of-the-best. Needless to say, this is a rare opportunity and I’m so pleased to be a part of it.

After our meeting, I was given a tour of the place. And here’s a little of what I saw. 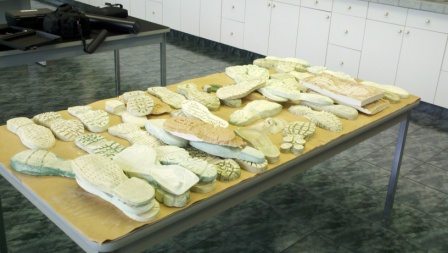 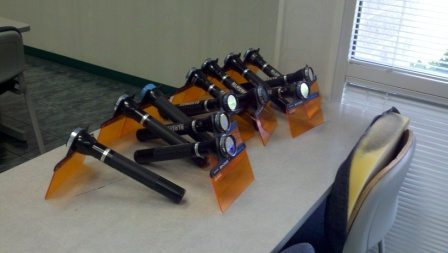 All sorts of goodies filled tabletops, such as these flashlights equipped with special lenses used for seeing what the naked eye can’t. 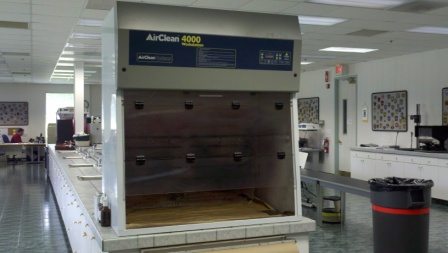 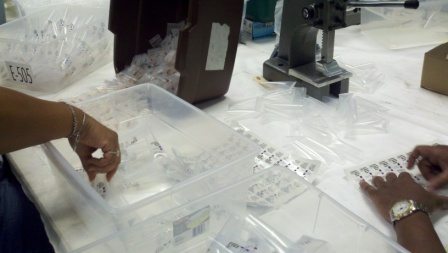 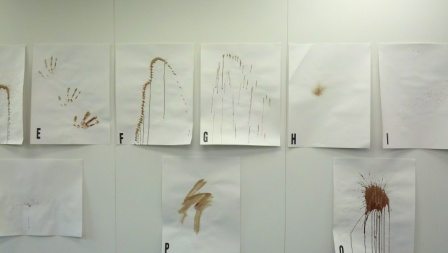 Extensive instruction on bloodstain patterns is offered at Sirchie. WPA recruits will have the opportunity to attend one of these fascinating workshops, by the way. 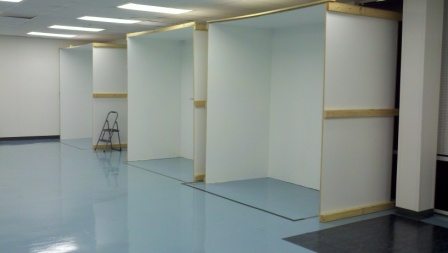 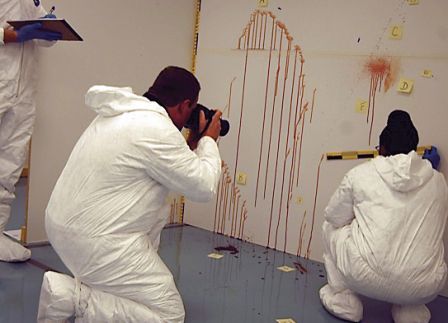 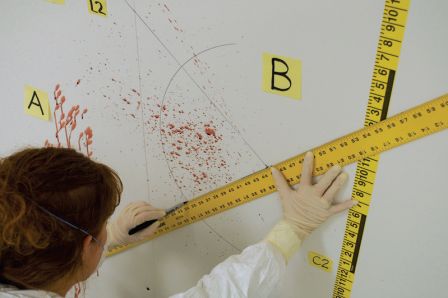 Road-mapping to determine Area Of Origin. 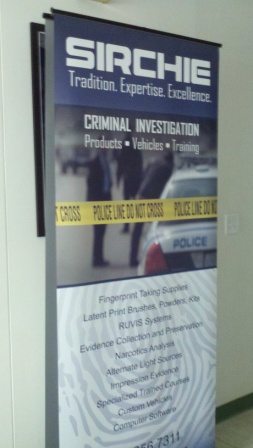 So, how would you like to attend some of the extremely elite and specialized law enforcement-only classes at Sirchie? Well, you know me. I’ve got something up my sleeve that just might get you inside this very private world. Interested? Stay tuned … 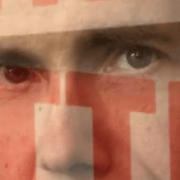 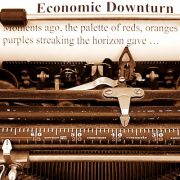 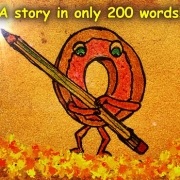 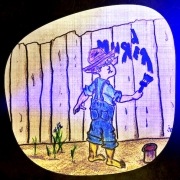 When Luminol Isn’t Quite Enough, Amplify It! Here’s How It’s Done … 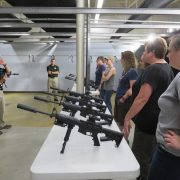