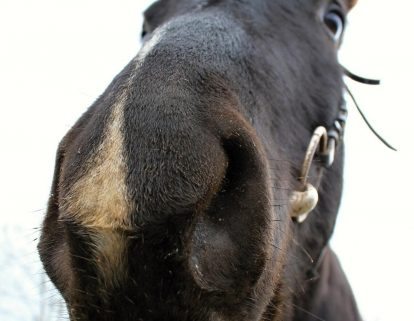 1. Face-search technology is extremely accurate and it’s in use on a large scale. Each day, surveillance cameras across the country capture the images of millions of faces, and Michigan State University says it has the best matching system available. In fact, their system is so accurate that it was able to locate the image of Dzokhar Tsarnaev, the younger Boston Marathon bomber, from 1 among 5 million photos. MSU has recently licensed their recognition system to NEC Corp. of America, one of the largest providers of biometric technology to law enforcement and commercial companies.

2. Researchers at the Air Force Institute of Technology have developed skin identification technology for use in search and rescue operations that recognizes human skin as opposed to objects with similar coloring. To characterize human skin, the system uses the spectral absorption characteristics of melanin, hemoglobin, and water. The current method costs users $700,000 per system, a price not affordable to typical search and rescue units. The new Air Force platform costs approximately $100,000, which is still quite expensive, but doable in many cases.

3. During the period of September 2014 to September 2015, UK law enforcement officials arrested a record number of 315 terrorism suspects. To add to the alarming growth of terrorism-related activities was the increase in women and teens involved/arrested—50 women and 15 teens under the age of 18. The majority of the women arrested were linked to international terrorism activity.

4. Scientists have developed a way to use protein signatures of organ matter (mass-Spectrometry-Based Proteomics) to determine which body organ a specific projectile/bullet passed through. In other words, it is now possible to know which bullet did what damage to a human body, including which round(s) caused the death of a murder victim, or a precise wound(s) in an attempted murder. The method also makes it possible to accurately recreate the crime for the purposes of courtroom evidence presentation.

5. Researchers have found a way to make bullet-resistent vests even stronger—spinning high-performance polyethylene fibers from natural fats, such as oils from olives and peanuts. The new material has other uses as well, such as increasing the strength of ropes, sails, and even surgical sutures. Material made from the spun al-dente fibers was even used to lift a sunken ferry from the sea floor. One current drawback to the new material is that one of the fibers is highly flammable.

Finally, and totally unrelated, but a notable point to ponder…

6. For a long, long time, low-level nuclear waste has been “safely” stored underground in New Mexico, inside containers packed in impermeable beds of rock salt. Well, it seems those non-passable beds of salt are not so foolproof after all. They leak. What does this mean for humans? Who knows, but the government is currently thinking about doing something about it. Yeah, there’s a memo…somewhere.

In the meantime, I suppose we could resort to Dick Cheney’s advice of stockpiling duct tape and plastic sheeting in the event we need to cover our window and doors as a means of protecting ourselves against radiation. But, wasn’t there a rumor floating around about Cheney owning a huge amount of stock in companies that manufacture duct tape and plastic sheeting? Hmm… Perhaps, because of advice like the former vice president’s coming out nearly every time there’s a “crisis,” we should invest in aluminum foil. You know, because the making and wearing of lots and lots of tinfoil hats always seems to follow.