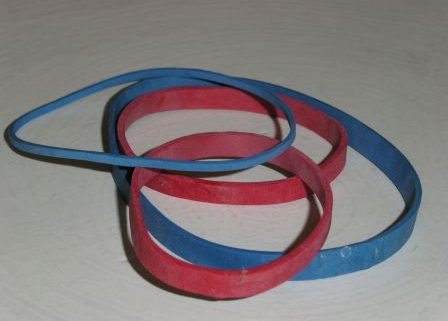 Make no mistake about it, to serve time in state prison is no picnic. Inmates are confined in small spaces with some of the most dangerous people in the country—gang-bangers, murderers, robbers, etc. Prisoners often suffer violent assaults and brutal rapes. They’re sometimes beaten, cut, stabbed, and killed by other prisoners, and sometimes corrections officers and other staff members step over the line to deliver physical and mental abuse. So yes, prisoners have a tendency to become hardened…to the very core of their being.

We’ve all heard tales of prisoners fabricating weapons from almost anything they can get their hands, such as knives made from ink pens and swords or spears made from rolled and stiffened newspaper. But there’s one extremely deadly weapon you never hear about, and it, this life-threatening and brutal device, is the center of a California lawsuit. Warning, this gets ugly… (note the intense level of sarcasm).

A prison inmate who’s serving time at the state prison in Vacaville, California has filed a lawsuit in state court claiming he was the victim of a rubber band assault on Nov. 9, 2012. The prisoner, Michael Aaron Witkin, states in his affidavit that a prison librarian launched at least 10 rubber bands at him while he was inside the library. His claim went on to state that she (the librarian) even giggled almost uncontrollably during her “vicious” rubber band attack. Finally, Witkin said the rubber bands were large and could leave a painful sting. Poor baby…

*A quick search discovered a Michael Aaron Witkin who’s serving time at the Solano State Prison in Vacaville. This Michael Witkins was previously arrested for attempted murder (shooting a woman several times), pistol whipping another individual, resisting arrest, possession of a firearm by a convicted felon, robbery, and illegal possession of hydrocodone and marijuana.

Since the aforementioned Michael Witkins is the only Michael Witkins listed as serving time in the Vacaville prison, well, it might be okay to assume this is the same Michael Witkin who filed the previously mentioned lawsuit. If so, I’m quite certain his victims would have preferred that he’d used rubber bands instead of an actual gun during his assault on them.