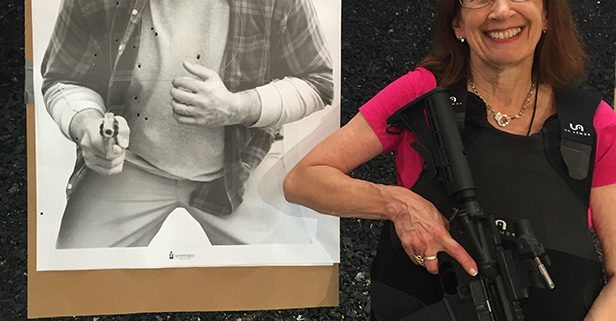 The 2016 Writers’ Police Academy was the fifth one I’ve attended. I’m not sure I’ve been to any other conference that many times, but WPA always offers something new and different. And just when you think you’ve seen enough to get you through the next five books, Lee goes and changes the venue so there are new things to explore.

Why WPA? As authors, we want to (or at least should want to) provide as much accurate information as possible, and having a conference at a training facility for first responders with access to their instructors—well, it doesn’t get much more real than that.

Will you have a fire scenario in your book. You need WPA. Cops? WPA is a given. EMS? Ditto. Private Investigators? Courtrooms? They have those, too. Want to breach a building? Fire a patrol rifle? Try ‘shoot-don’t/shoot’? Watch a K-9 in action? Yep. WPA has it all.

This year began with a parking lot display of all the nifty cop vehicles. Attendees were climbing in and out like kids at a hands-on museum exhibit. And, as always, there were plenty of personnel around (including one of the furry four-legged variety) to answer questions. 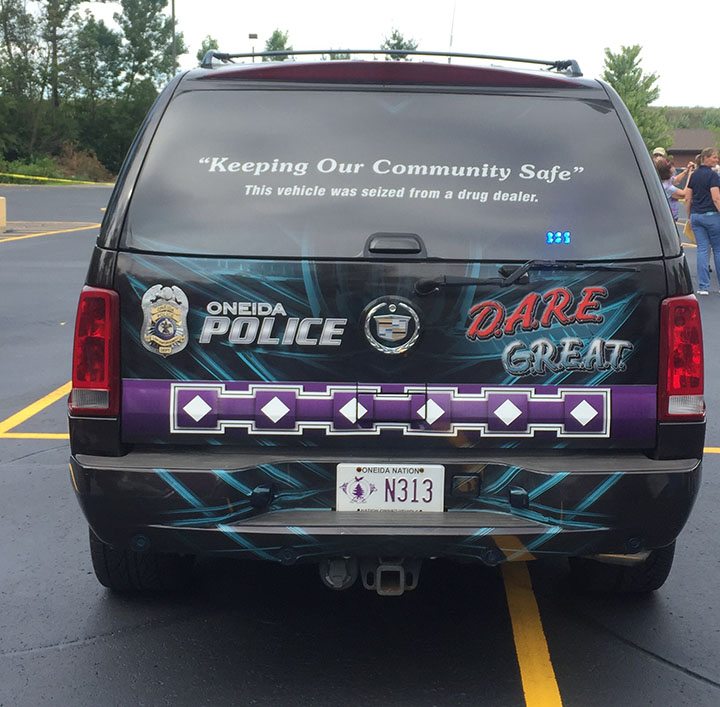 After that was the annual “orientation” where Lee provides valuable information about how everything will work. There’s always a critical tidbit that rises to the forefront. In 2015, the most-repeated question was “What time does the pool close?” This year, it was “How long are the bus rides?”

WPA always begins the first full day with a group welcome. This year (after a bus ride of appropriate length), we were welcomed onto the campus with a fully staged traffic accident. We observed a field sobriety test, Jaws of Life extracting victims from the crashed vehicles, and they even brought in a fricking helicopter. 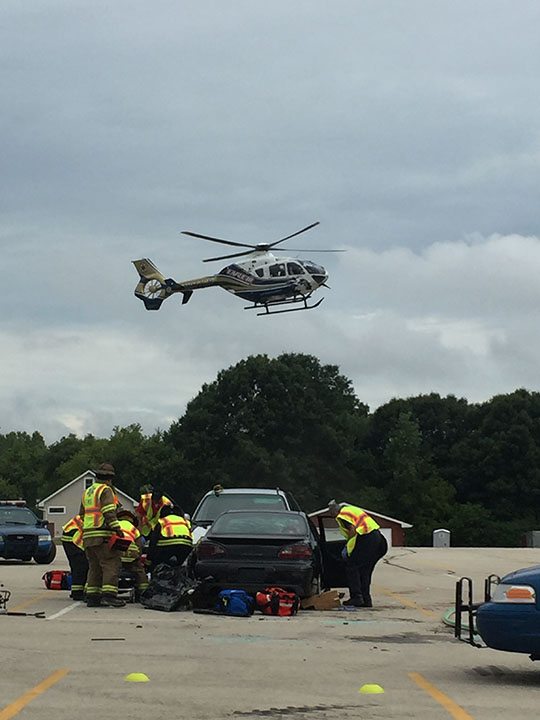 But the real value, in addition to watching how these scenarios are handled, comes from the willingness of staff to go through every detail afterward, explaining not only what they did, but why they did it. And, even more valuable is the willingness of the instructors to share their contact information so you can hound them ask them followup questions when you get home and find yourself dealing with a scene you want to get right.

After the opening demonstration, the rest of the day is filled with small classroom and hands-on workshops. There’s no way you can hit all of them (did I mention this was my 5th WPA?). Smartest move is to find a friend (and everyone will become your friend) who’s going to something you can’t get to and then share notes.

Rather than go into the entire curriculum in this post, you can look at the WPA website and find the schedule of all the different classes they offered.

My choices included firehouse life, poisoning people, the psychological consequence of being a cop, defensive arrest tactics, how cops talk, and traffic stops with a K-9 (I did that one twice—once with a drug/patrol dog, and once with a bomb/patrol dog). Oh, yes, I took a class on live-firing an AR15 patrol rifle. My takeaways from that one—I’m a granny with little or no upper body strength, and yoga classes, no matter how many downward facing dogs or sun salutations you do, you’re not using the same muscles. But there’s no substitute for learning by doing. The sounds, the smells (and it’s gunpowder, NOT cordite!) And, thanks to the instructors, we learned the safe way to do everything.

Saturday begins with a trek to a large lecture hall. Repeat attendees suspect this will be more than a talk about terrorist attacks. Many first-timers have their suspicions as well, I imagine. Sure enough a few minutes in the presentation, shouts of “Help! I’ve been stabbed!” resound from behind the door at the base of the classroom. The instructor pauses, but continues with his lecture until the call comes again. He opens the door, admitting a “wounded” victim. First aid procedures begin immediately, and soon the instructor has volunteers from the audience. 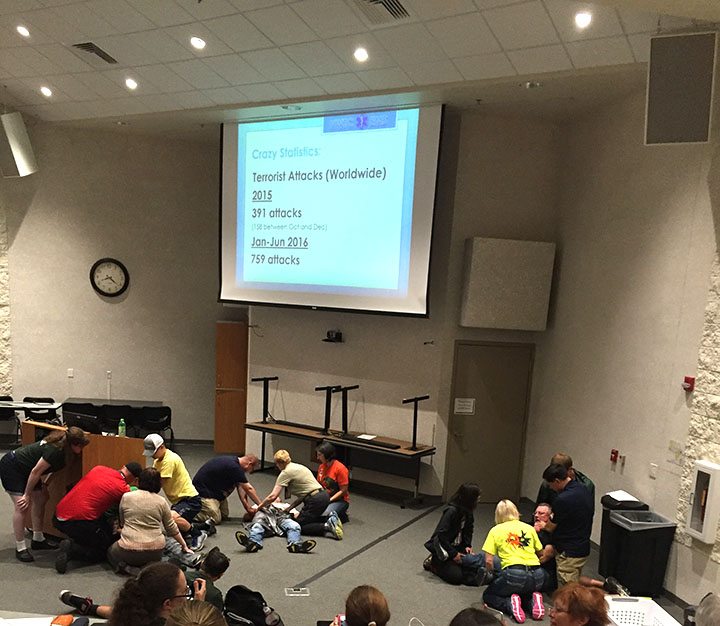 Then more attack victims arrive, and we’re now in a full-blown lockdown scenario, with police working to secure the campus and the paramedics arriving to aid the victims, and the room swarms with police (well-played by rookies at the college).

Everyone in the audience is told to place their hands on their heads, fingers entwined, and they’re not kidding. So much for taking notes.

They begin questioning members of the audience, moving them down the stairs after they’ve been cleared. Luckily, no one challenged the officer with the booming voice when he said, “For the last time, put your hands on your head!” to someone who didn’t take the scenario seriously enough. Later, during the debriefing, when someone asked what would have happened to that individual, we were told he would have been handcuffed and placed where the officers could make sure he was behaving.

One of the best takeaways from WPA is the jargon. You’ll hear “package them up,” “put the white stuff on the red stuff,” “dirty walls and clean walls,” “gunners and grabbers”—all things begging to be added to dialogue in your next book.

Add to all this talks by Lee Goldberg and Tami Hoag, and you have a weekend with enough writing fodder—the right writing fodder—to ensure you don’t have people experienced in these fields throwing your books across the room.

That’s WPA in a nutshell—a very small nutshell. Hope to see you there next year! 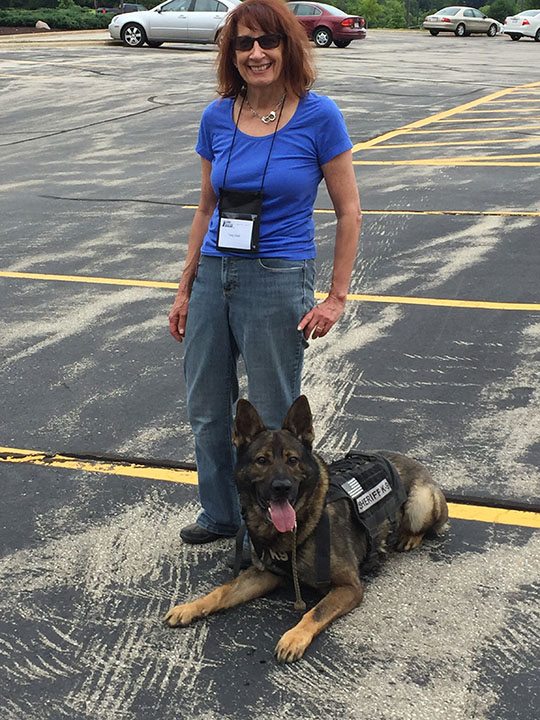 Terry Odell always wanted to “fix” stories she read so the characters did what she wanted. Once she began writing, she found this wasn’t always possible, as the mystery she intended to write became a romance—a real surprise, since she’d never read a romance. Terry writes mystery and romantic suspense, but calls them all “Mysteries With Relationships.” Her 20 pulbished works include the Blackthorne, Inc. covert ops series, the Pine Hills Police series, the Triple-D Ranch series, and the Mapleton Mystery series. Her awards include the Silver Falchion and HOLT Medallion, among others.

Click the cover below to read more about Terry’s latest book. 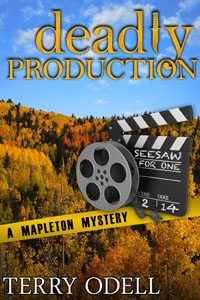 Stacy Green: Writers Need the WPA Because Readers Are Smart
Scroll to top