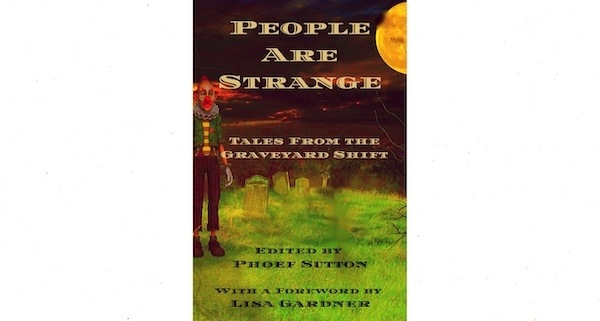 The Writers’ Police Academy is pleased to announce the coming release of our second anthology in the “Tales From the Graveyard Shift” series. Contributing authors are already hard at work writing individual mysterious and thrilling tales of suspense.

In 2019, as part of the WPA’s annual fundraising campaign to help support the exciting, valuable, and mega-expensive hands-on training event (MurderCon), we hosted a fun writing contest. The premise was simple—write and submit a 2,500 to 5000 word short story based on the anthology title, After Midnight: Tales From the Graveyard Shift. The top two lucky winners had their short stories included in a traditionally published book that includes tales written by top authors such as Heather Graham, Allison Brennan, Phoef Sutton, Katherine Ramsland, and Robin Burcell, to name only a few. To sweeten the pot, #1 internationally bestselling author Lee Child wrote the book’s foreword.

This year we plan to publish the top THREE stories. Contest rules remain the same—write a 2,500 to 5000 word short story using the 2020 anthology title, People Are Strange: Tales From the Graveyard Shift, as the theme of the tale.

Yes, your story could soon appear alongside those of the popular authors listed below, and with a foreword by #1 international bestselling author Lisa Gardner. How’s that for exciting!

Contest begins later this month with a deadline to submit stories of midnight EST on April 15, 2020. Therefore, if you plan to enter consider this post as a heads-up to begin writing your stories. Contest details and full submission guidelines will appear on the all new Writers’ Police Academy/MurderCon website that’s scheduled to go live in a few days.

Book Description – “People Are Strange: Tales From the Graveyard Shift”

In the eerie glow of storefront neon lights and winking, blinking traffic signals, top bestselling thriller author Lisa Gardner emerges from the shadows onto a desolate, rain-soaked and uneven cobblestone street. It is from there, between the hours of midnight and dawn—the graveyard shift, that she introduces this collection of gripping tales of thrills, chills, and mystery.

*Lisa Gardner’s internationally acclaimed novels, published across 30 countries, have won awards from across the globe. She’s also had four books become TV movies and has made personal appearances on TruTV and CNN.

Phoef Sutton is a New York Times Bestselling author. The winner of two Emmy Awards for his work on the classic television comedy CHEERS and a Peabody Award for the legal drama BOSTON LEGAL, he also wrote for the cult FX show TERRIERS. As a screenwriter, his credits include MRS. WINTERBOURNE and THE FAN, starring Robert DeNiro. He has written several movies for television, including DARROW & DARROW, PAST MALICE, and DARROW & DARROW II.

Phoef has also written plays and novels, among them FIFTEEN MINUTES TO LIVE and his “Crush” mysteries, CRUSH and HEART ATTACK AND VINE – both of which received starred reviews from Kirkus. With Janet Evanovich he has co-authored WICKED CHARMS and CURIOUS MINDS.

His most recent books are COLORADO BOULEVARD (another Crush mystery) and FROM AWAY. Together with his good friend Mark Jordan Legan he created the cult comedy THANKS and they are writing a number of new pilots and movies.

He lives in South Pasadena, California and Vinalhaven, Maine with his wife and two daughters. He also does a podcast with Mark Jordan Legan about weird and unusual cinema: FILM FREAKS FOREVER. His website is phoefsutton.com and you can reach him on Facebook and Twitter and Instagram.

Your story will appear along with those written by:

This could be your one chance in a lifetime to have your writing appear in a traditionally published book with Lisa Gardner’s name on its cover. Let that sink in for a minute … and then get busy writing your winning story!