Tag Archive for: The Base 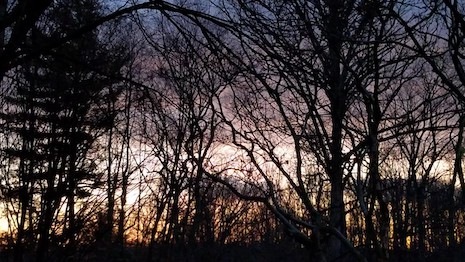 On January 14, 2020, three members of an extremist group called “The Base” were arrested and charged with firearms offenses. One of three men charged was Brian Mark Lemley, Jr. of Elkton, Maryland.

Lemley, in addition to the firearms offenses, was charged with transporting a machine gun and disposing of a firearm and ammunition to an alien unlawfully present in the United States.

Keep in mind that a machine gun is a weapon that is fully automatic and illegal to possess without a special, difficult to obtain, permit, and not the over the counter semi-automatics such as AK-47s and AR-14s owned by private citizens and law enforcement.

Also charged was William Garfield Bilbrough IV, a 19-year-old pizza delivery driver who lives with his grandmother in Denton, Md.

Because Mathews is an illegal immigrant, Bilbrough and Lemley were charged with transporting and harboring aliens and conspiring to do so.

The trio were also charged with allegedly attempting to manufacture a controlled substance, DMT.

The Base operates and posts to encrypted chat rooms such as the Telegram platform, where they discuss, plan, and strategize recruitment, and committing violence against minorities, such as African- and Jewish-Americans, all while hoping to create a totally white ethno-state.

Also, within these chatrooms, members make plans to organize military-style training camps as well as providing how-to instruction for the making of improvised explosive devices (IEDs). Since the arrests of Lemley, Bilbrough, and Mathews, a message appeared on the Telegram account warning people to stop posting.

Lemley once served in the U.S. Army as a Cavalry Scout, and as recently as August 2019, Mathews, who is in the U.S. illegally after crossing into the United States on August 19th, served as a combat engineer in the Canadian Army Reserve.

Lemley and Bilbrough drove from Maryland to Michigan, near the Manitoba/Minnesota where Mathews crossed into the U.S. after leaving his truck parked near the border between the two countries. Then the three made the trek back to Maryland. Lemley and Mathews rented an apartment in the Oak Tree Apartment complex in nearby Newark De.

The complex is located within a stone’s throw of the Maryland state line. In the opposite direction the apartment is mere minutes away from our driveway, as the crow flies. And it was there where undercover agent infiltrated the group and installed a closed-circuit television camera and microphone to surveille the three men’s activities and conversations. What they heard and saw was remarkable. The three men planned to “Derail some trains, kill some people, and poison some water supplies.”

The recording equipment captured the men’s conversations. For example, Mathews speaking of the upcoming pro-gun rally in Richmond, Virginia as a perfect opportunity. It was a “boundless” prospect where, “All you gotta do is start making things go wrong and if Virginia can spiral out to f***ing full blown civil war.”

Al-Qaeda is Arabic for “the base”

The men planned to use violence to act on their racist views. Some experts say the Base follows the model of Al Qaeda and other such violent Islamic groups. Their purpose, as we know, is often to radicalize and inspire independent cells and lone wolf attackers.

Lemley talked about using a thermal imaging scope affixed to his rifle to ambush both civilians and police officers. And it was, according to prosecutors, on December 23rd when Lemley said, “I need to claim my first victim.” He was also heard talking about “executing a police officer” to steal their weapons and other gear. The government’s detention memo quoted Lemley saying that If he saw a “PoPo cruiser” parked on the street and the officer doesn’t have backup, he could simply execute him and take his stuff.

Lemley and other members of the Base are antisemitic and are critical of President Trump, calling him a false prophet, Israel-first fraud. Mr. Lemley was quoted as saying, “The Holocaust is fake news.”

Adding to the group’s violent rhetoric, surveillance equipment captured Mathews saying, “We could essentially like be literally hunting people.”

A photo on Billbrough’s phone showed him holding up the severed head of a goat he had killed in a “ritual sacrifice” at a The Base training camp in Georgia. The Base camps such as the one in Georgia offer military-style training in shooting and grappling, and emergency first aid.

Also, in December 2019, Lemley ordered an upper receiver as well as other firearms parts for the purpose of fabricating a functioning rifle. Together with Mathews, he did just that, and began using the weapon in January 2020, just a couple of weeks ago.

According to the government’s affidavit, Lemley and Mathews purchased well over 1,600 rounds of 5.56mm and 6.5mm ammunition. Then the pair traveled to a gun range in nearby Maryland where they practiced shooting. While in Maryland, they also traveled to Lemley’s former home to retrieve body armor plate carriers and more ammunition from Lemley’s prior residence in Maryland.

Let’s Break for a Sip of Coffee or Tea, a Stretch, and for a Brief Teaching Moment 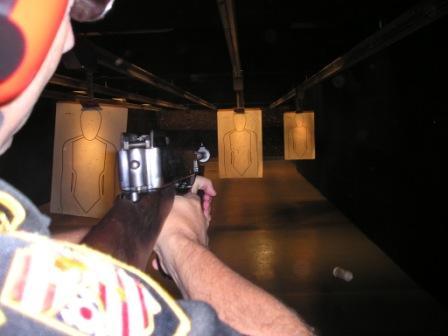 The Machine Gun, an Automatic Firearm

This (above) is what it looks like to peer down-range from behind a Thompson fully-automatic submachine gun. You can actually see a spent cartridge ejecting at the lower right-hand side of the picture, just above the major’s right elbow.

The Thompson is an extremely heavy weapon that’s capable of firing 900 rounds of .45 caliber ammunition per minute, and let me tell you, that’s fast. The experience of firing one of these babies is like no other. I took this photo and was peppered with gunpowder during each burst of gunfire, even from the distance where I stood, which was as you see it. I didn’t use the zoom. We took this shot in a controlled situation while wearing full protective gear and employing other safety precautions. I say this because I don’t recommend this method of photography. It’s not safe. Gee, the things writers do for book and blog article research.

Both types of firearms, the autos and the semi-autos, reload automatically, hence the “auto” label that’s included in the name. Duh.

However, the difference between the two is huge.

I repeat, the main difference between a semi-automatic and a fully-automatic machine gun is that when using a semi-automatic, the user must pull the trigger each time he or she wishes the gun to fire. As long as the shooter depresses the trigger and holds it in place, a fully automatic gun continues to fire until either there are no bullets left in the magazine and chamber, or when he/she releases the trigger.

Okay, back to the article

After the arrests of Lemley, Bilbrough, and Mathews, Base members in Wisconsin and in Georgia were also charged and arrested as part of the operation.

Fortunately, thanks to an ongoing, longtime investigation involving federal, state, and local law enforcement, a serious incident in Richmond, Va. was stopped in its tracks before anyone was harmed or killed. And knowing this plot to start a civil war in Richmond was festering not far from where I sit today while writing this article is nothing less than chilling.

Actually, there’s a shooting range through the large expanse of woods in front of our house, between us and the area where the Oak Tree Apartment complex is situated, and we often hear the bangs and pops of gunfire.

Not so long ago, late in the evenings, we heard the unmistakable sound of fully automatic or bump-stock fire.

*Please, no comments about politics, race, gun control, religion, or other hot-button subjects. This article is strictly factual, not an opinion-based piece. Thanks ~ The Management