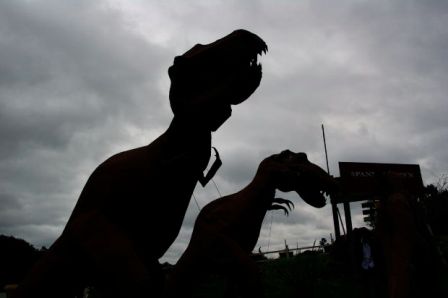 Graduating from the police academy is an experience all its own. And, after many weeks of what some recruits equate to a brief period of time spent in hell on earth, receiving the paper that makes it official, that you are indeed a bona-fide law enforcement officer is nothing short of a warm and fuzzy kind of moment.

There’s a huge amount of pride attached to the actual ceremony, as well as a great sense of accomplishment. Make no mistake about it, police academy training, while fun at times, can be extremely stressful, and taxing on muscles and mind. Therefore, when you’re finally holding paper in-hand and a shiny badge tightly pinned to your shirt, all you want to do is Par-Tay! And that’s exactly what I and my fellow recruits had in mind the night of our academy graduation. Unfortunately, my celebration was to be short-lived.

My boss, a gruff, no-nonsense sheriff, attended the ceremony along with his wife, who was also a no-nonsense gruff and never-smiling person. The sheriff sat beside me during the banquet, with his charming wife to his right, and we enjoyed a very pleasant conversation between bites of some pretty tasty food. Midway through the meal, during my suave and fascinating conversation, the high-sheriff, while alternating between shoveling forkfuls of red meat meat and potatoes into the opening in his face that sat squarely between a pair of sagging jowls, turned toward me to ask, “I’m sorry, I didn’t catch your name. Which department do you work for?”

After letting his surprising comments sink in for a quick moment, I realized he had no idea that I worked for him. I was one of his deputies. The latest model, actually. Freshly trained and well-exercised, and as eager to get to work as they come.

When I explained to my new boss that he was, in fact, my boss, he half-heartedly pretended that the whole thing had been a joke. Obviously, it was not. But I didn’t intend to waste the situation. Not at all.  Nope, I had his attention and I planned to make the most of it.

In fact, II took the opportunity to discuss my future—when I’d begin my field training program (upon completion of academy training officers then receive on-the-job, hands-on training while riding with a certified field training officer), how long before I’d make detective and/or possibly the second in command of the entire department, etc.

Well, he matter-of-factly brushed aside my lofty aspirations, gulped a big ole shot of straight bourbon, and calmly retrieved a folded sheet of paper from the inside pocket of his suit jacket. He then handed the paper—a copy of the patrol schedule—to me while reloading his beefy jowls with heaping forkfuls of red velvet cake.

The patrol schedule was the monthly assignment for the law enforcement deputies within his department—the police officers. All other deputies worked in the jail, courts, serving civil process, etc.. Then, between a couple of lip-smacking chews and another swallow of liquor, he said, “You’re working midnights, starting tonight.” I was both shocked and elated to learn that I’d hit the streets so quickly.

Everyone knows that midnight shift is normally considered the kiss of death. However, to a brand new rookie, even a graveyard shift assignment is as welcome and almost as exciting as a weekend at the Writers’ Police Academy. After all, you’re absolutely itching to bust the largest criminal enterprise known to cops worldwide.

But reality set in as I glanced at the clock on the wall, noticing that it was already nearly 10 p.m., and I hadn’t had any sleep. Didn’t matter, though. I was excited. Then the sheriff delivered even more “good” news. I’d be working the entire county, alone. A.L.O.N.E.

“What about my field training?” I said.

“No time. I’m short-handed,” he said. “If you run into any trouble call the state police. They’ll help out. Just don’t do anything stupid.”

The sheriff then stood, shook my hand, looked toward Mrs. Sheriff and nodded at the door. In another second they were gone, leaving me standing there holding the schedule in my hand. I was disappointed that I wouldn’t be celebrating with my friends, but excited about going to work. But mostly, though, I was as nervous as a June bug at a chicken convention.

Two hours later I stood before a group of midnight shift dispatchers, jailers, and office staff. In all their years working there they’d never seen a “kid” fresh out of the academy hit the streets alone his first night out. I saw the fear in their eyes. I sensed the trepidation. I was flattered, of course, thinking they were worried about me, until I realized their concern was actually for the citizens of the county. I was their only defense against the evils of the world. And, as the sheriff’s office chain of command structure went, the ranking patrol deputy was in charge of the entire shift, jail included.

So yeah, I, on the job for only a matter of minutes, was in charge.

So I bid farewell to each of them and headed out into the dark and stormy night. Actually, it was a nice and bright late summer night. To me, though, it seemed as if I were a character in a bad novel with a really bad opening hook. “The deputy pushed open the door, determined to rid his county of evil zombies, mobsters, werewolves, and serial killers. Yes, he alone would save the world from death, doom, and destruction.”

My excitement was brimming over as I cruised the lonely, dark county roads, occasionally driving through well-lit parking lots, waving to night-shift clerks. I stopped in a few places to chat with employees and customers, but mostly my goal was to allow people to see me in my brand new uniform while driving my brand new patrol car with a brand new badge and name tag pinned to my chest. It was fun. I even played with the lights and siren a few times when I was on long, deserted stretches of roadway where I was sure no one was around to see or hear. 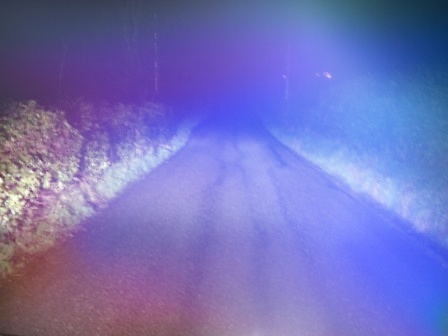 Then it happened. Two hours into my first shift, just when I felt as if I was riding on a cloud, I received my first call. “Fight in progress at Tommy Terrible’s Truck Stop. Weapons involved.” The fun melted from my face as quickly as a Kardashian can post an image to Instagram. It was lights and siren time for real.

So, as they say, I activated my emergency equipment (lights and siren) for real and soon turned into the truck stop parking lot where I saw what appeared (to me) to be two rather large dinosaurs going at it—fists swinging from every angle possible, and connecting with what appeared to be the force of the pile drivers used to construct bridges. 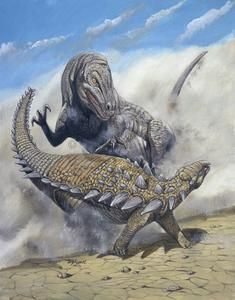 I sat there for a second with the engine idling, re-living the past several weeks of training. Hostage situation…check. Robberies…check. Kidnapping…check. Pursuit driving…check. Shooting range…check. Stepping between two monsters who’re engaged in the worst fight I’ve ever seen. Hmm … no class for that one.

I decided to drive my car as close to the pair as I could get, after calling the state police for assistance. (The closest trooper was twenty minutes away). Then I let off a nice blast from my siren. It worked. They stopped fighting and looked my way, so I stepped out of my car on legs that were quivering like a heaping mound of Jello during a California earthquake.

I attempted to talk to the two gentlemen since, at this point in my hours-long career, I had no clue if I should, or even could arrest either of them. So, and to protect my body from receiving a large number of painful injuries, I did the next best thing. I let one go inside the truck stop to have a cup of coffee, and I drove the other guy home.

On the way, I learned that it was his birthday and that he’d had a little too much to drink (duh). Being the quick thinker that I am, I jumped on the opportunity and told him that I’d let him off this time only because it was his birthday. However, the next time, well, I’d have to take him to jail. Sounded good to me, right? He didn’t need to know I was winging my way through this thing.

When I pulled up in front of the man’s modest trailer home, he shook my hand (his right hand, the equivalent of a giant oven mitt made of steel, gristle, and rhino hide, easily wrapped around mine) and thanked me for the ride and for not making him spend his birthday night in jail.

He, the man, not the dog, used the back of a meaty fist to pound on the aluminum front door until the porch light, a yellow anti-bug lamp, switched on. A woman wearing a three-sizes-too-big NASCAR RULES t-shirt pushed open the door and immediately began to curse, between, of course, puffs on the unfiltered cigarette that dangled from her lips. I was amazed at how the cigarette clung to her lower lip even as she opened her mouth to yell. Finally, he gave her a slight shove and they both disappeared inside the metal box they called home. I exhaled, and then spent the next few hours patrolling the county while thinking of various defensive tactics techniques and drawing the mace container from my gun belt.

Probably not the prettiest conclusion to my first call, but it was a solution that actually paid off for me many times in the years to follow. You see, the guy I took home (I didn’t know it at the time) was an exceptionally good street fighter, a sort of legend in that area among the local police because it normally took four or five officers to handcuff and arrest him. At the time, I did not know how lucky I’d been.

Since that night, I’d been called to numerous fight scenes where this fellow had pummeled his opponents, smashing their bloody faces into barroom floors, walls, and tables all across the county and city. He’d sent a few police officers to the emergency room for various cuts, bruises, and broken body parts. He’d even tossed one rather large bouncer through a glass door. But, whenever I showed up he simply stopped fighting and walked to my car where he’d have a seat, ready for the drive to the county jail.

I guess the big man felt as if he owed me for not arresting him on his birthday. However, those easy-going feelings later changed, and that night, when he decided quite forcefully to not allow me to arrest him, was the night I introduced his forehead to my metal flashlight.

So that was my first night on the job. How was yours?