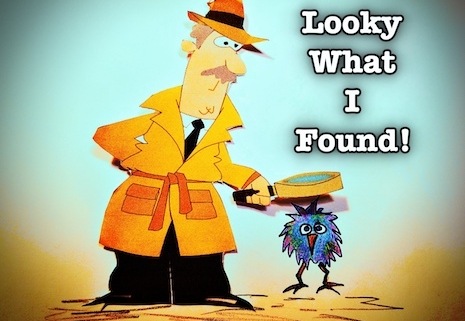 How could feeding a pet lead to police searching your home, without a warrant? Well, let’s look at the case of Greg Imakiller, a serial murderer who’d eluded capture for a long time until a sharp police detective figured out an end-around way to gain access to the bad guy’s house. Here’s how it went down, followed by supporting law. And, by the way, this is a cool thing to feature in a work of fiction.

Greg Imakiller is a person interest in a string of homicides in and around Usedtabsafe, Delaware, a tiny town a short car drive over from Philadelphia. Detectives in Usedtabsafe had their eye on Imakiller for several months, watching his every move. They’d learned he follows a strict weekly routine. They made notes and I was lucky enough to get my hands on them. Here’s a copy.

Monday is Imakiller’s day for feeding the ducks in the Quacky Park Pond. Tuesdays he hangs out at the gym where he mercilessly and unsuccessfully flirts with Donna Darlin, the shapely redheaded receptionist. Wednesday is the day reserved for eight hours at the town library to make eyes with Rhonda Reads, the chief librarian. Again, he has no luck. And, he receives a parking ticket for overstaying the time limit in the spot.

Thursday he visits his mother, Beretta Imakiller, at the state prison where she’s serving time for a bank heist. Beretta and her coconspirator, Betsy Rimfire, robbed the Third Eighth Bank over on Sycamore. The pair was caught two hours later while counting the loot—less than a thousand George Washingtons—in the parking lot of a nearby pancake joint.

Each Friday, Greg Imakiller sits on a bench seat inside the shopping mall where he people-watches and whistles at young girls as they pass by. He does this from 10 A.M. until noon at which time he purchases two corn dogs, a large order of onion rings, and a Cherry Coke. After lunch he moves to the second floor of the mall in front of the “As Seen on TV” store to do more people watching and catcalling. He’s back at home in time to catch the 5 P.M. airing of Judge Judy. He adds another parking ticket to his collection for overstaying the limit in his favorite spot out on the street.

Saturday he mows the lawn and does handyman-type stuff around the house. Saturday nights are for partying at the Jiggly-Wiggly Gentleman’s Club. There, he’ll drink until his eyes spin or until the bouncers toss his butt outside for getting a little too touchy-feely with the nearly topless women who bring him watered-down twelve-dollar-each mugs of  beer.

Sunday is football day. He sits in front of a big flatscreen eating corn nuts, cooked-from-frozen pizzas, drinking can after can of PBR, and farting so loudly that it nearly pops the eardrums of my partner whose listening in on the bug we planted in a lamp made from a lower-leg prosthesis that sits on the end table that holds the bowl containing the corn nuts and beer cooler. We heard rumors that he’d taken the wooden leg as a souvenir from a guy he whacked back in the sixties. Had an electrician friend turn it into a lamp a couple of weeks later.

You could set your clock by his routine, including the two things he does every single morning. One, he smokes a single cigarette at 7:45 A.M., sharp. Two, he feeds his pet iguana at 8:04, on the dot, immediately after the three minutes it takes him to puff on the Lucky Strike and then stomp out the remaining burning butt on the concrete stoop.

We needed more evidence relating to Imakiller’s latest homicide. We knew he was good for it but our crook-loving judge wouldn’t grant a search warrant. Here’s how Imakiller’s pet iguana helped solve the case.

We decided to make our move at 8:03 because we had to catch him outside, but near enough to the house so the plan would work. Using the unpaid parking tickets as probable cause, we obtained a warrant for his arrest. It was a BS arrest, but it was worth a shot

With no hope of obtaining a search warrant to look for the murder weapon, at 8:03 A.M., on a Monday morning, my partner and I, with misdemeanor arrest warrant in hand, walked up the sidewalk and placed Greg Imakiller under arrest and cuffed him. Hands behind the back.

Imakiller cried and screamed and struggled and squawked until he finally quit squirming after realizing we meant business. Then he yelled for his attorney, of course.

As we slowly (stalling a bit) walked him toward our unmarked surveillance van, Imakiller asked if he could feed Ruben, his pet iguana, before we took him to jail to wait for his high-priced attorney to get him out. It worked. The plan was in motion. 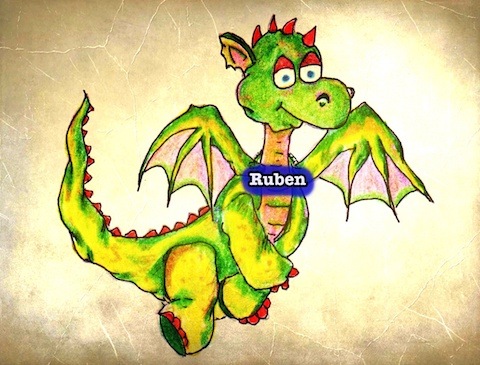 We took Imakiller to his front door, still handcuffed, of course, and we stepped inside the home. Yes, we were in.

Imakiller told us he kept Ruben’s food in his bedroom, in a closet. I took him here there, looking over the house as wet. So did my partner. In the bedroom, we observed a pistol on the nightstand, one that matched the caliber used in the murders. We also saw photos of the murder victims tacked to a wall. On the floor were items taken from the murder scenes.

Bingo. Case solved and all without a search warrant, and all because of a hungry iguana.

Why is the Search Legal?

First, Courts have ruled that, incident to arrest, officers do not need a warrant to conduct a search of a person and the immediate area around them, including containers.

The premise is that officers have the right to protect themselves by searching for weapons and to guard and preserve evidence that the suspect might attempt to destroy.

The same is so in a situation such as in the case of our fictional Greg Imakiller. The moment he asked to go back inside his home to feed his pet iguana, knowing the officers must at that point accompany him, was an invitation for them to enter his home. Therefore, anything in plain view is subject to seizure by officers.

Th choice was either let the officers inside, or to allow Ruben’s stomach to start growling from hunger. Well, Ruben was the apple of his eye, so Ruben and his hungry belly won. Imakiller was not as fortunate.

However, had Imakiller not asked to go back inside, officers could not have legally entered the home.

An exception to the rule is a cellphone.

Since cellphones are not “typical containers—cigarette packs, boxes, luggage, tupperware, etc.—” something that officers may search incident to arrest, police must obtain a search warrant to examine the device.