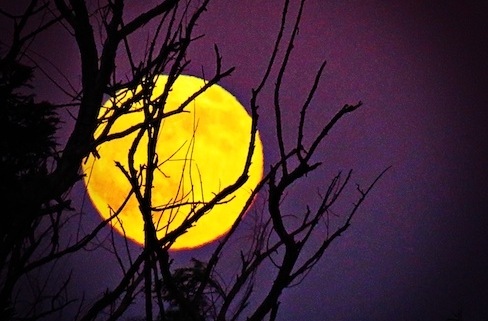 Working the first 240 minutes of the graveyard shift, when the crazies and criminals come out to play, and when many normal and sane folks allow alcohol and drugs to take over the part of the mind that controls mean and nasty, is a timeframe that generates many a tale told by crusty old retired cops who sometimes gather at pancake houses to share breakfasts with their remaining former brothers and sisters in blue. The ones still alive and who care enough to talk about the good old days, that is.

Like weekend fishermen sometimes do, these antecedent cops tell and compare stories filled with run-on sentences detailing events of the “big ones that got away,” and of times when bullets zinged and pinged off the pavement around them as they rushed to capture wanted criminals who’d popped off those rounds before disappearing into abandoned warehouses or alleyways during nights as black as ink with air so still they could hear their own blood zipping its way through the convoluted paths of veins and arteries as nervous hearts worked in overdrive mode to keep up with the amount of adrenaline racing through their bodies.

Yeah, those kinds of jittery and sometimes PTSD-infused run-on comments about remarkable accomplishments and incredible feats of top-coppery. They’re the sort of stories that take center stage while the sounds of sizzling bacon and spattering sausage patties provide the soundtrack to the morning gatherings.

As the scent of warm toast wafts through the air, the men and women who’d instantly shed twenty-five pounds when they handed over their bulky gun belts on the day they’d received their “Retired” badges, fawningly speak of the days before semi-automatics and Kevlar vests and of car radios that weren’t capable of sending or receiving signals out in the distant areas of the county, leaving the solo officers on their own to handle whatever came their way.

The old-timers compare scars—the raised marks on the hands, arms, and faces they’d earned when arresting the tough guys who loved to slash at cops using razor-sharp blades. Of course, occasionally, one of the balding and wrinkled retired patrol cops shows off a zig-zagged raised area on the cheek, a disfigurement caused by being on the receiving end of a downward-plunging ice pick or screwdriver.

It was early morning—2 a.m., according to the portly fellow whose once rock-steady hands tremble unmercifully these days—when he and the other members of the entry team stood on the non-moonlit side of a house deep in the heart of the worst area in town, waiting for the signal to kick the door, hearing only the distant soulful moan of train whistle and the clicking and ticking of windblown dried and crunchy fall leaves as they tumbled and danced their way across cracked pavement. It was cool out, but beads of fear-sweat the size of garden peas wormed their way down his spine, slipping through that void between the waistband and the hot flesh at the small of the back.

The night animals. Those three-legged dogs and wiry cats with matted fur, washboard ribs, and gangly crooked tails and jagged fight-damaged ears. Raccoons with eyes that burn yellow or red when met with the bright beam of the car-mounted spotlight. Possums that hiss and bare pointy teeth when cornered.

The old wino, the guy who wore nine layers of clothing, a filthy watchman’s cap and toeless boots, a homeless man who reeked of body odor so horrific that jailers hosed him down before fingerprinting him. He’s the guy who often had maggots wriggling around inside his ratty underwear, and whose BVD’s were rarely removed before using the bathroom. A waste of time, he’d said. Why bother? Yes, they’d all seen and smelled the funk when they’d arrested him and others like him for breaking into cars or stores late at night.

A turn onto main street after checking the alley between the hardware store and the Five and Dime. Storm drains at the curbs spewed wispy tendrils of sewer steam that combined with hot city sweat before melting into a dark sky spattered with thousands of pinpoint lights.

Stoplights as far as the eye could see, all winking and blinking in an ill-timed discord of reds and yellows and greens.

The street sweeper who passes by, holding up a single finger as a sleepy acknowledgment that he, too, was out there in the night making ends meet the best way he knew how.

Yes, one last refill, please. No cream. No sugar. Just like the thick jailhouse coffee that kept their motors running back in the day. Then it’s time to take the spouse’s car in for an oil change, or to stop by the market for bread and milk and eggs. One had a doctor’s appointment. The ticker’d been acting up a bit lately.

Back to the stories. There’s always time for one or two more before the lunch crowd began to drift in, the folks wanting to beat the mad rush, especially on Thursdays when chicken and dumplings were the $4.99 special du jour.

The radio crackles and the dispatchers’ voices that cut through the silence. A monotone voice that could’ve just as easily come from the bowels of a machine. They all remember and nod.

A moment to think.

They share silent memories, like it was just last night when they’d each slipped on the uniform and badge and gun and shiny shoes. A pen in the shirt pocket and a slapjack in the right rear pants pocket.

Three cups of joe in, the old timers reminisce about their war-wounds.

The missing bit of earlobe. The punk was, of course, a biter.

The loss of vision in the left eye. A 2×4 to the head, a blow delivered by a beefy, tatted-up redneck who didn’t want to see his brother carted off to jail.

The lifetime limp. A drunk driver who swerved right while the officer helped an old man change a tire.

The disfigured hand and scar tissue. Rescuing a little girl from the burning car.

Closing their eyes and seeing the face of the dead guy floating in the river, the one whose eyes became a tasty snack for turtles and fish.

The decapitated head at the side of the railroad tracks. Headphones prevented him from hearing the train approaching from the rear. They were found dangling from a thin tree branch along with a clump of hair still attached to a small bit of flesh and shattered skull.

The teen with the knife-punctured carotid artery that spurted long arcing jets of bright red blood onto the hands and arms and faces and clothes of responding officers as they tried to help the wounded youth live.

The punches, the bruises, the kicks.

The foot chase between the houses.

And then morning comes and it’s time to do it all again.

It’s all they have left.

That, and those broken lives and bodies.

And a cup of joe.