The list is long. You know the the one. The list of laws we don’t like and don’t want to follow. They anger us. They seem foolish and often unfair. But is it okay to cherry-pick which rules we obey and which we don’t, simply because they’re not our cup of tea?

Seriously, which laws should we thumb our noses at and go about our business doing as we please—laws, police, courts, judges, and society be damned? Which laws are okay to shun as if they don’t exist? And, what are the consequences (excluding arrest and incarceration) should someone blatantly decide to disobey?

Snitchin’ Could Be Deadly!

Please allow me to slip back in time a bit to help put this situation into perspective. I was in charge of major narcotics investigations and one particular crack cocaine dealer seemed elude arrest no matter how hard I tried to nab him. So I organized an elaborate undercover operation complete with high-tech surveillance and monitoring equipment, phone taps, undercover drug buys from his residence, etc. A lot of time and effort and money went into the investigation. Finally, the day came when I had everything in order and I had a search warrant in hand. It was time to assemble a raid team and bring the guy down.

I called in an entry team and conducted a pre-search briefing—who would go where, when, do what, etc. I knew there were several known bad guys inside so I warned everyone about the danger involved and I made certain everyone on the team was wearing full protective gear. Then, just as we were about to head to our vehicles for the procession to the target home I noticed one of our team members was missing. I called him on the phone and he said he’d forgotten he had a quick errand he needed to attend to. Thought he’d be back before we were ready to go but time slipped away. He told me he’d meet us halfway there.

My heart sank. He’d left the meeting before I’d told anyone where we were going. The names of the suspects. Nothing. I always kept those details close to my chest, and for very good reason, and that reason was quite possibly coming to the surface. Somehow he knew where we were going without hearing it from me.

I again told everyone to use caution. There suspects were heavily armed and, well, it was going to be dangerous, and the sinking feeling in my gut made things seem even worse.

We rolled out, parked down the street from the target house, and that’s when I saw our missing team member walking toward us from my right. I asked where he’d come from and he told me he’d followed us but elected to park in a different spot.

As we talked I smelled alcohol on his breath. He confessed that he’d been drinking and didn’t think he was in any sort of condition to assist with a raid. I agreed and ordered him to leave the area but to be available after we were done. I had a few things we needed to discuss. First things first, though. *He’d consumed beer so he wouldn’t be allowed to join us.

Our boozed-up team member departed and we proceeded to the house.

Needless to say, the bad guys were waiting for us. They knew we were coming and they were ready for a fight. Fortunately, they realized they were outgunned and their numbers were far short of ours. We’d come in deep, as they say.

They fired a few rounds at us as they ran away into several directions. We caught a couple of the runners but they were clean—no weapons and no drugs. In fact, there was not a single speck of cocaine inside the residence. The place was cleaner than a hospital operating room before surgery.

Long story short, our partner gave the drug dealers advance notice that were on the way. I still don’t believe he knew where we were heading that night, but I later learned that he was paid by this gang to keep them informed. Therefore, when he saw the size and scope of what was about to take place he hurried out to warn his “employer” that the police just might be preparing to kick in their door. 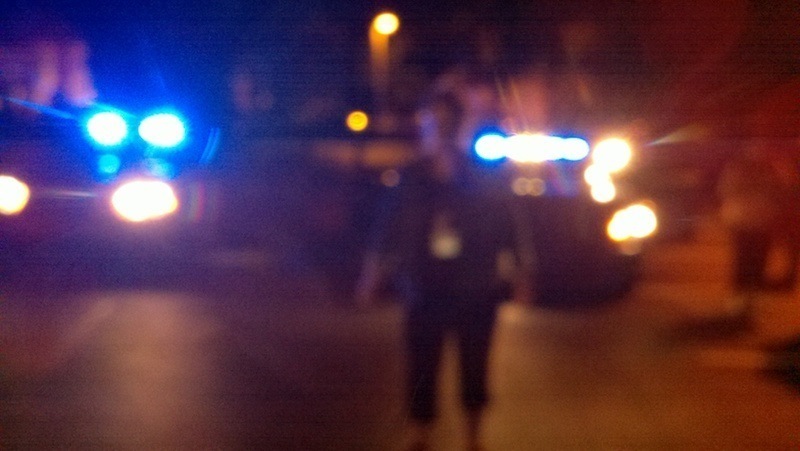 This is serious. Many officers have been murdered in ambush situations over the course of the past couple of years. A bit of advance warning sets up the officers for a blindsided, deadly attack. And, to have someone turn against the police and to issue an advance warning that they might be on the way is, well, nothing short of extremely dangerous, irresponsible, inexcusable, and … criminal.

How would that official feel if someone were to die because of their belief that a law shouldn’t be followed because they don’t like it? Would it bother them if a suspect gunned down an officer as he approached a building or person during the course of their sworn duty?

I know the feeling I had that night, knowing someone in an official capacity tipped off the bad guys and placed our entire team in harm’s way. It was not good. Luckily, we remained safe and sound (scary for a while when the rounds started coming our way) and we eventually busted the group of drug dealers.

The snitching officer was relieved of his police powers soon afterward (that’s a polite way of saying he was fired).

Anyway, this type of situation (different players and scenario, but the same danger level, or higher) is playing out right now in Oakland, Ca., where the mayor there just issued a public warning that U.S. Immigration and Customs Enforcement (ICE) could be conducting a raid in the area.

I get it. She doesn’t like the fact that federal agents are doing their jobs in the city where she works as mayor. However, as I offered above, announcing the arrival of police who’re conducting surprise raids makes the situation extremely dangerous/life-threatening for those agents/officers. This mayor is playing with real fire. Obviously, she feels nothing about the lives of the federal agents. Or, she hasn’t realized the consequences of her actions. Or … she just doesn’t care.

Again, I get it. Some people don’t like some laws and they’d prefer that police weren’t around (well, only when it’s convenient). Unfortunately, we are a country of laws and the police are in place to enforce those laws. Anyone outside of those parameters is breaking the law, including Mayor Libby Schaaf of Oakland. The mayor also contacted businesses in the area to remind them that a new California state law “prohibits business owners from assisting ICE agents in immigration enforcement and bars federal agents from accessing employee-only areas.”

Again, no matter the reason, this practice makes it extremely dangerous for law enforcement officers. They’re humans. They have families. They’re out there to protect us. They’re doing their jobs. They want to live, too, just like the rest of us.

You don’t like the law, don’t want ICE in your area … fine. Don’t help them. But do not place those agents in harm’s way merely to prove your point. Instead, let the agents fend for themselves and stay out of their way.

Perhaps the Oakland mayor doesn’t care if she lives to see tomorrow. But I’m sure that each and every day those federal agents are more than happy to safely return home to their families. Sadly, they’ll have to do the best they can because not only do they have to worry about the daily dangers associated with the job, now they have people like the Oakland mayor who doesn’t seem to mind that she’s setting up these agents like ducks in a shooting gallery.

Again, you don’t like a law, change it, but don’t risk the lives of hard-working men and women simply because a rule rubs you the wrong way. Believe me, police officers don’t care if a law disappears from the books. It’s one less they’d have to worry over. And, they’d certainly prefer to not conduct dangerous raids where they could be injured or killed.

So please, Mayor Schaaf, consider the consequences of snitching when doing so could cost someone their life. And, by the way, your action was illegal …