Tag Archive for: No Bull 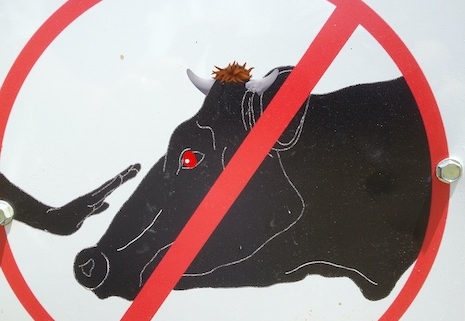 Writers, you conduct an incredible amount of research about cops, forensics, and more, and your readers deeply appreciate your efforts. Therefore, to assist with your hard work, here are six tidbits to add to your gatherings of vital information.

1. There’s been a ton of media coverage devoted to anti-police protestors and activists, and in those vivid live reports we sometimes see people expressing their anger by assaulting innocent inanimate objects, such as garbage cans, dumpsters, streetlight poles, and even police vehicles.

This type of behavior is not new. Not at all. Modern day cop-car-turner-overers are not at all a new species. For example, way back in 1899, the Akron, Ohio police department introduced their first police car, an electric buggy equipped with lights, a stretcher, and a gong used as a warning device (sirens eventually and wisely replaced the gong-banging).

Well, soon after the fancy police car was put into use, a group of angry citizens who were demanding justice for the assault of a six-year-old girl by a man named Louis Peck. Police had arrested Peck the previous day but the mob wasn’t satisfied with just an arrest. They wanted to lynch him right then and there, without a trial (he confessed to the police). So the mob attacked the police department/city building with bricks and dynamite, and they set fire to the Akron fire station and burned it to the ground. They also attacked the firefighters and prevented them from putting out the fires. The group finally tossed the city’s only police car into a canal, which was no small feat considering the car weighed 2.5 tons.

2. Today, police officers and sheriff’s deputies typically drive department cars such as the Dodge Durango Pursuit or the powerful Dodge Charger with the 5.7L HEMI® V8 Engine, and even Ford’s Defender Police Interceptor Utility. Back in the 1930’s, however, it was the Deuce Coupe that reigned supreme with police agencies. Of course, the car was so popular and powerful that the bad guys drove them as well.

Speaking of the Deuce Coupe, let’s take moment to brighten what is a cloudy and cool day here in Delaware.

3. In the days before GPS and 911 calling, police officers and dispatchers relied on a caller’s directions to their locations. It was not pretty. For example:

Caller – “My daddy’s stuck in a tree ’cause our bull chased him up there.” Please hurry!”

Caller – “Don’t got one. We get our mail at Billy Buck’s General Store.”

Dispatcher. “What is the location of your house?”

Caller – “Well, you go down Corn Meal Road till you pass the spot where the old mill burnt down, and then you turn to your right at the oak tree that was split clean open by lightnin’ back in ’53—“

The sound of the caller spitting—probably tobacco “juice”—is heard at the other end of the line.

Caller continues. “You remember that gulley-washer of a storm, don’cha’? It was a doozy, weren’t it. Anyways, you go on till you pass eight telephone poles—count ’em good ’cause nine is too many—and turn into the first dirt path to your right. You can’t miss it. Cross the creek—it ain’t deep—and you’ll soon see daddy up in the tree. He’ll be easy to spot ’cause it’s the only tree with a bull standing under it. Hurry, ’cause I don’t know how much longer daddy can hang on. He turned 94 his last birthday and he says startin’ to lose the strength in his arms. Arthritis done ’bout got him”

4. People offer all sorts of wild excuses for doing the things they did. A few of my favorites are …

5. You know about Miranda (you have the right to remain silent, etc.), right? Well, the same strategy can work to an investigator’s advantage. Like the suspected killer sitting across the desk from a detective who chose the “silent approach” to interrogation.

Suspect – “You’ve got the wrong guy.”

Detective – I sat there staring at the guy, saying nothing for a full minute, then …

Suspect – “Well, maybe I was there when she fell and hit her head on that hammer. But I didn’t hit her.”

“You might find my fingerprints on the hammer because I borrowed it last weekend to fix my kitchen door.”

“Okay, she might’ve run into the hammer when I was swinging it to drive a nail.”

A long pause, then …

6. Searching people for weapons and other items is not high on a cop’s list of things they enjoy, and suspects definitely do not make the task any easier. Sometimes it becomes downright embarrassing, such as time I arrested a guy on a warrant for assault. I’d chased him on foot for a block or so before catching and handcuffing him. Of course, by that time a crowd had gathered and were taunting me.

I was in the midst of a quick pat down, checking for weapons when, while running my hands up one of his legs, my hands made contact with … well, you know. I glanced up and saw him smiling a cheesy ear-to-ear grin. Then he said. “You go any higher or faster and I’m going to need a cigarette when you’re done.”

The crowd around us burst in laughter, and so did I. His comment definitely lightened the mood of the angry crowd, and I credit it for unintentionally preventing a difficult time getting him back to my car without trouble from the mob.

This year at MurderCon, Dr. Denene Lofland, will present a new and extremely detailed and eye-opening session about Covid-19 and the spread of disease. *Session title and description coming soon.

Those of you who’ve attended Dr. Lofland’s classes on bioterrorism at Writers’ Police Academy events will remember her detailed sessions regarding the spread of diseases. In fact, her class just last year, ironically, was called “Biological and Chemical Weapons: Is the End of Humankind Near?” 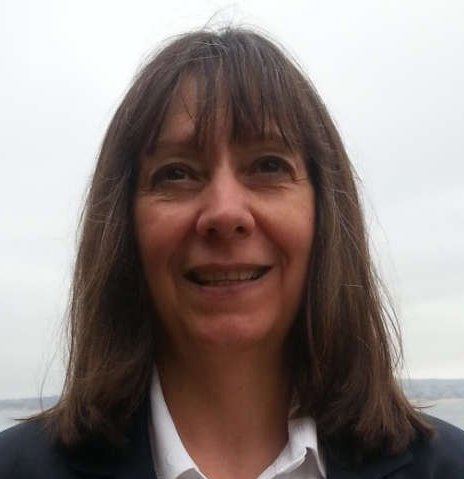 Denene, an expert on bioterrorism and microbiology, has managed hospital laboratories, and for many years worked as a senior director at biotech companies specializing in new drug discovery, such as medications prescribed to treat cystic fibrosis and bacterial pneumonia. She and her team members produced successful results and Denene, along with other top company officials, traveled to the FDA to present those findings. As a result, those drugs are now on the market.

Calling on her vast expertise in microbiology, Denene then focused on bioterrorism. With a secret security clearance, she managed a team of scientists who worked in an undisclosed location, in a plain red-brick building that contained several laboratories. Hidden in plain sight, her work was for the U.S. military.

Sign up today to reserve your spot at MurderCon 2020! It’s a one of a kind experience!