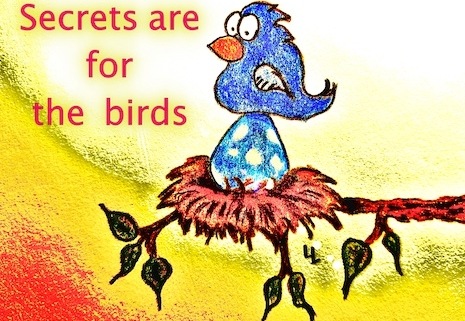 By now everyone is or should be familiar with the term “leaking.” After all, we see it in the news nearly every day. It’s as if not a single soul in this country can manage to keep a secret no matter how vital it is to not let certain information reach the ears of well, anyone who shouldn’t hear it. But, it’s not a new thing, nor is it limited to the politician-media pipeline.

Then there are the law enforcement officers who leak information, for whatever motivation that floats their personal boats. Such as Deep throat, the alias of Mark Felt, the Federal Bureau of Investigation (FBI) special agent and Associate Director who provided information to reporters Bob Woodward and Carl Bernstein of The Washington Post. The information Felt passed along to the reporters led to the resignation of President Richard Nixon. Over the years, Felt was a constant, non-corkable dripper of inside information.

And, there are those officers who leak information to the bad guys, and they usually do so for cash or other types of rewards. These thugs in uniform have little regard for the safety of their fellow officers. Here’s a perfect example. One from my own files.

I was in charge of a narcotics operation that involved a longterm surveillance op team, a boatload of specialized spying equipment, a couple of really good undercover officers, and a gaggle of confidential informants. We’d “wired” a couple of officers who’d gone “inside” to purchase cocaine and guns. Then, after months of hard, tedious work, I wrote and had a magistrate sign the search warrant. I was a cautious detective who trusted no one, outside of my immediate circle, with secret information. I was not fond of leakers. So, not wanting any details to find their way out, I waited until the last minute to assemble the raid team.

Once the team was in the briefing room I handed out layouts of the building and surrounding grounds. The positions of lookouts were also noted. I explained the situation, the dangers associated (these guys were heavily armed), and then doled out assignments, including the address on the search warrant.

Next, to make certain that all was still okay, I called the informant who was in the house at the time. He acknowledged that the drugs were inside the residence as well as the key players named on the warrant. Not wanting him there when we arrived (I didn’t want him to get hurt) I told him to excuse himself and leave. He was an excellent informant who knew how to play the game, so I wasn’t worried that he’d blow the deal..

At the briefing, I gave specific instructions—time to hit the doors, who would travel with whom and in which vehicles, and, since this was a nighttime “no-knock” warrant, I wanted absolute silence until the man on the door yelled, “Police. Search Warrant!”

Due to the danger level and area to be covered, the assembled team was fairly large. We needed to secure a perimeter to catch anyone fleeing the scene should they somehow make it past the entry team. There were also lookouts, runners (the guys on the street who sold the cocaine to “customers”) and, well, anyone else who decided to rabbit.

We were all ready to go and someone said one of the perimeter guys slipped out to use the restroom but hadn’t returned. One officer short on the perimeter was no big deal so we left him. There was no time to waste once the plan was in motion.

We left the department and met at a staging area to allow all the vehicles to catch up. We didn’t want a twenty-police-vehicle parade traveling in one direction because that’s a sure sign that’s something’s going down.

Once everyone was in place we headed to the target’s neighborhood. It was dark, late, and quiet. We approached the home, surrounded it, and the “GO” signal was given. The next sounds heard where that of the entry team’s explosive breach of the front door and the raking and braking of windows.

The place was as empty as a California creek in the summertime. No people and no drugs.

The occupants had left in a hurry, though. An old monster movie was playing on the living room TV, tall cans of cold beer inside individual paper bags sat on a cigarette-burned coffee table, and a pot of red beans and rice was in full-on scorch mode on a hot electric stove eye.

They’d cleared out within a matter of twenty minutes or so. From a house full of drug dealers and a couple of women, to zero.

The officer who left the briefing room to use the restroom.

Couldn’t have been anyone else.

After a bit of questioning he finally admitted to alerting the drug dealers. He also told me he’d been an informant for a couple of major players in the city. They’d paid him well, he said. Needed the money to pay bills. Spent his paychecks on liquor, women, and gambling and didn’t want his wife to know.

He was fired but not prosecuted.

He died a few months later after suffering a massive heart attack.

We’re lucky that the dealers hadn’t decided to ambush us or you may have seen my name on someone’s Friday’s Heroes page.