You’ve had a long night answering call after call—he-saids, she-saids, chasing a Peeping Tom through back yards and alleys, a couple of drunks arguing over a near-empty bottle of Ripple, kids spray-painting stop signs, and the guy who insisted he was Jesus and attempted to prove it by damning you to hell a few dozen times after you refused to give him ten dollars.

Yep, a looonnnggg night and it was only half over when Jimmy Bob “Peanut” Jenkins, Jr. decided to join forces with his good friend Jack Daniels to blacken both his wife’s eyes. Well, Erlene, the wife, wasn’t about to stand for that so she poked ‘ol Peanut in the gut a couple of times with a dull kitchen knife. Didn’t break the skin, mind you, but the act was just enough to send Peanut off the deep end. Oh, he was plenty mad about it, yellin’ and screamin’ and stompin’ his steel-toed Doc Martens across the linoleum, kicking at Porkchop, the family’s three-legged dog, along the way. But Porkchop, having been to this freak show one too many times in the past, knew to stay six or seven dog-dish-lengths away from his owner’s size twelves.

After about ten minutes of plate, bowl, and pot-and-pan-throwing, one of the kids, a snot-nosed, freckle-faced boy of around ten or so, picked up the cordless and punched the speed dial button for 911.

And that’s where you, Officer Save M. All, show up. And Peanut, a Friday night regular, meets you in the driveway, huffing and puffing like an old-time, coal-fired locomotive engine.

Now things are a bit dicey, with Peanut pounding his chest like a gorilla on meth. It’s best to run down the checklist before diving right in. You know, size him up. Is Peanut armed this time? Is he really going to attack? Or, is all that chest-thumping and Tarzan-yelling just a show for the neighbors? Well, you’d better find out in a hurry because he’s starting to spin like the Tasmanian Devil.

So how can you tell if this guy means business, or not?

Well, there are a few telltale signs that could help you evaluate the situation. And, since weapons and other items that are capable of puncturing your flesh, bones, and organs should be your first concern, here are some common indicators that Peanut is carrying a hidden gun or knife. 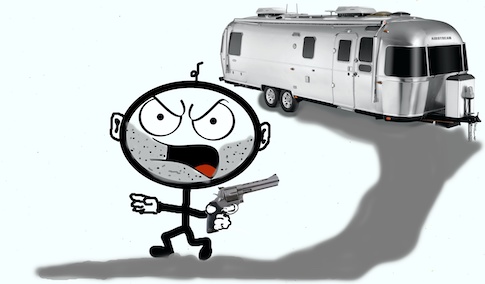 Now, the signs that Peanut Jenkins is about to attempt to stomp your butt into the mud … 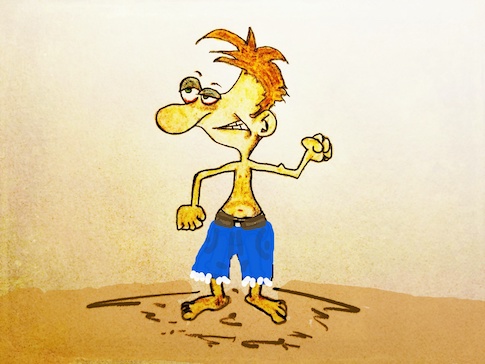 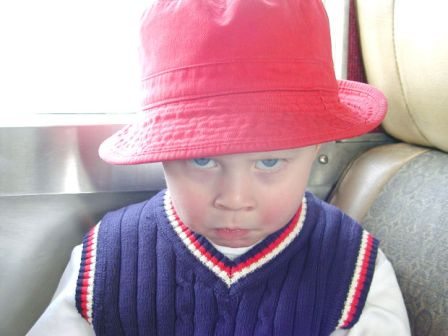 3. Peanut constantly glances to a spot behind you, or to a place off to your right just out of your line of sight. Watch out, because his partner may be approaching for a rear ambush. And, his partner just might be Mrs. Peanut. Yes, even though her “loving husband” had just moments ago beat the ever-loving snot out of her she’ll often defend her man until the bitter end. Unfortunately, the end sometimes results in a funeral … hers.

These quick glances are also good indicators that Peanut has a hidden weapon nearby. For example, you’ve stopped Peanut for drunk driving and he’s constantly glancing toward the glove compartment. Well, there’s a good chance that a weapon or other illegal items are concealed there. 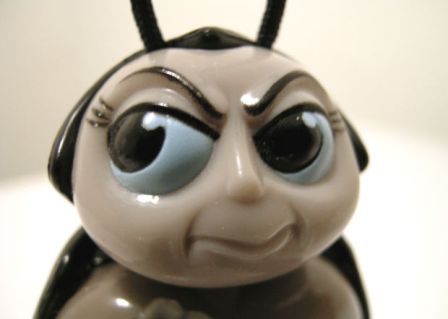 4. The Lights Are On But Nobody’s Home – You arrive on scene and you approach Peanut, who is standing still, staring off into space. His jaw is clenched and he’s sweating profusely, even though you’re both standing in two feet of freshly-fallen New England snow (New England snow, to me, is the coldest snow on the planet). He doesn’t respond to you in any way, but you see the anger rising. Face is growing redder by the second. Veins poking out on his forehead. Eyes bulging. Yeah, you get the idea. Believe me, it is time to take a step back and start pulling every tool you’ve got on your duty belt because this guy’s getting ready to blow. Silence is definitely not golden in this case.

I guess a good rule of thumb is to always assume the worst, and hope for the best.