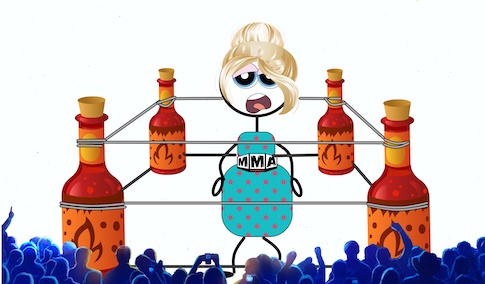 Police officers are expected to follow and enforce many rules, laws, and ordinances. The penalties and punishments for straying from those regulations can be quite severe.

In addition to the written requirements are numerous “unwritten guidelines” to assist officers as they carry out their duties. Here’s a list of ten.

1. No matter how big, tough, or strong an officer may think they are, they should never, not ever, underestimate the strength of criminal suspects, especially those who’re hellbent on escaping custody. Even the little ones, the guys who are smaller in stature, are quite capable of inflicting enormous amounts of pain. The same is true of females of various sizes.

Even the tiniest woman who’s wearing a polka dot mini skirt has the ability to punch and kick and deliver massive amounts of pain like a seasoned MMA fighter(this one I speak of from experience). Actually, I believe the hardest I’ve ever been hit was by a woman who didn’t take too kindly to me arresting her extremely combative adult son. The young man, by the way, had just committed an armed robbery and I’d chased him on foot for several blocks. The foot pursuit ended inside the home of his dear and sweet Mama, a 225 lb. woman with a fist like steel and the punch of a jack hammer.

2. Crooks sometimes make really stupid comments, so keep your ears open. Listen to your suspects and witnesses. After all, you just may hear a few comments like I did back in the day. Such as …

4. If you have to shoot back more than 6 times the bad guy can still see you. Move to better cover.

5. The raincoat in your trunk is meant for the rookie riding in your passenger seat. No need for both of you to stand in the downpour. Besides, someone has to listen for important radio messages and finish the coffee before it gets cold. Waste not, want not.

6. Flashlights are dual-purpose tools. The handle end is great for ending confrontations. When the delivery is just right, it sounds kind of like an aluminum baseball bat hitting a softball when the battery-filled tube connects with a forehead. The other end is perfect for helping you see (in the dark) the crook’s eyes spinning like windmills after the little “love tap.”

7. Never rush into a fight-in-progress. Instead, wait a few seconds to let the two goons wear themselves out. Then, like a lion after its prey, you can grab the one who’s the most tired and wounded while the rookie gets the still-fighting gorilla.

8. Never leave your patrol car, even for a second, with the keys in it. There’s nothing worse than chasing a bad guy on foot, wrestling with him for ten minutes to apply restraints, then marching the handcuffed thug back to the empty spot where you know you left your car. I promise you’ll hear howls of laughter from the bad guy, who, by the way, will remind you for the rest of your career of “the day you lost your police car.” He’ll shout it from the curbside, the jail cell, from his prison window, and from his mother’s front porch.

9. Be sure you never write a check with your mouth that your rear end can’t cash. There’s nothing worse than talking a big game only to find yourself sitting on the pavement looking up at a laughing bad guy who’s now holding your only pair of handcuffs. And, the bruised ego is far worse than the black eye.

10. When you and your fellow first responder are in the process of arresting a combative slimeball-scumbag, always know who’s spraying the “hot sauce.” It’s a real pain in the rear when the bad guy ducks at the precise moment both of you squeeze the buttons on your cans of pepper spray. Ever try arresting a guy when neither you nor your partner can see anything? It’s not pretty. 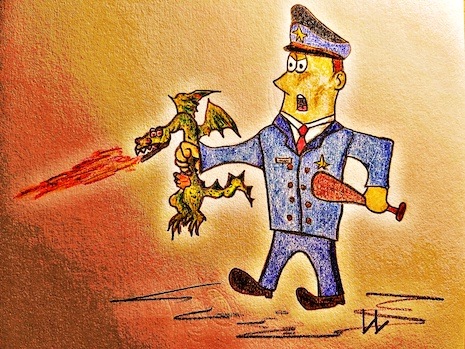