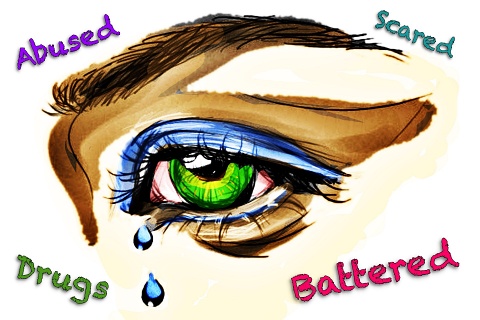 Atop dented and crooked metal pole.

Weeds, and a single, lonely daffodil.

Dust clouds bloom in our wake.

A rabbit scurries off,

Me to the right.

Another to the left.

One in the middle.

First one, then another and another.

I, sneaking to side.

One pleading. Begging. “Put down the gun.”

“Nothing to live for.”

Trying to erupt from hands.

Sadly, this is a true story, and one I will never forget. 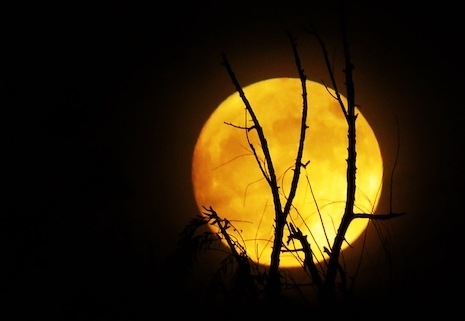 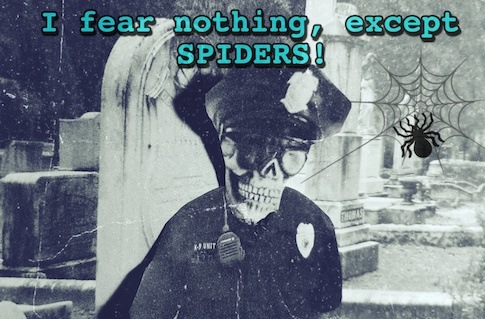 As a sheriff’s deputy, long before I made the switch to a city police department and later as a detective, I, as did my fellow wearers of the star-shaped badge, often patrolled the entire county, alone.

Should a serious situation arise our only backup was a lone state trooper whose duty was prowling for speeders and drunk drivers during their patrol of the major highways that crisscrossed their way through our jurisdiction. This meant that help, if needed, could be well more than three-quarters of an hour away, and that’s with full lights, siren, and gas pedal pushed tightly to the floor. Our agencies had a mutual agreement, though; they worked traffic-related incidents in the county—speeders and auto crashes, and we handled all criminal cases. When necessary we’d each back the other.

Needless to say, handling all calls by yourself could be a bit nerve-wracking. Troopers never knew what or who was waiting for them when they stopped a car out on a deserted stretch of highway, and we never knew what or who(m) we’d be dealing with when we approached a house or other location where a crime was reported, or one in-progress that we’d stumbled across while on patrol.

Now, I’ve said all of the above as a means to address a question that I’ve been asked numerous times over the years, and that’s if I experienced fear at any time during my career. Well, I’ve never had to pause to consider a response because the answer is easy … a resounding YES. And that fear, at times, was extremely palpable, complete with a heart that took on a mind of its own at times.

Like when searching for armed and wanted suspects inside an abandoned and very dark warehouse. You can’t see your own hand in front of your face and you know the thugs are there, waiting for you and will stop at nothing to avoid prison. It’s times like this when the old ticker starts pounding and thumping so fiercely against the interior of your chest that you’re afraid the suspect will hear it, giving away your position.

Sometimes, during extremely tense situations, you see your pant legs moving slightly and that’s when you realize you’re trembling just a bit. And there’s always that bead of cool sweat that worms its way down your Kevlar vest and fear-heated back, following the bumps and curves of your spine until it dips past your waistline and into your pants where it continues on into, well, you know where. Perspiration from your forehead and brow leaks into your eyes, burning like a powerful acid. And this is all when it’s cold outside.

We wade through mounds of people who’re fighting, using fists, and sticks, and knives, and guns, all to arrest the folks who’re leading the battle and/or those sought per arrest warrants. We go toe-to-toe with people far tougher than one could imagine, or would ever want to envision.

There’s nothing like pulling up to a “shots-fired” call and suddenly finding yourself the target of machinegun fire. Bullets rapidly puncture and rip and tear away the metal and glass of your patrol car while you frantically try your best to find some sort of cover.

A bar fight where the two bikers stop and join together to turn their large knives toward you because they hate cops more than one another. But, somehow you come out on top in spite of all the blood that’s pouring from your wounds.

But cops do what they do and I was no different. We have a job to do and dadgum it we do it. We head into those warehouses and street and bar fights and those dark alleys, and we continue moving forward until those suspects are in custody.

Sure we’re often scared. But we deal with the fear later, once all is a said and done. That’s when the hands really begin to shake and the knees knock, and you say your thanks to God, as I did and still do, or to whomever your faith directs you to thank for seeing you safely through the incident, even if that someone is merely your lucky stars, a rabbit’s foot (not so lucky for the rabbit, though), or to the earth and sky and wind and water.

So yeah, I’ve been scared. Plenty of times.

So remember, there’s nothing to fear but fear itself … and guns and knives and giant bad guys with big sticks and ham-size fists.