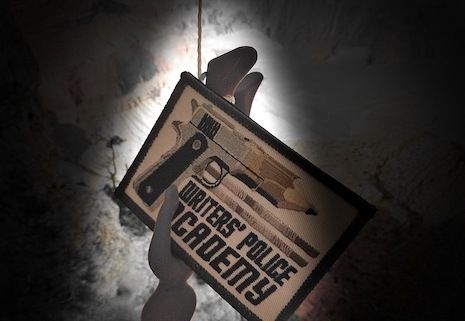 Bad guys are often portrayed on TV, and in film, as super intelligent geniuses who’re one step away from ruling the world. They’re savvy and wealthy with a gang of bodyguards and accomplices who are always miles ahead of the law enforcement officers who can never quite seem figure out their next move.

TV crooks are unstoppable until the hero of the story overcomes all obstacles preventing them catching the super bad guys, including fending off advances from the most attractive spies the underworld bosses can send their way. TV heroes, those who’ve managed to make it to the final scenes, dodge bombs and machine-gun fire, and they face hitmen who’re the best martial artists in the world, with the exception of that lone good guy who just happens to know one more secret move than the top bad guy learned during his training.

It’s an action-packed adventure from day one throughout the case until the protagonist finally slaps a gold-plated set of handcuffs around the wrists of their adversaries.

Well, that’s all fine and dandy, but in the real world things are a tad bit different. For example, a “professional” crook I once encountered truly who considered himself to be as sharp as one of the TV-type mastermind criminals. He thought he was invincible and couldn’t be caught.

I was still working patrol at the time when my path crossed with … let’s, for the sake of this article, call him Kat Bungler. I was on my monthlong graveyard shift rotation—midnight to 8 a.m.—and the moon and sun were in the process of changing their own shifts, when dispatch called to report an alarm at a local convenience store. This was not out of the ordinary since many employees of various businesses—stores, banks, etc.—often forget to disable alarms before entering their places of business for the first time of the day.

During the occurrence of these daily and annoying faux pas, what should be moments of urgency very quickly disappear. After dozens of “wolf-crying” incidents at the same places, time and time again, cops have a tendency to roll their eyes and sigh when they hear the calls come in. Still, they have to respond even if all they’ll do is speak with an embarrassed store clerk or bank manager to learn that another “oops” had occurred. After all, you never know when one of those alarm calls is the real thing.

One particular day, though, in the very early morning hours around 5:30 a.m., a dispatcher announced an alarm call. This time she added two very important words to her message—“In-Progress.” She went on to say the caller said the suspect was still inside the business, a convenience store.

No eye-rolling this time. On went the blue lights and a mad race to the store hoping to catch the crook in the act of crookery.

When I and another officers arrived we, of course, surrounded the place. The clerk who’d reported the crime came running toward my car and through an excited mix of jumbled words she managed to tell me the guy was still inside. Well, that’s all I could make of what she said. I asked to take a seat in my patrol car, then a couple of us approached the front doors. As always we had no idea what to expect? Would he start shooting? No one knew. It was a tense situation.

I called to the man, ordering him to come out, and to my surprise he immediately replied with a lot of yelling and shouts for help. So, with guns drawn and aimed forward, we pulled open the door and took a quick peek inside.

It was all I could do to contain a bout of laughter, because what I’d seen was a large squirming man hanging upside down with the upper portion of his body poking down through the ceiling. His lower half, from his waist up was semi-concealed above, among a tangle of broken drywall, crumpled light fixtures, knots and loops of colored electrical wiring, and dented ductwork. And the guys was practically in tears.

This genius-level mastermind of the criminal world had used a dumpster and a stack of pallets to climb to the roof and used used an ax to chop hole in the surface. Then he tried to climb down into the store. But he lost his footing and slipped, which caused him to fall and tumble through the the buildings mechanics. Then, just as he was about to exit the ceiling headfirst, his feet caught on a series of electrical conduits. He was stuck in that position and remained there for a few hours while struggling to free himself. He couldn’t go up and he couldn’t come down.

When the clerk stepped inside to open up for the day and saw the guy dangling from the ceiling, she screamed. Simultaneously, she told us, the man began to yell and beg and whimper. She left him hanging and ran next door to call the police.

With the assistance of firefighters we pulled the dizzy Kat Bungler to safety, handcuffed him, and then transported him to the hospital for a checkup to make certain he was fit for jail.

Bungler, of course, was found guilty of B&E and destruction of property. His defense was that he climbed on top of the building as part of his daily exercise routine where he unexpectedly fell into a previously-chopped hole. The judge didn’t buy his story.

Later, Mr. Bungler found an attorney to represent him in a lawsuit against the store, claiming they were at fault for his injuries and that the clerk failed to call EMS when he was clearly in pain and was suffering from severe injuries at the time she entered the store. He called us a witnesses in his behalf. Yeah, that went over well. Sure it did.