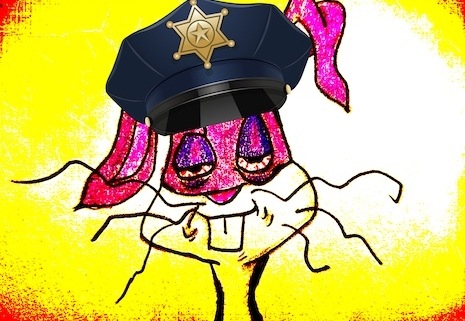 Is it just me or are you, too, finding it difficult to concentrate these days? The situation is surreal, isn’t it? And it’s causing a lot of what were once highly active brain cells to become dangerously inactive. Yes, energetic people are rapidly slowing their movements and thought processes to the point where those individuals have become practically unrecognizable.

But who can write while trapped inside our homes, in isolation? The only things missing at this point are black and white striped clothing, 4 p.m. and 10 p.m. count times, tower guards armed with rifles, and a roommate named Kila U. Dead #8675309.

Concentration and focus are slipping away, and I’m not sure, but I think it’s starting to affect me. Even writing this blog has become—hold on, I think the Amazon van pulled up. I hope they’re finally delivering the disinfectant I ordered back in early March …

No, it was just the wind.

Hey, did you guys have a bad wind storm last night? We did. Power was out for a while in a few nearby areas. And someone on Nextdoor wrote to say they saw snow flurries around midnight.

I found some Lysol concentrate online. I couldn’t believe my luck. It was like hitting the lottery. Found it the same day I scored toilet tissue and a few cans of beans.

So anyway, back to writing today’s blog article …

Speaking of blogging, did you guys read the article I once wrote a about a 4-foot-tall fortune-teller who escaped from prison. I called it  “Small Medium at Large.”

We haven’t left our property in over three weeks. We have groceries delivered but the pickins’ are thin. Meats are scarce and vegetables are limited to only one or two items per person, and that’s if those items are in stock.

To make up for what we can’t get from the grocery stores we signed up for an online meal delivery service. We select the meals we want and the company ships the ingredients for us to prepare at home. So far the food has been restaurant-quality-delicious. I typically do the cooking but Denene has prepared each of these meals. Since she’s a scientist she’s fantastic at following recipes. Me, I’m a panster—a pinch of this and a glob of that.

Coming up with new blog topics these days is a bit if a chore because … while I’m thinking about it, have any of you tried canned bread? I’d not heard of it before seeing a YouTuber trying it. He said it was a delicious treat loved by many New Englanders. I know, it’s hard to believe that Tom Brady left the Patriots. But Florida is warmer and they have no income tax.

Our state doesn’t have sales tax. That’s why so many people from surrounding states come here to shop 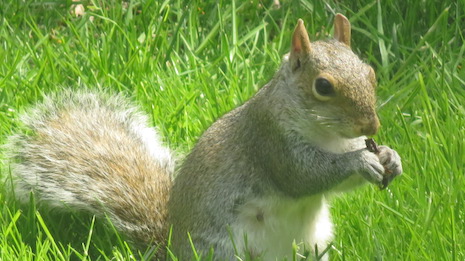 I was writing a blog one day about how lightning works. I was having trouble coming up with an ending, and then it struck me.

Last night during dinner we saw seven deer passing through our backyard. They stopped to have a nibble on the fresh, tender buds that have begun to sprout on the trees. Then something startled them, perhaps the Amazon van heading up the driveway, and they quickly disappeared into the woods. I wish we had some bamboo back there, like the clumping kind we had in California. Did you know that some toilet paper is made from bamboo?

Our garbage is picked up on Fridays and I can always tell when it’s the day to set it out because, without fail, that’s the day it’ll be raining. Yep, like clockwork, it rains on Thursday just as I’m ready to roll the cans out to the roadside.

Anyway, it was nice chatting with you but I have to go now because it’s time to …

What were we talking about?

The cop who made donuts decided to quit after he got sick of the hole thing.

And try to concentrate.

By the way, I found some Lysol concentrate online. Amazon delivered it.

I couldn’t believe my good fortune. It was like winning the lottery.