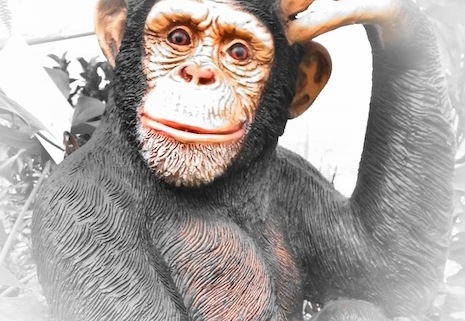 Law Enforcement. The job is dangerous, no doubt about it. Driving at high speeds. Guns. Bullets. Knives. Fights. Bombs. Well, you get the idea.

So what can officers, fictional or real, do to stay safe in a world where bad guys have no problem with taking pot shots at anyone, anytime? Certainly there’s no guaranteed method of living to see tomorrow, but cops are trained survivors. They’re taught the things they need to do to make it home at the end of the day, and they’re definitely taught the things officers should NOT do.

Unfortunately, with time, convenience often wins over safety. And let’s face it, a false sense of cozy well-being and street survival do not play well together. The complacency monkey that often hangs over the heads of many seasoned officers is very real and very dangerous

So, what can officers do to rid themselves of the deadly monkey?

2. Handcuff, handcuff, handcuff – Always handcuff suspects, and always handcuff to the rear. Never, ever cuff anyone with their hands in front no matter how passive they may seem. The exception, of course, is when transporting jail or prison inmates to court and other locations. Those situations occur long after an arrest when adrenaline and the desire to flee is greatly reduced. Still, some prisoners are flight risks and/or a danger to the officers and others and should be handcuffed to the rear. Safety first. It’s impossible to undo an assault, or death.

3. Hands – Always watch the hands. They can be used as deadly weapons. Always make the bad guy show his hands and keep them where you can see them.

4. Relaxing is for home, the beach, and at ball games. Never let down your guard when answering a call of any type. Each and every person encountered has the potential of harming or even killing you. And, speaking of relaxing, get plenty of rest during your off time. There’s nothing worse than being partnered with someone who’s sleepy, not alert, and not functioning at the top of their game.

5. Upper hand – Officers should always maintain control of the situation. Not the bad guys. Assume an advantageous position and keep it. Do NOT let the suspect move into a better position than yours.

6. The Cop’s Sixth Sense is rarely ever wrong. If something doesn’t feel right to you then it’s probably not. Regroup. Back out. When unsure, wait for backup. And that brings us to #7.

7. A dead hero will always be dead. There’s no shame in waiting for the cavalry to arrive. Do not enter into a dangerous situation alone, if possible. Sure, we all know there are times when you have to do some things that civilian folks would never do, but don’t be stupid.

8. Good equipment. Be sure all your equipment is in top-notch shape—radios working, handcuffs free of anything that’ll prevent them from locking in place, weapons are super clean, oiled, and ready to fire, OC spray is not out of date (be sure to shake the can once in a while to keep the ingredients well-mixed), ammunition is clean, magazine springs are in superb condition, etc.

9. Drive safely. Use the tips you were taught in the academy. Two hands on the wheel (let your partner work the radio and lights, if you have a partner). Never follow the suspect’s tail lights unless you intend to follow him off a cliff. Be aware of your surroundings at all times. BACK OFF the pursuit if you’re uncomfortable with the speed you’re traveling. Remember, the bad guy can’t outrun your radio. You already have the license number and description of the car, right? One dumb bad guy getting away is not worth your life. Never.

10. Always wear your vest. Wear reflective gear when directing traffic or at accident scenes. Use flares when needed. Get plenty of exercise and eat well and eat healthy food. And train, train, and train!

Spend time with your family.

“Here we go ’round the dry thistle
Monkey can climb but I can whistle
He can’t sing and I can’t dance
And the monkey don’t have to wear no pants.” The Nitty Gritty Dirt Band, “The Monkey Song”

You. Will. Survive. Three of the most important words I heard during my entire time attending the basic police academy.

Several years later it was I who was drilling the phrase into the minds of hundreds of recruits. After all, thoughts of my survival speech, and many others like it in academies across the country, could be the catalyst that gives the much-needed shove after an officer is badly wounded and is teetering between giving up and pushing on to live another day. Indeed, three very important words to remember.

Sure, rookies know it all, or think they do. They’re fresh out of a lengthy and grueling training period that prepares them for whatever could come their way. Well, almost everything. The world still toss out surprises.

But there they are, shiny faces and short hair. Ill-fitting uniforms and new scratch-free equipment on their brand new duty belts that still smell of freshly-dyed leather and oil. New information fills their brains (“Do this. Don’t do that. Watch this and look for that.”).

The’ve just completed Hell Week (defensive tactics where pain rules the day) so arrest techniques are fresh in their minds. Their shooting and driving skills are sharp. They are nothing short of walking, talking, hyper-vigilant cop machines who can run fives miles while drinking protein shakes, cleaning their sidearms, and reciting Black’s Law Dictionary in reverse order, from ZZZZ BEST to A FORTIORI.

The point is, rookies are probably far more alert than the officer who’s been on the job for several years.

Why is it that more experienced officers have a strong tendency to become—here it comes, the dreaded “C” word—complacent?

Well, like other professions, doing the same thing over and over and over again becomes a bit tiresome, especially when that same-old, same-old involves the same two people time and time again (“He hit me.” “No, he hit ME!”). Unfortunately, it’s often the 300th time you respond to Junior, Jr.’s trailer out on Route 5 that he decides to shoot a cop. It could be the meth or the Jack talking, but dead is dead. There “ain’t” no coming back from that mistake.

So remain alert, even after you’ve been on the job for 30 years. Charm and your good looks will only get you so far. Not everyone thinks it’s adorable that your spare tire loops over your gun belt in several places. 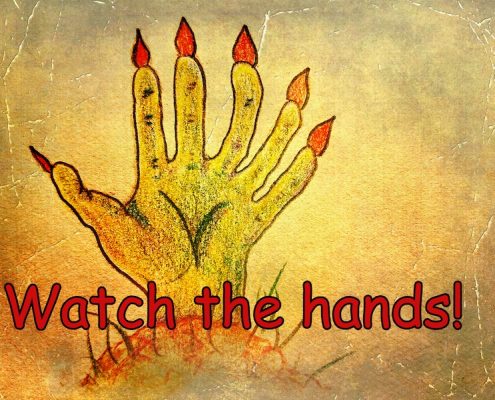 Sure, the eyes are sometimes telling and they telegraph intentions, but it’s the hands that kill, not the eyes. Watch the hands. If you cannot see them then it is imperative that officers consider the person to be armed.

A suspect’s actions and even clothing are often strong indicators of their intentions. I know, the “action” part is self-explanatory, but how could a person’s dress be an indication of future intent to commit a crime, or to assault an officer? Picture a man wearing a long coat in the middle of August, in Atlanta. That’s an indicator that the man, or woman, could be armed and are using the coat to hide the weapon. Or, suppose a person refuses to show his hands? He may not be armed but there’s no way an officer could know until the hands are seen.

Officer line of duty deaths in 2017 are currently up 8% over this time last year. Deaths by gunfire are up 4%. Of those gunfire deaths, if the past is any indication, there’s a strong possibility that at least some, if not most of the officers didn’t have their weapons unholstered at the time they were shot. Those who didn’t have their weapons drawn were most likely approaching a house, a suspect, or a vehicle to make initial contact. Remember complacency? Happens to the best of us.

When is the time to relax and let down your guard? Easy answer. When the call is complete and you’re safely away from the scene.

There’s an old saying that goes something like this (I apologize if the wording is off), “Waiting buys time. Distance buys time. Time buys survival.” I’m not sure where or when I first heard the phrase, but it’s stuck with me for many years, and I imagine the words, as sparse as they are, saved my rear end a few times over the years.

Think about that for a moment. The officer stopped a car, believing the driver was armed and wasn’t afraid to use his gun. He stopped that driver fully aware that he was placing himself in danger to protect the lives of others, yet the driver complains because the officer asked to see his hands.

Keep in mind that it was political correctness that contributed to the shooting deaths of five Dallas officers and the wounding of nine others. The shootings occurred during a protest where officers were ordered to not wear protective gear because some people thought it appeared too scary and militaristic. So those lives were taken and the others affected for the rest of their time on this earth because leaders didn’t want to offend someone. The lives of the officers obviously meant nothing to politicians. So no, officers are not keen on political correctness when it compromises their well-being and the safety of citizens, and the very people handing down these stupid orders. 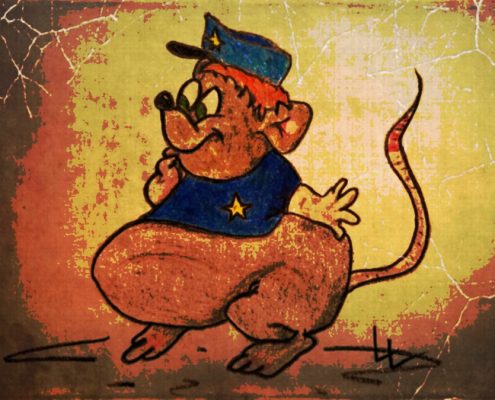 To sum up, officers should remain alert, take nothing for granted, assume nothing, trust no strangers (and some friends), watch everyones’ hands, stand with their backs to a wall, any wall, all while calling for backup, unholstering their weapons when necessary, clearing their minds of everything other than the scene before them, running toward gunfire to save the lives of others, and remembering that …

*To learn more about officer survival click the highlighted link above (You. Will. Survive.).