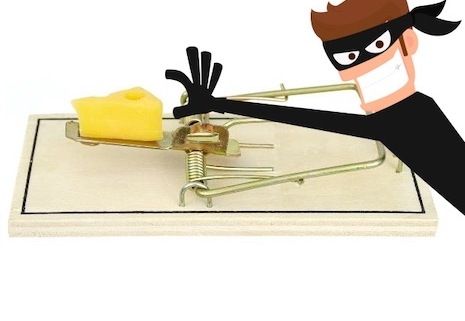 I’ve heard the word entrapment spoken to or shouted at officers, including me, at least a thousand times over the years, especially when undercover ops came to a close and the bad guys discovered the true identity of a person, an undercover police officer, they’d admitted to their inner circle. That it was the undercover agent to whom they’d spilled their deepest secrets. And it was the sneaky cop to whom they’d trusted enough to sell mounds of illegal goods such as cocaine and/or guns. Those officers who, while during the course of their assignments, concealed their identities to infiltrate criminal enterprises.

And it doesn’t stop there, with undercover operations. No, not at all. I’ve had the word tossed at me during traffic stops and during investigations of murders, burglaries, white collar crimes, and even B&Es.

Entrapment is often a go-to word when a bad guy is caught with his hand in the cookie jar. It’s almost as if some people think it’s a “get out of jail free” card.

So what exactly is entrapment?

For starters, it’s more than simple trickery, such as when undercover cops grow long hair and beards, and wear jeans, t-shirts, and tennis shoes as part of a disguise so that they’ll fit in with a certain crowd. Or, when a female officer wears a tight, short skirt and 10-inch heels while parading along sidewalks pretending to be a hooker who’s fishing for “customers.”

A person is “entrapped” when he is persuaded by police, or their agents—someone acting on their behalf, such as an informant—to commit a crime that he had no previous intention of carrying out. In simpler terms, the officer or agent of the police convinced the person to commit a crime he otherwise would not have committed. Cops may not plant the “commit the crime seed” into the mind of an innocent person.

A defendant who is the victim of entrapment may not be convicted of the crime.

The Department of Justice details entrapment as …

“Entrapment is a complete defense to a criminal charge, on the theory that ‘Government agents may not originate a criminal design, implant in an innocent person’s mind the disposition to commit a criminal act, and then induce commission of the crime so that the Government may prosecute.’ Jacobson v. United States, 503 U.S. 540, 548 (1992). A valid entrapment defense has two related elements: (1) government inducement of the crime, and (2) the defendant’s lack of predisposition to engage in the criminal conduct. Mathews v. United States, 485 U.S. 58, 63 (1988). Of the two elements, predisposition is by far the more important.

Inducement is the threshold issue in the entrapment defense. Mere solicitation to commit a crime is not inducement. Sorrells v. United States, 287 U.S. 435, 451 (1932).”

Solicitation of a Crime is NOT Entrapment! 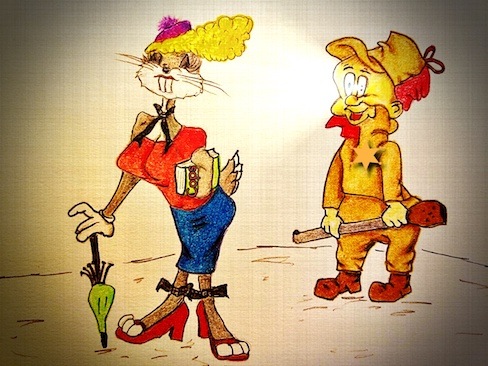 It’s perfectly legal for police officers to pretend to be someone they’re not in order to get to the bottom of a criminal case. For example, the undercover officer who pretends to be a an arms dealer who requests to purchase illegal firearms from a suspected criminal.

It is not entrapment when a person is ready and willing to commit a crime when approached by an officer, undercover or not.

Entrapment is a legitimate defense. However, the burden of proof is squarely on the shoulders of the defendant. To claim inducement, a defendant must prove that police conduct absolutely created a situation where a law-abiding citizen (the defendant) would commit an offense. The defendant must prove to the court that he was unjustly persuaded, coerced, threatened, and/or harassed into a situation where he committed the crime for which he was charged.

Again, an undercover officer who merely approaches someone to ask if they’d be willing to sell the officer a quantity of drugs, and they do, this is not entrapment. The officer in no way unjustly persuaded, coerced threatened, and/or harassed the subject. Instead, he asked for a product and the subject delivered the goods.

For example, the case of Officer Ima Agent and cocaine seller Willie Deal:

Officer Ima Agent, dressed in jeans, a Grateful Dead t-shirt, and scuffed, red Chuck Taylors, sees Willie Deal, a suspected drug runner, standing on a street corner. She sees Deal make several exchanges with people—cash for small, pebble-shaped pieces of aluminum foil. So she approaches Deal and their conversation goes something like this.

Deal gives the female undercover cop a head to toe once over. “Just chillin’. Know what I’m sayin’, Shorty?”

“I’m in town for the weekend visiting my boyfriend. He’s in the county lockup and one of his friends, Joe Blow, said I might be able to hook up around here. He point me in the right direction?”

“Just a rock or two. All I got is thirty bucks, though.”

Deal gives her another look. Thinks for a minute. Looks around. Another look. “Okay, Shorty. Let me see the thirty and see what I can do.”

Deal produces two small foil-wrapped packages. Agent opens one to inspect the goods and determines that it is indeed crack cocaine. Then she signals to her partners with a quick a scratch to the right side of her head, the sign to move in to make the bust.

The scenario between Agent and Deal is a legal arrest. No entrapment.

Deal was absolutely ready and willing to sell drugs. Agent in no way unjustly persuaded, coerced, or threatened Deal to sell her the drugs.