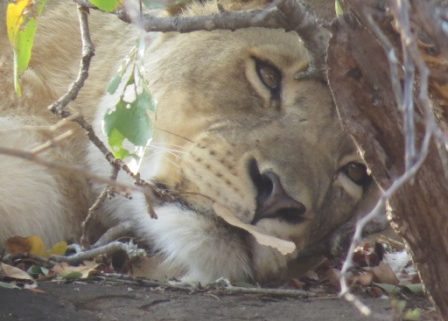 A funny thing happened on the way here this morning. My day started as usual, with me turning on my computer, checking emails, a quick peek at Facebook, a hurried glance over the day’s headlines, and logging into my site.

Imagine my surprise when, as I reached my log-in page, I bumped into a pimple-faced young man wearing thick, round spectacles, a sky blue button up shirt (pocket filled with an assortment of pens and mechanical pencils), faded jeans, and white sneakers.

The stranger’s pale complexion flushed bright pink when he turned and saw me behind him. Of course, I immediately asked what he was doing at the entrance to my website with his ear tightly smashed against the juice glass he held to the door. Well, let me tell you, that nervous young fellow commenced to stuttering and stammering and banging his tongue and lips together as if they were completely out of synch. And, since his right ear was the color of over-ripe cherries, it was obvious that he’d been listening to our conversations. That’s right, he was listening to you and me as we discussed the latest cop stuff.

On the floor next to the geek’s feet were a dozen or papers, all laying at various angles, like he’d been shuffling through trying to find a particular page. Before the odd man could object, I reached down and grabbed a couple of the lined sheets, and I was startled by what I saw written in bold, blue ink—The Graveyard Shift. Past keywords…guns, ammunition, dead bodies, rigor mortis, police, bad guys, terrorists….

Being the clever detective that I am, I immediately figured out the guy was spying on my website and its readers. Another glance down the page and I discovered my cell number. And then I saw credit card activity, email addresses, passwords, and NSA… Hey, that’s the National Security Agency. The Feds. I had to look away because this was making me ill. Not only was the guy spying on my website, he’d been monitoring my every move, which explained the bump I heard on the front porch last night (he was probably outside our windows, peering in to count the number of blueberries I’d placed on top of my 8pm snack of yogurt and fresh fruit).

I knew I had nothing to hide, but the thought of government computer-geek secret-agents watching me as I go about my daily business is a bit troubling to say the least. I started to think…hard. Were they also monitoring my water usage? Are they counting my flushes? How about watching me in the shower? Do I use too much shampoo for so few hairs? Am I a…a…(gulp), water-waster?

Do the NSA super-secret squirrels know about the piece of chocolate I ate yesterday. I know it’s against doctor’s orders, but it was calling my name. After all, it was that delicious dark chocolate from Trader Joes that I like so much.

You know, I’m all for keeping U.S. citizens safe, and I’m willing to go the extra mile to do so. But we already have TSA agents feeling up old ladies and pawing through our unmentionables. We’ve been forced to become the timid and submissive air traveler who cannot “cluck” too loudly about crappy service out of fear of being booted off a flight or being placed on a no-fly list.

We’re herded through airport security lines like cattle or chickens on the way to slaughter. We stand by silently and passively while our luggage is mutilated, mangled, or tossed into the bottomless black hole that surely exists somewhere in the bowels of all airports. We don’t talk back to the people in the blue shirts when they order us to remove our shoes, display our personal belongings to everyone in the line behind us, and hold our arms up and reach for the sky while “security” officers ogle our “sensitive” areas and blow a puff of air aimed at our armpits, feet, and crotches.

We have cameras at every street corner, on nearly every telephone pole, spy drones that look like hummingbirds, and satellite photography that’s so powerful it can zoom in on the hair on a gnat’s rear end.

We’re told what and how much to eat, and our favorite TV shows are interrupted so someone can tell us this is all for our own good. You know the drill. Eggs are bad. Eggs are good. Milk is bad. Soda is in. Soda is out. Green beans are good. Green beans are contaminated. All meat is poison. Brown rice is good. White rice is bad. No potatoes. No alcohol. And, whatever you do, don’t smoke the mary-j-wanna even if the plant can help cancer patients and people who suffer from chronic pain or epilepsy.

Sure, taxpayer money multiplies freely and quickly, without end (yeah, right). Our dollars are always standing by ready for the plucking, and that’s what the government does best…pluck our hard-earned money directly from our wallets and purses.

So I have an idea. Instead of wasting so much time battling hard-working, honest Americans, how about finding out why it is that we’re forced to pay crazy-high taxes so politicians and the IRS can spend the money on lavish parties, conventions, trips, and gifts for themselves. The government spends our money like there’s a never-ending supply of the stuff (Their philosophy…don’t worry, if we run out of cash we’ll simply raise taxes on the people who make less than we do). Pluck those wallets!

And then there are the dollars spent on worthwhile projects like these chin-scratchers, ones that should cause the average person to pause for a quick, “Hmmm…” 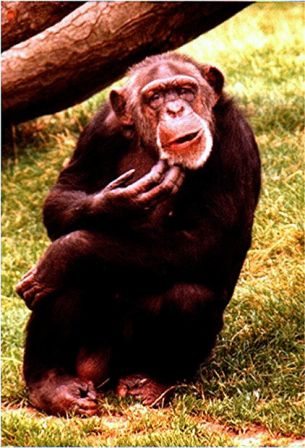 – more than $200,000 to a research project that is trying to determine how and why Wikipedia is sexist.

– $30 million spent on catfish inspections by two separate agencies, while Homeland Security spent $66 million to do the same thing on the same catfish. Why not hire a couple of the noodlers we see on TV? Those folks make a weekend out of playing in muddy water, reaching their ham-hock size hands beneath stumps and logs to retrieve catfish the size of small rhino’s. And they do it for free, and I’ll bet they know just as much if not more about catfish than the average guv’ment man or woman.

– The military spends more than $1 billion each year on 159 contractors that translate foreign languages. Wouldn’t it be cheaper to buy assorted copies of Rosetta Stone and distribute them to some of the catfish-counters who might then have a real job?

– $804,254 to develop a smartphone game called “Kiddio: Food Fight” The game was designed to show parents how to convince their children to make new healthier food choices.

– The National Technical Information Service sells reports to other federal agencies, 75% of which can be found online for FREE!

And, of course, there are the pocket change items, like the $90,000 spent to upgrade security at a spring training camp for professional baseball players.

I have an excellent idea for you U.S. government spy-on-me-folks. How about turning the camera lenses around and let the citizens watch you guys for a change. Then again, I don’t think I want to see what you guys do behind closed doors. It’s already bad enough seeing what’s made public.

Castle: Once Upon a Time in the West – A Good Cop/Bad Cop Review
Scroll to top